TRANSPORT Agency To Explore How To Speed Up Bus Motorway Journeys

TRANSPORT Scotland is to look into bus priority measures for Glasgow’s motorways.

The national transport agency stated: “We will explore reallocating road space on parts of the motorway network around Glasgow to high occupancy vehicles such as buses.” 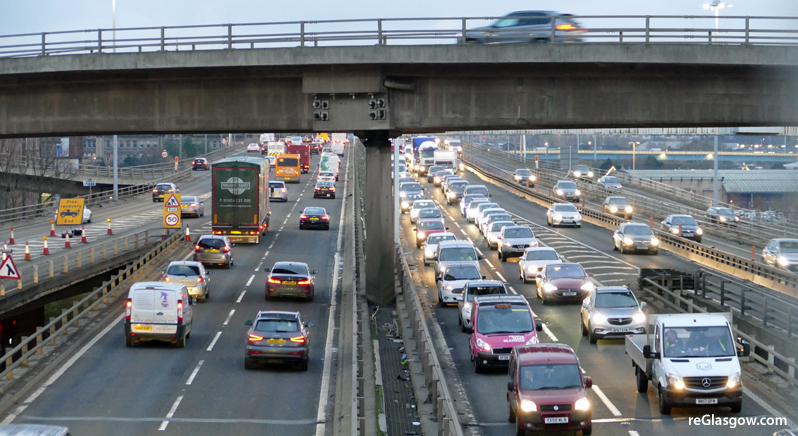 The move is part of environmental measures announced in the Scottish Government’s future programme which included more than £500million for improved bus priority infrastructure to tackle the impacts of congestion on services and raise usage.

Working to reduce bus journey times on Glasgow’s motorways was a key recommendation in a major report published by the city’s Connectivity Commission earlier this year.

It stated: “Since opening in 1997, and despite M8/M77 junction enhancements in the mid 2000s, the M77 has demonstrated how new roads fill up with traffic, and is now a clogged-up corridor where congestion is such that morning peak traffic is now often queuing from beyond junction 5 by 7:30am.

“These problems persist for all [bus] services accessing that critical corridor, e.g. the X76 from Kilmarnock to Glasgow has a running time differential where peak morning journeys are 57 per cent longer than the same journey during off-peak running.”

The report continued: “Motorway bus priority measures are an effective means of making the most efficient use of limited road capacity. Improving bus journey times and reliability, particularly during peak hours, can encourage a modal shift from private car.

“Given the benefits these measures could deliver, further investigation is warranted to explore their viability on each of Glasgow’s radial motorway routes.”