A RADICAL £10billion transport blueprint for Glasgow is being proposed by the city’s Connectivity Commission.

It says a ‘metro’ network of tram or light rail lines should be created to connect areas not served by trains.

Other proposals in the 20-year vision are:

— Bus priority on the motorway network 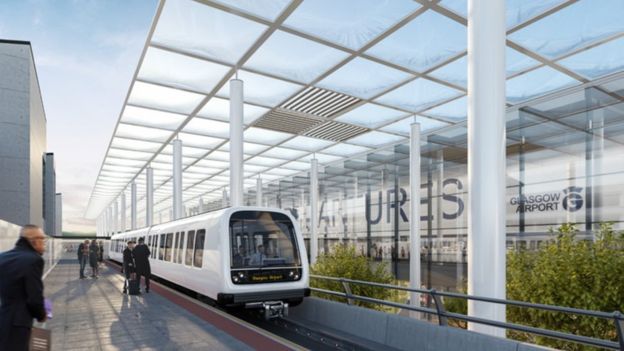 The first metro route would link Glasgow Airport, above, to Paisley Gilmour Street Station and later be extended into the city centre via the airport’s manufacturing innovation district to Renfrew, Braehead shopping centre and the Queen Elizabeth University Hospital. 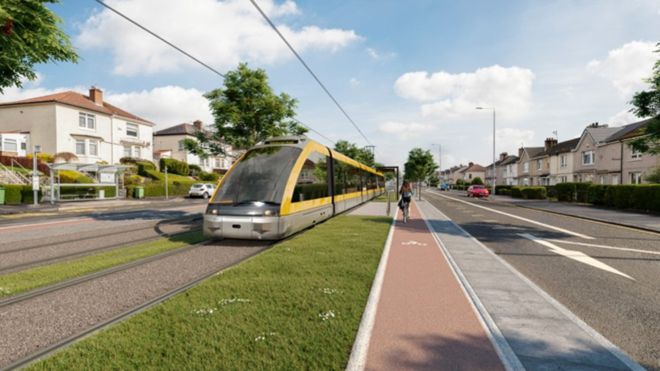 The metro network would be established in several ways:

— Using railway lines that were closed,for example,the former Central low level line via the Botanics to Maryhill and the London Road tunnel to Parkhead and Tollcross.

— Changing sections of the heavy rail network, such as the Cathcart Circle and Glasgow Central Low level, to light rail with more stations.

The Connectivity Commission was set up as an independent body by the city council in 2017.