ANOTHER attempt is being made to get the go-ahead for a major housing development at a former bus depot in Glasgow’s East End.

AS Homes (Scotland) had applied to build 139 house and flats at 252 Tollcross Road, near Parkhead Cross. 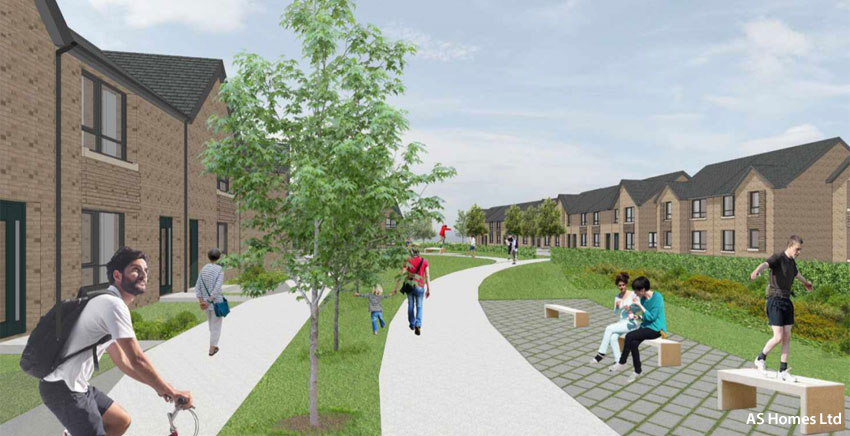 Ninety-seven houses and 42 flats are proposed, with a mixture of one, two and three-bedroom properties. A previous application was refused by city officials earlier this year for a variety of reasons.

A design statement submitted with the new planning application explains: “There will be a range of homes provided as part of the development, in order to cater to a wide range of people and circumstances. There will be a variety of two and three-bed terraces, three-bed semi-detached properties and one and two-bed flats.

“This would be provided by a range of heights, to suit various locations on the site. Four-storey flats are provided to Tollcross Road, tying into the existing grain of the street, with three-storey flats further down Canmore Street and a variety of low-rise units to the inner realm of the site.”

Landscaping includes a new north/south “urban park” and the creation of a “pedestrian-friendly arrival space” on Tollcross Road, close to local amenities and public transport.

The proposal is pending assessment by city planners.