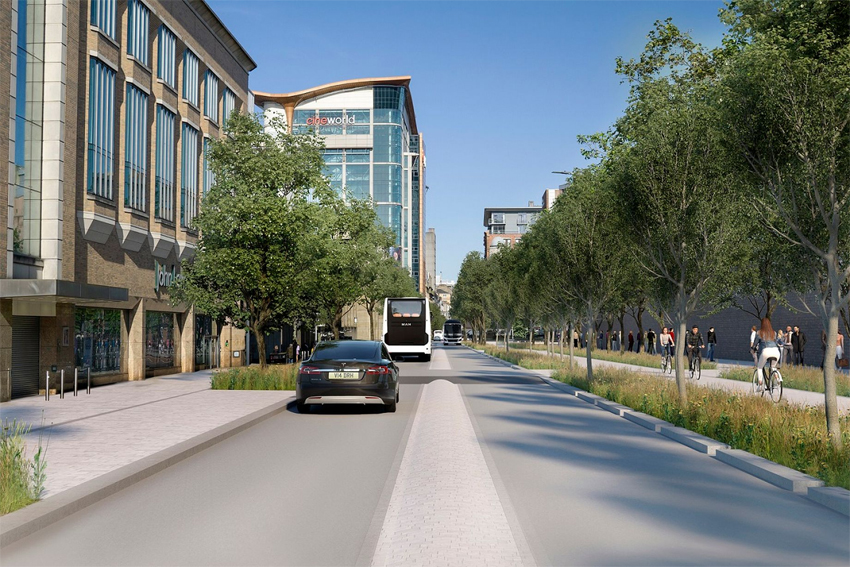 How Killermont Street would look, above, and how it is now, below. 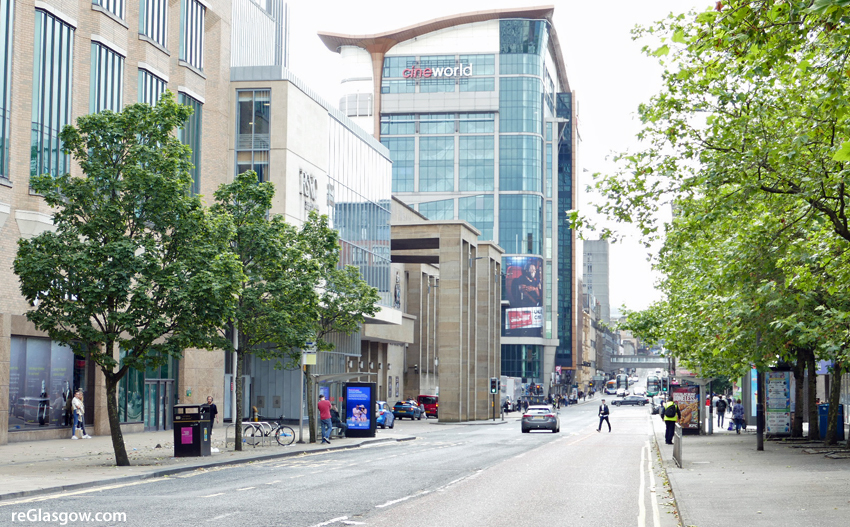 The £115million Avenues project, funded by the Glasgow City Region City Deal, will create an integrated network of continuous pedestrian and cycle routes,  transform the city centre’s streetscape and public realm, making it more “people-friendly”, more attractive, greener, more sustainable and more economically competitive. Construction is being phased over the next five years. 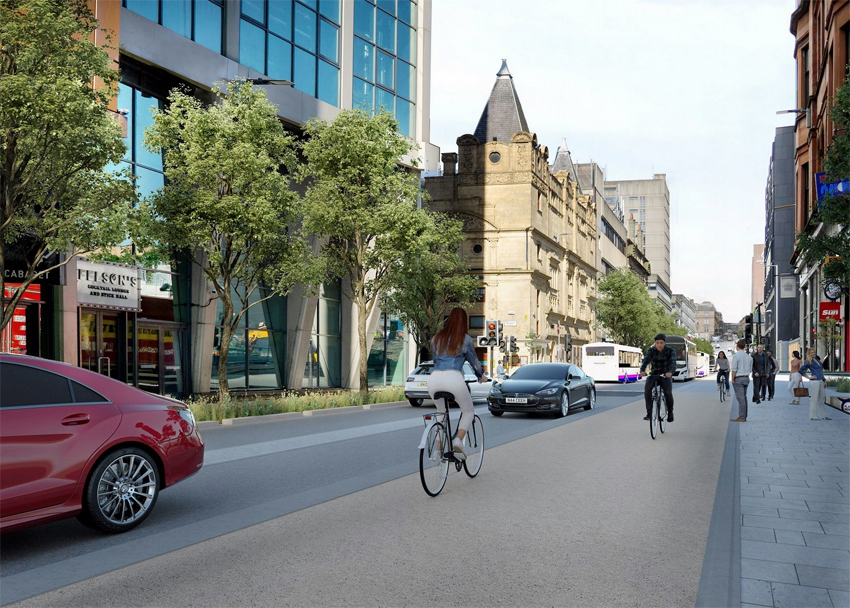 How Renfrew Street would look, above, and how it is now, below. 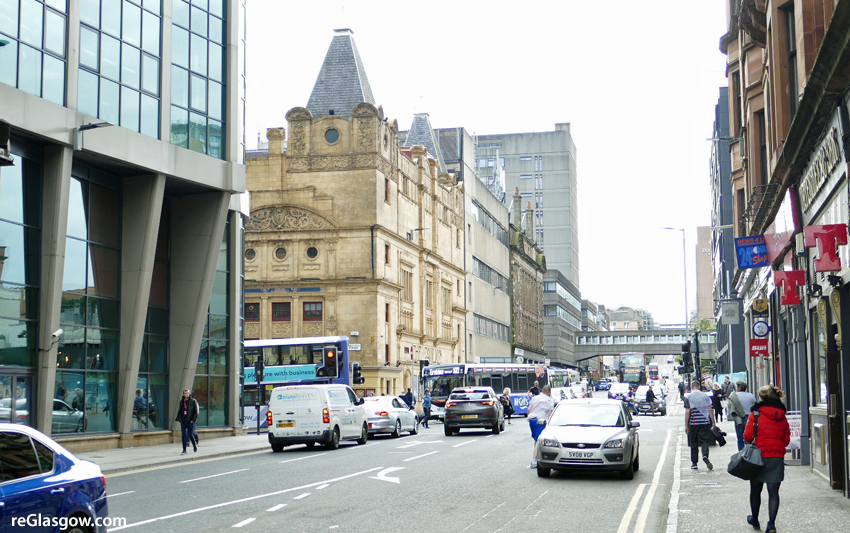 From Tuesday (23 July) until 18 August there will be on-street and online consultation about Renfrew Street/Killermont Street/North Hanover Street. 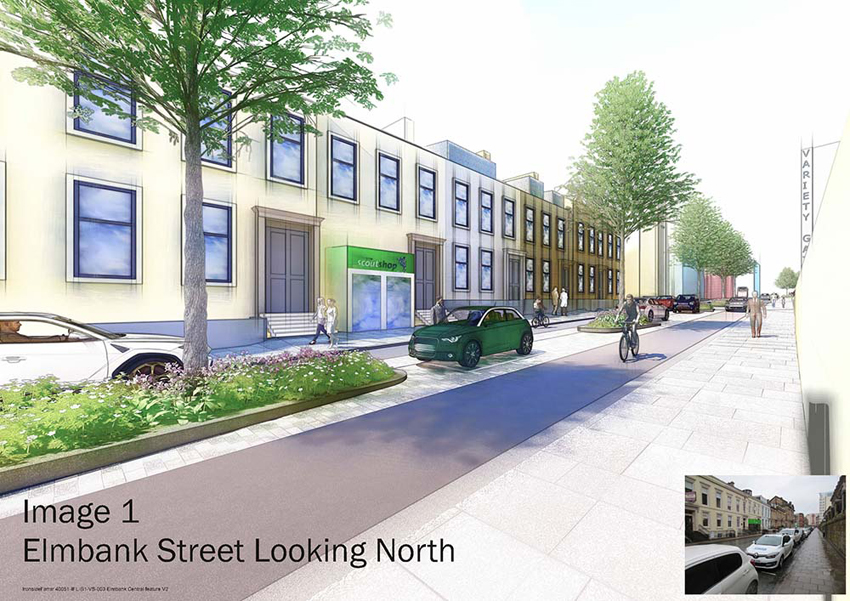 Feedback about the Holland Road/Elmbank Street/Pitt Street proposals, which include a pocket park, is also being sought online. 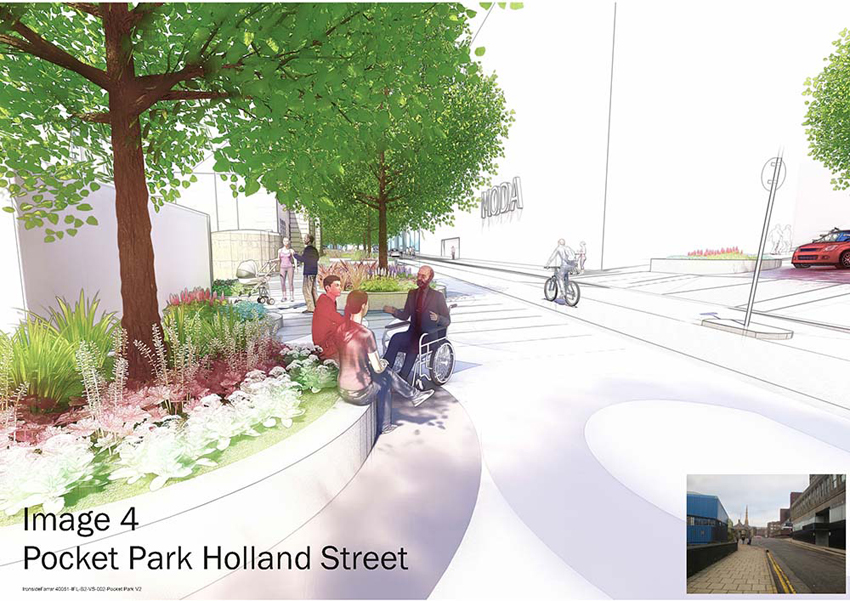 The Avenues is the biggest active travel project in the UK. Work on the first Avenue — Sauchiehall Street between Charing Cross and Rose Street — is nearing completion.

Plans for the Avenue treatment for Argyle Street were also consulted on last year.

More information about the programme is available on the Glasgow City Council website.