PUBLIC consultation begins this week on initial designs for the next phase of the Avenues project in Glasgow City Centre.

It involves the Sauchiehall Precinct (between Rose Street and Buchanan Street); the Underline (connecting the West End to the city centre via St George’s Place, Phoenix Road and New City Road); and Cambridge Street. 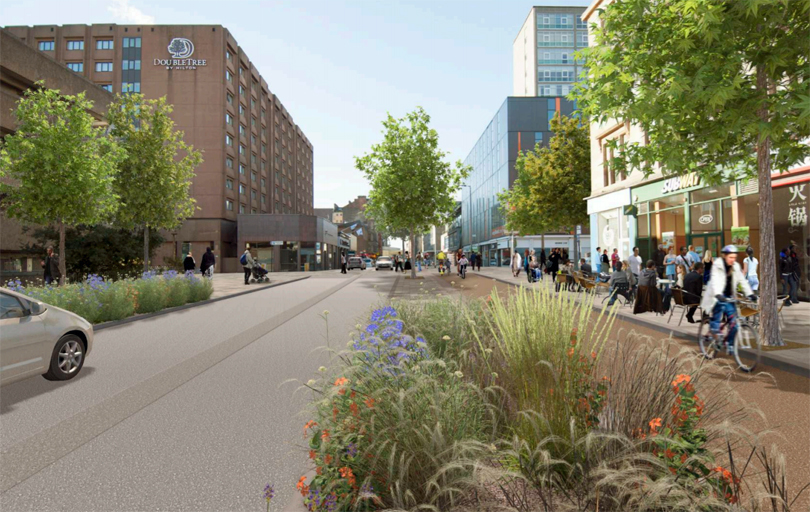 Initial design for Cambridge Street, above, and, below, as it is now 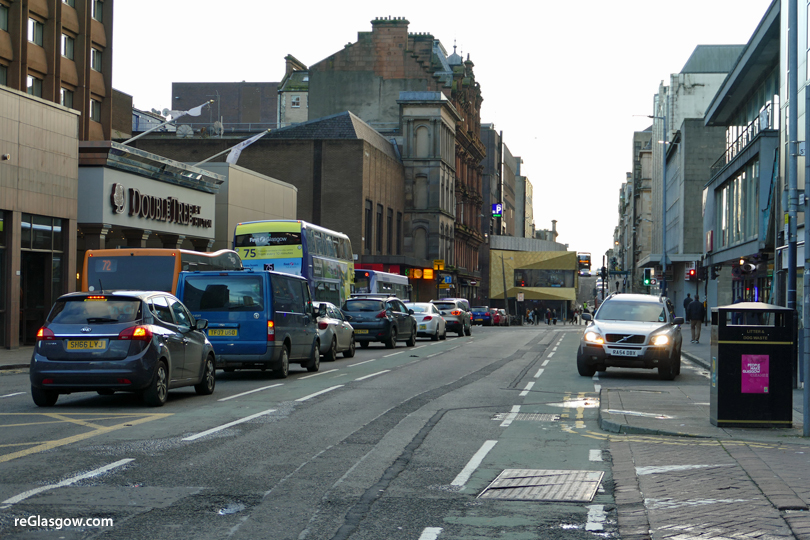 The £115million Avenues project is funded by the Glasgow City Region City Deal, and will see key streets redesigned to protect and prioritise space for cyclists and pedestrians, improve connectivity, introduce sustainable green infrastructure through attractive streetscapes and improve the way public transport is accommodated.

The consultation will be both on-street, in the city centre on 16 and 17 November, and online at www.glasgow.gov.uk/avenues. 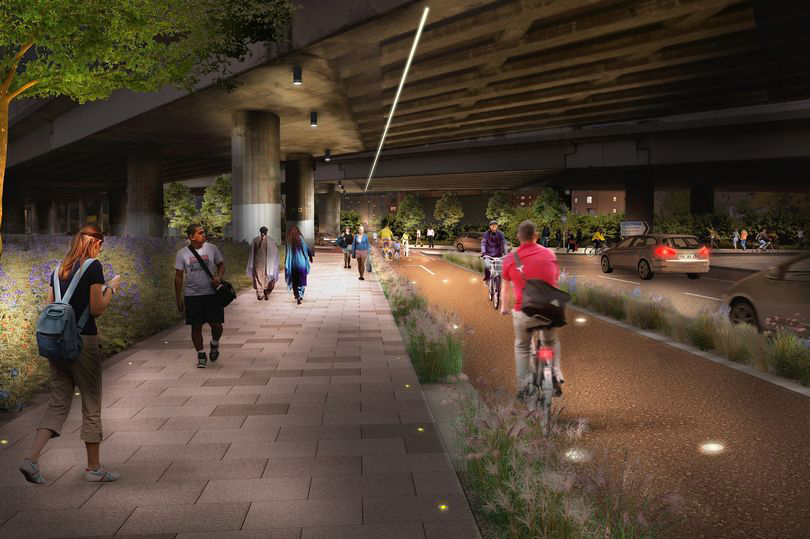 Initial design for Phoenix Road, above, and, below, as it is now. 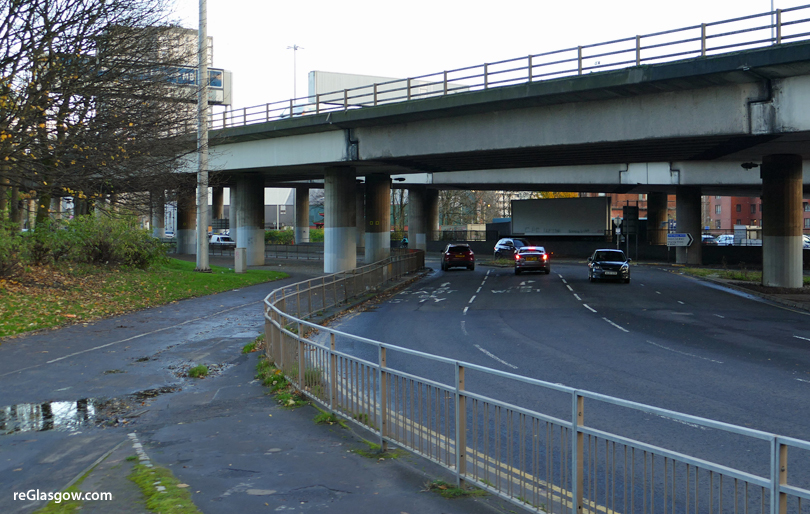 It follows the public being asked earlier this year for their opinions on the concepts for Argyle Street, between Anderston Cross and Trongate, and through St Enoch Square, Dixon Street and down to the Clyde.

Work on the Sauchiehall Avenue is currently underway, and this will be the first of 16 created in the coming years. 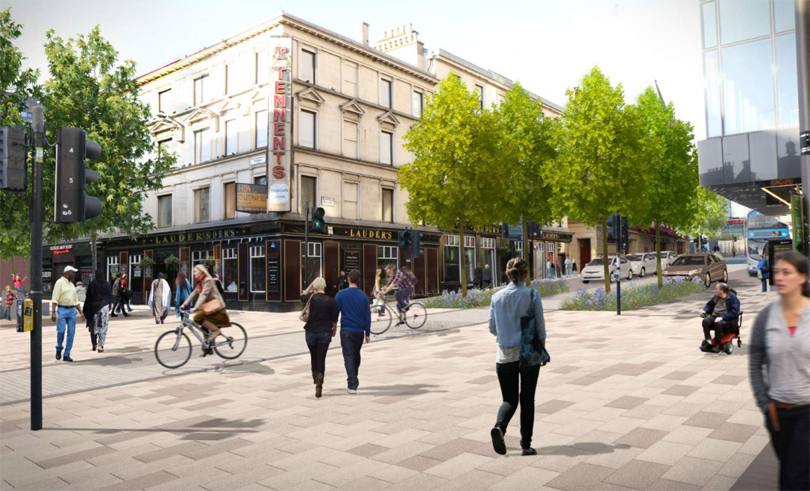 Initial design for Sauchiehall Precinct at Renfield Street, above, and, below, as it is now 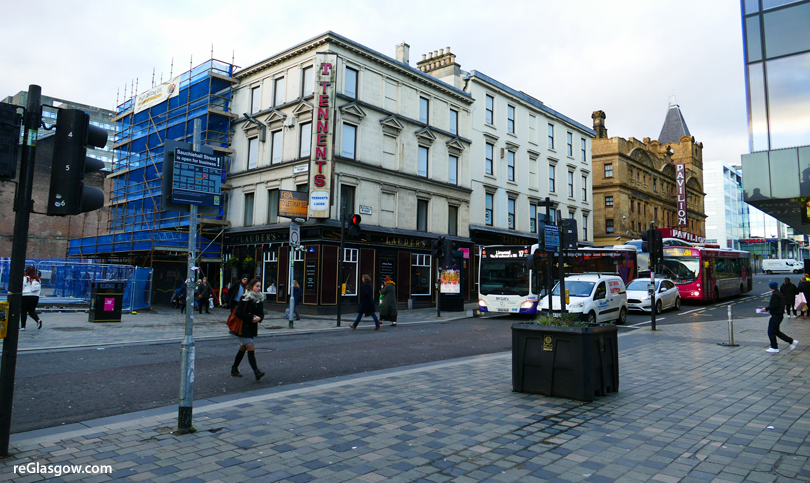 Councillor Susan Aitken, leader of Glasgow City Council and chair of the Glasgow City Region City Deal Cabinet, said: “This is an opportunity for our citizens to become involved in the changing face of our city centre. The city centre is the heart of Glasgow. It’s where so many of us come to work, to socialise, to shop and to meet and every Glaswegian has an interest in its well-being.

“Some £115million is being invested in the Avenues project and it will have a positively transformative impact on the social and economic life of our city centre streets. So it’s vital the public take part, that as many people as possible give us their views on these initial designs for the some of our key thoroughfares.

“We want to get this once-in-a-generation opportunity right, to deliver something for Glaswegians with Glaswegians. At the end of this process, we want to look forward to streets attracting even more people to the city centre and take satisfaction that our people have helped shape that.”

Stephen O’Malley, founding director of Civic Engineers, the company leading the multi-disciplinary design team for the first group of Avenue, said, “The initial design concepts we are sharing for this round of consultation focus heavily on strengthening the existing connections between the city centre and the West End.

“The links between these two parts of the city are crucial and we want to improve them so they are more inviting and attractive to encourage people to walk or cycle more.

“With Sauchiehall Street we are looking to build on the existing pedestrianisation and make it a more attractive place to be with more seating, green elements and introducing some informal play for children. The public response to the previous consultation was hugely positive. The Avenues presents an amazing opportunity to transform Glasgow’s city centre streets and we look forward to hearing what they have to say.”