PLANNING permission has been given for a 14-storey grade A office development in Glasgow City Centre.

Whiteburn Developments have been given the go-ahead for a 100,000 square foot project at 64 Waterloo Street, to be known as The Still. 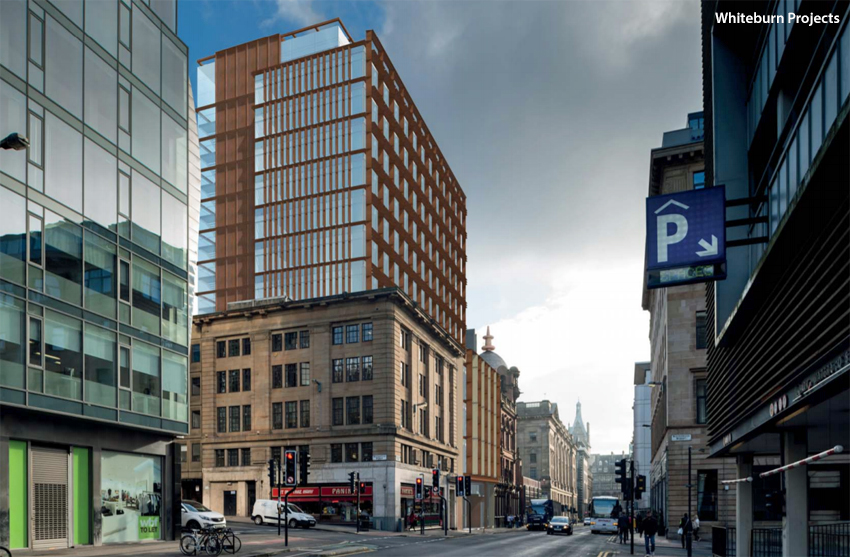 Above, and below right, how the development is expected to look

It will retain the main historic elements of the red sandstone 1890s B-listed Distillers House building at the site, with a new 14-storey structure built behind.

A neighbouring unlisted building containing The Admiral Bar would be demolished to make way for a modern entrance structure level with the street. A cafe/restaurant would be provided at ground floor level. 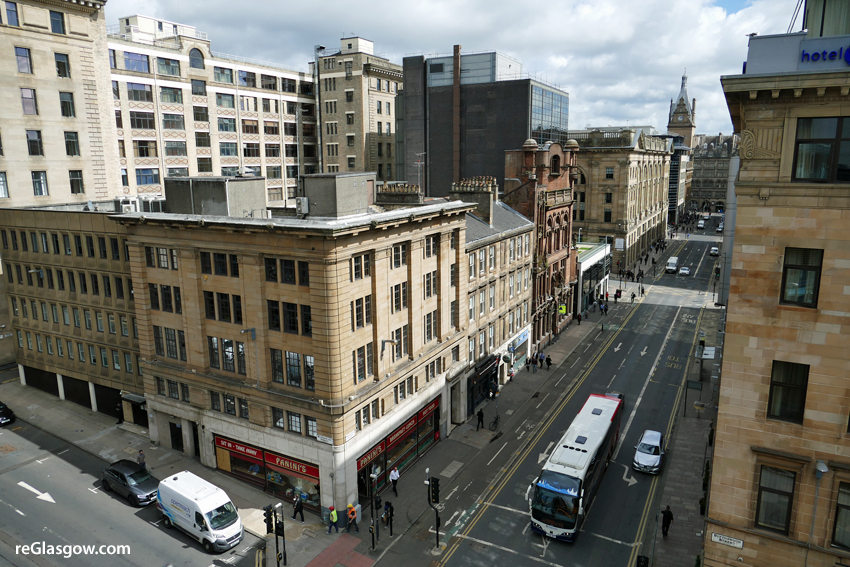 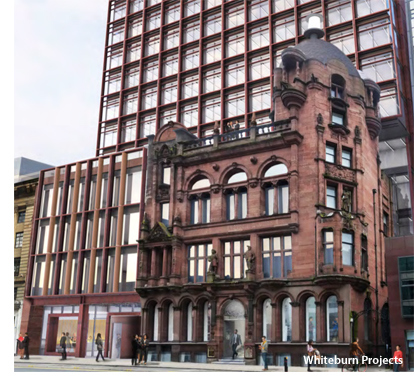 Documents submitted with the planning application state: “The proposal is for a high quality city centre office development which also includes a publicly accessible business hub and cafe at ground floor.

“It is a mid-block assembly of two adjacent plots, numbers 64 and 70-72 Waterloo Street. Both buildings have irregular and inflexible spaces, which are inadequate for modern office requirements.

“The proposal is to repair and restore the listed Distillers Building and to improve its prominence as a landmark on Waterloo Street. This will also require the reinstatement of architectural features, which were lost in a fire sixty years ago.”

Whiteburn’s website states: “There will be a real sense of creative urban energy at The Still – we think it will become the only building any professional, creative, ambitious, cutting edge firm would want to flourish in.” 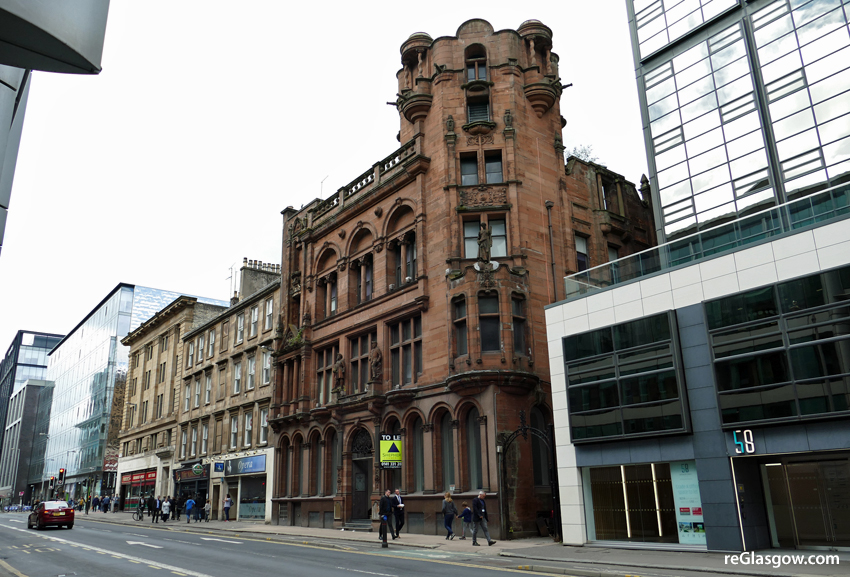 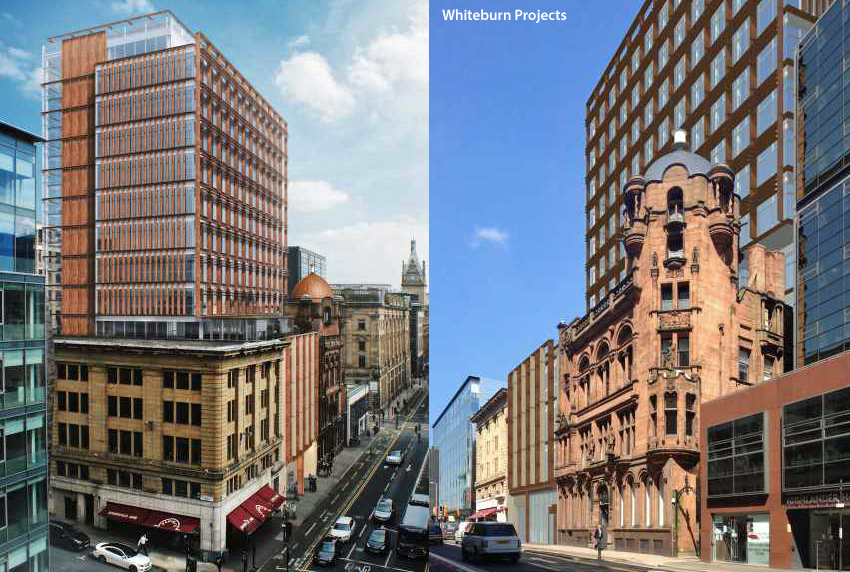 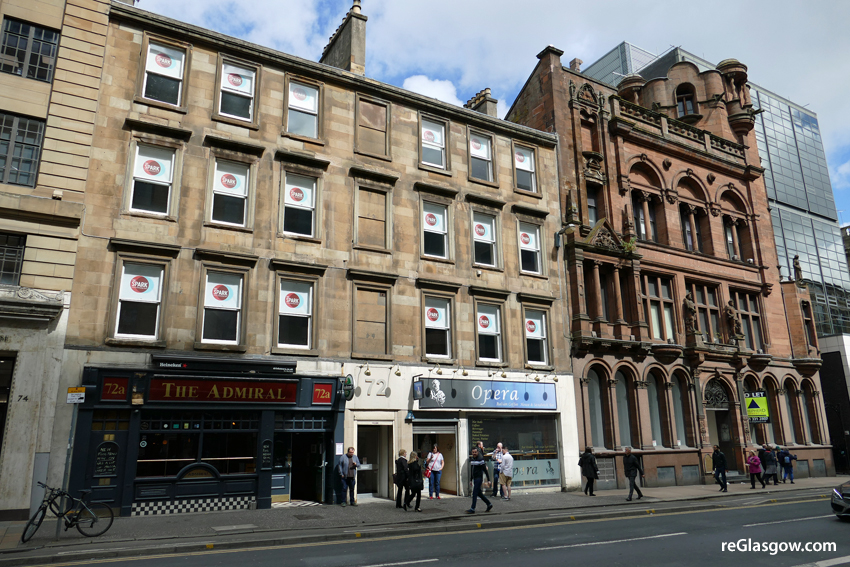