HUNDREDS of passengers were stranded on the Waverley paddle steamer for six hours after it broke down during a Clyde cruise.

The Glasgow-based vessel, packed with day-trippers, was forced to anchor in the middle of the river, between Greenock and Helensburgh.

Dunoon was among intended calls for the cruise, to coincide with the Cowal Highland Gathering.

One passenger said: “We have been stuck out on the Clyde for more than three hours. It’s beginning to get really frustrating.” 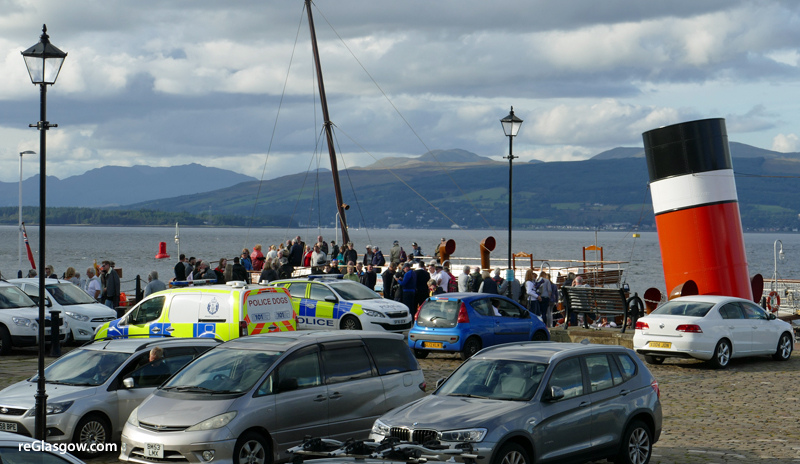 The Waverley back at Custom House Quay, Greenock

The Waverley left Glasgow Science Centre at 10am (Saturday) and picked up more passengers at Greenock, around 11.45am, and Helensburgh around 12.15pm. However it broke down shortly after leaving Helensburgh.

Waverley Excursions issued an update in the afternoon saying: “Please note there will be no call at Dunoon, Rothesay or Tighnabruaich due to technical issues. We apologise for the inconveniences caused.”

Initially it was expected that tugs would be required but around 6.15pm the crew managed to get the vessel going and it made its way to Custom House Quay, Greenock where all passengers disembarked, leaving Glasgow and Helensburgh travellers to make their own way home.

Several police units were in attendance to assist. Passengers glad to be back on shore posed for selfies with police officers. 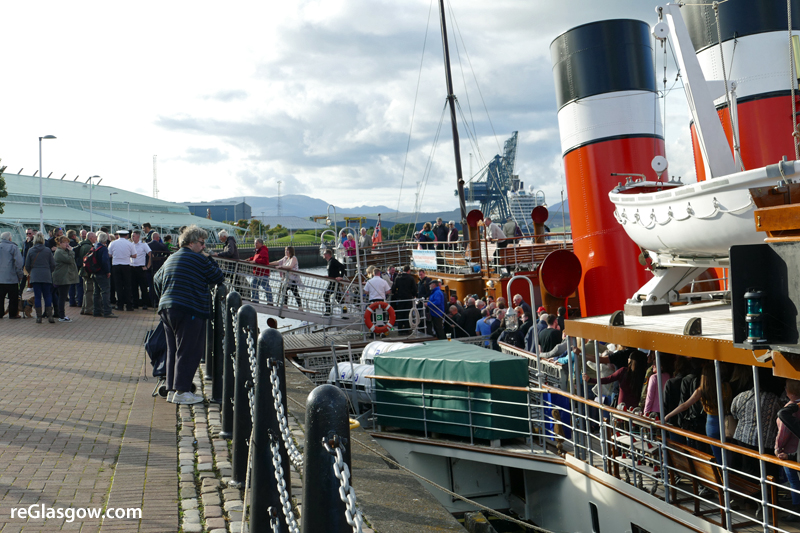 Earlier passengers on the stranded vessel had been posting on social media.

Tommy Barnes said: “The boat has broken down and we’ve been bobbing about for some time. Fortunately the bar has plenty Guinness and I’ve good 4G for the racing.”

Alistair Craig said: “I’m on the Waverley. It’s broken down and we’re floating between Helensburgh and Gourock; please send help and alcohol. We need more bar staff and an engineer.” 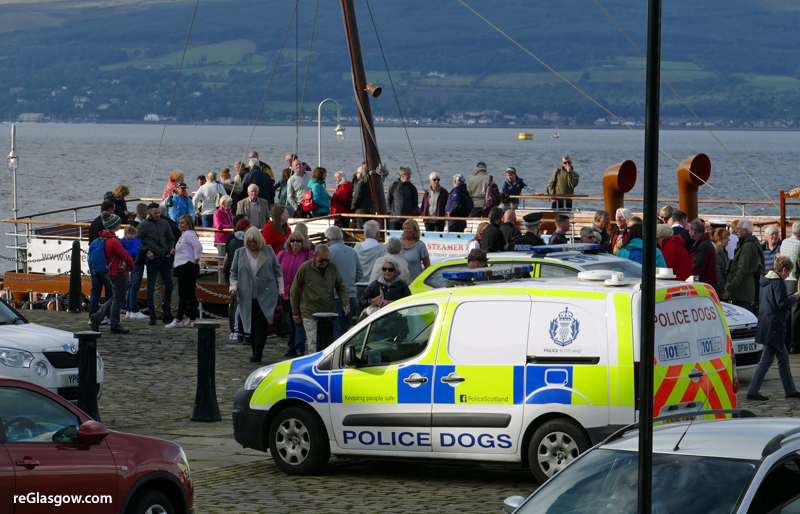