MAJOR investment aimed at transforming the Custom House Quay stretch of the River Clyde in Glasgow is being proposed.

City council officials are recommending that £25million of Glasgow City Deal money is spent on a new quay wall, 20 metres into the river.
Also proposed is public realm to enhances existing access and connectivity and creation of development platforms to bring activity to the area. 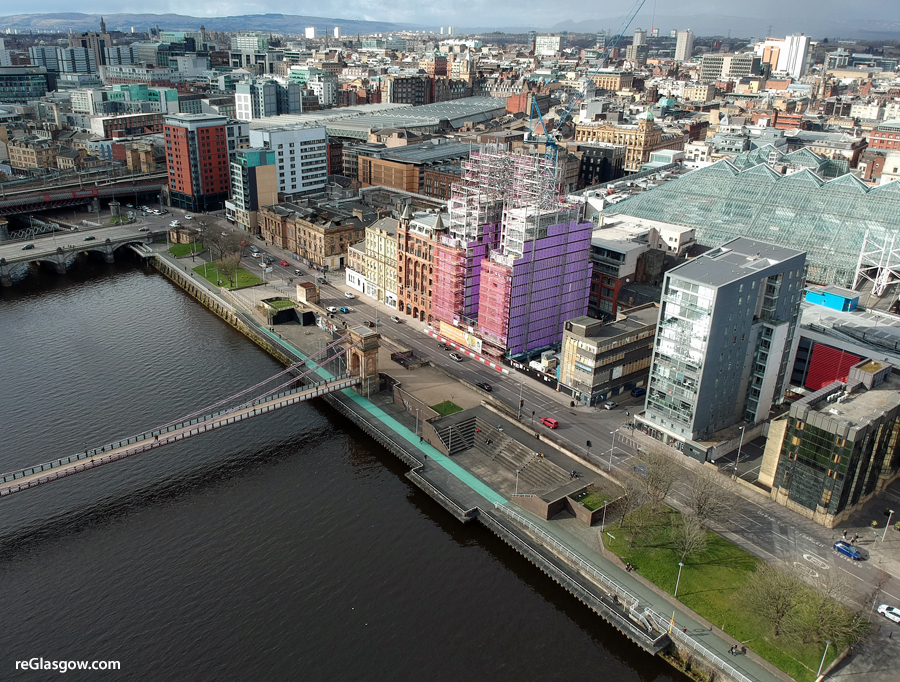 A view of the Custom House Quay area from March 2018

Construction would start in spring 2022 and take two years. Ultimately its hoped the site will attract a mixed-use residential and commercial development. Initial market testing has indicated “potential for significant developer interest.” 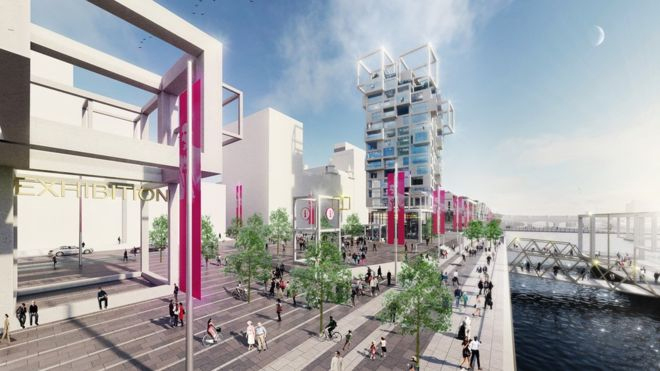 Glasgow City Council marketing visualisation of how the riverfront could look

A report to councillors states: “Custom House Quay is the City Centre’s main frontage to the River Clyde and covers the stretch of river between Victoria Bridge and Glasgow Bridge.

“Although Custom House Quay has benefited from limited public realm investment in the past it is not of sufficient environmental quality to attract footfall to the river edge particularly in the evenings when the area is perceived as a hostile environment which encourages anti-social behaviour.

“A condition report undertaken by consultant engineers Fairhurst Limited concluded that the quay wall at this location is in poor condition — the vast majority of the structure is of perched timber construction and is of a similar age to the recently collapsed wall at Windmillcroft Quay.

“The report noted costs in the order of £10million to address structural issues through the construction of a new sheet-piled quay wall.

“Concerns about the structural integrity of the quay wall mean that use of this section of the waterfront for large-scale events is discouraged although the site can still support limited smaller scale events in the upper sections adjacent to Clyde Street.”

The council document continues: “Although there is significant vacant development land within the river corridor, the site at Custom House Quay represents the last major waterfront development site within the control of the council.

“It is located at a strategically important location adjacent to the City Centre and its redevelopment has the potential to act as a catalyst for wider waterfront regeneration initiatives.”

The realigned quay wall would allow development to take place while keeping public access along the river edge. There would be significant public space at the axis with Dixon Street and in front of St Andrew’s Roman Catholic Cathedral.

Glasgow City Council marketing visualisation of how the riverfront could look

The report adds: “A mix of residential, hotel and commercial uses with active ground floor uses such as bars and restaurants can
generate footfall and offer the level of passive surveillance necessary to ensure the area achieves its full potential as an attractive waterfront destination for Glasgow’s citizens and visitors to the area.” 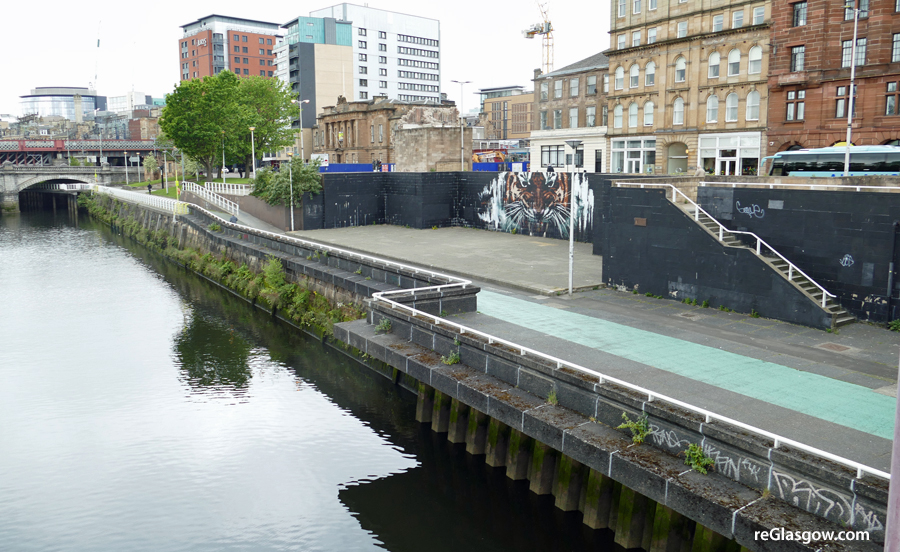