UNDERSIDE Of Glasgow Canal Bridge Brightened Up With Mackintosh Murals

TWO new Charles Rennie Mackintosh-inspired murals have been painted along the canal towpath at Firhill in Glasgow.

The murals at Nolly Brig were designed and painted by Glasgow artists Art Pistol Projects. The murals combine interpretations of Mackintosh’s well-known work ‘Roses’ along with a lesser known piece ‘Sailing Ships’. 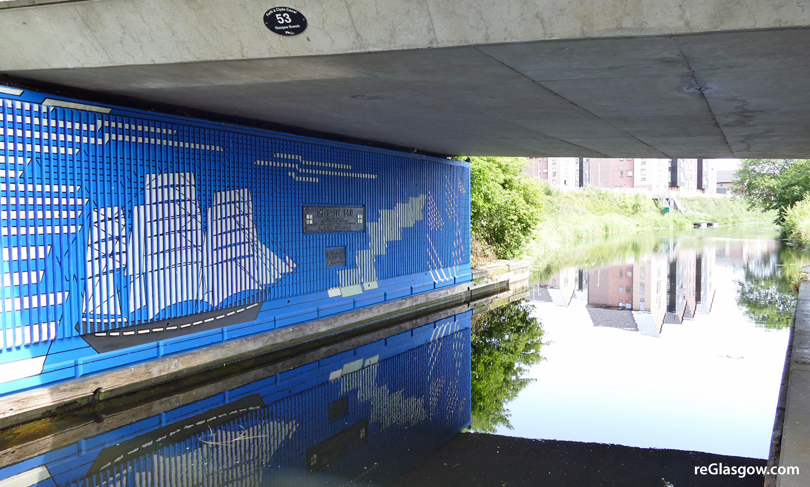 The project was the idea of local people to brighten up the area and was delivered through Queens Cross Housing Association’s Community Involvement Group, with funding from Glasgow City Council’s Stalled Spaces initiative. 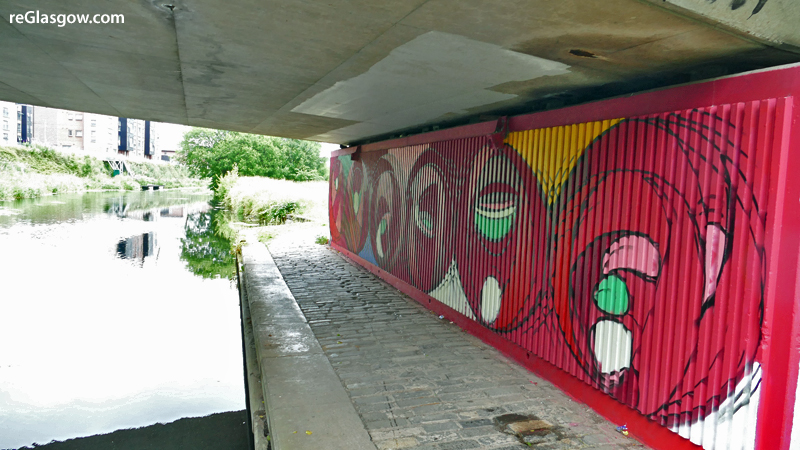 Local community representative, Colin Thomson said: “A number of years ago now, Scottish Canals held an open meeting about ways to improve the local canalside, and one of the ideas put forward was a mural to brighten up the towpath. We asked Queens Cross to apply for money from Glasgow City Council and we were delighted the bid was approved.” 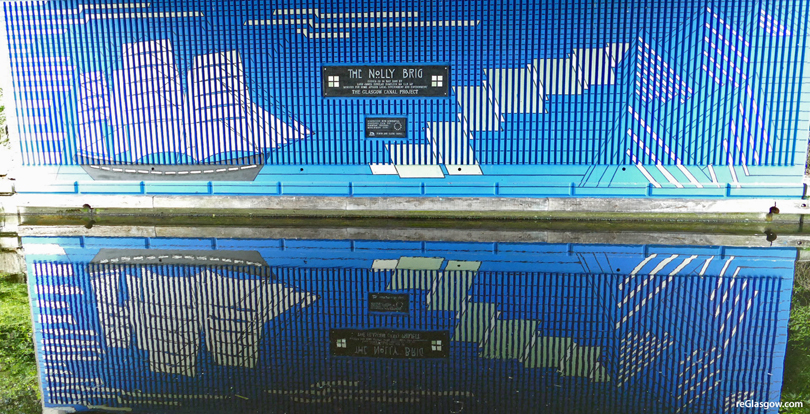 Ali Smith from Art Pistol Projects said: “Queens Cross arranged a series of meetings with the local community in the Mackintosh Church to discuss the concept, and we also spoke to pupils at nearby Highpark Primary School. It was great to see so much local enthusiasm for the project.

“We found this intriguing image of a 1922 Mackintosh piece entitled ‘Sailing Ships’ which was wonderfully unexpected. It’s great thinking how it would have been received at the time; a proper avant-garde image that was perfect for the Nolly Brig. We’ve tried to use the architecture of the bridge, which has its challenges, to complement the image too. We then decided to contrast this on the opposing wall with an unmistakably Mackintosh take on his Roses.”

The unveiling of the mural coincides with the 120th anniversary of the opening of nearby Queen’s Cross Mackintosh Church, the only one he completed.

Queens Cross’s social regeneration manager Jamie Ballantine said: “We are delighted to see this community-inspired project completed. It was only made possible thanks to local organisations all pulling together in a real team effort.”

Other organisations that helped deliver the project include the Mackintosh Society, Glasgow Kayak Club, which loaned a pontoon, Lambhill Stables, which provided a workboat, and Scottish Canals which supported the work throughout.