TRAFFIC To Be Curbed On Two Busy Central Glasgow Streets

Between 7am and 7pm, only buses, taxis, private hires, cycles and goods vehicles will have access. 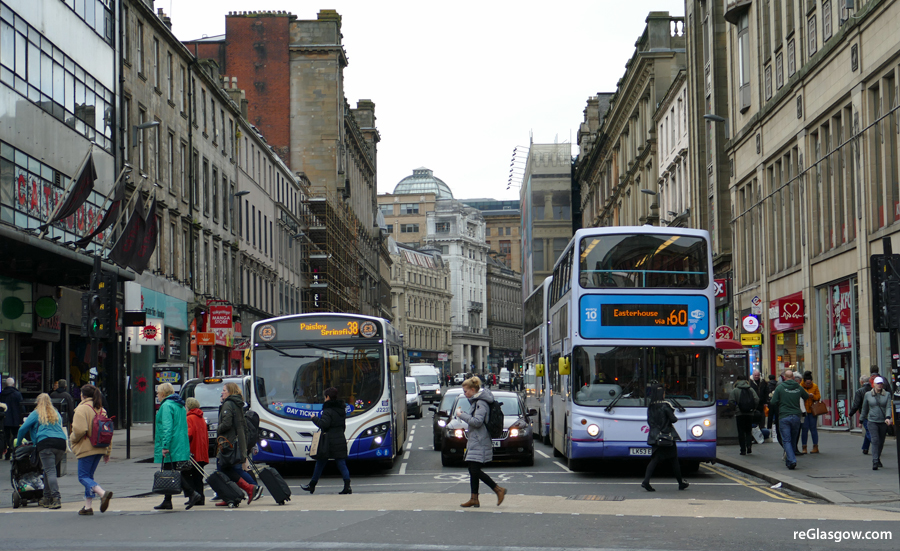 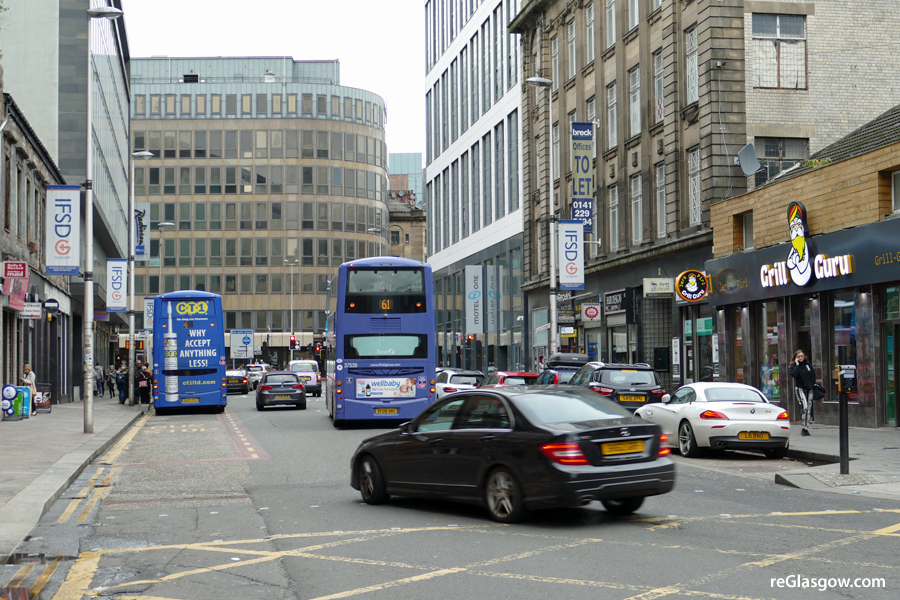 The council is advising motorist to use Wellington Street/Robertson Street as an alternative for southbound vehicles, and York Street/
West Campbell Street for northbound vehicles. Diversion signs will be in place during the initial period of implementation. 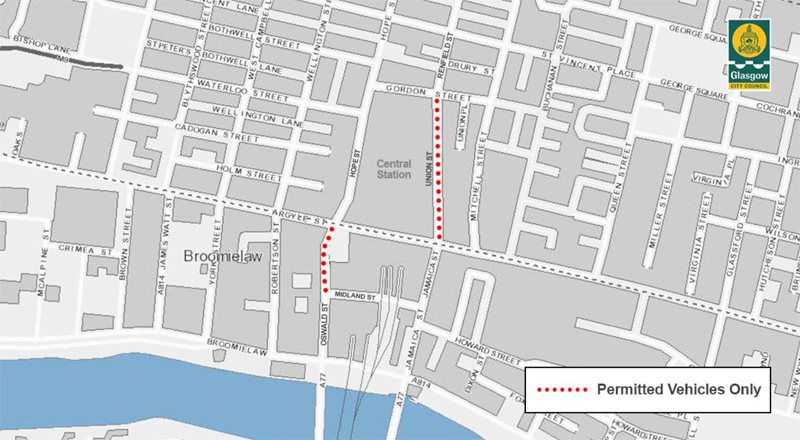 When the proposed bus gates were announced last November, Councillor Anna Richardson, city convener for sustainability and carbon reduction, said: “The bus is still easily the most popular form of public transport in Glasgow, but passenger numbers are falling at a very steady rate and the bus industry is under real pressure.

“As a council, we have to do everything that we can to sustain public transport in a city where almost half of our population have no access to a car. Not supporting the bus sector will have long-term, negative consequences for a huge swathe of Glasgow’s population and the city’s economy as a whole.

“One of the main issues for the bus operators and their passengers is the reliability of the service. By providing clear channels for buses to use, we can reduce delays and get closer to the target of ‘on time, every time’. The bus routes either side of Central Station are among the busiest in the city and the introduction of bus gates will see significant improvements to the service on these streets.