TRADITIONAL Meadowland To Be Increased Under Biodiversity Plan

UP to 50 hectares of Glasgow grassland is set to be maintained as traditional meadows as part of a plan to promote biodiversity in the city.

Thirty grasslands have been identified as sites which will be designed to encourage and support small mammals and birds, pollinators, invertebrates and a wide range of plant species.

Further work to enhance the city’s open spaces will also involve planting 250,000 bulbs and plug plants as well as wildflower seeds sown on a range of plots that includes parks, road verges and steep slopes that are difficult to maintain.

It is anticipated that the extent of meadow land in the city will grow by one hectare each year, which will mean a further five large scale meadows  created over the next four years and eight other sites  enhanced with additional wildflower planting. 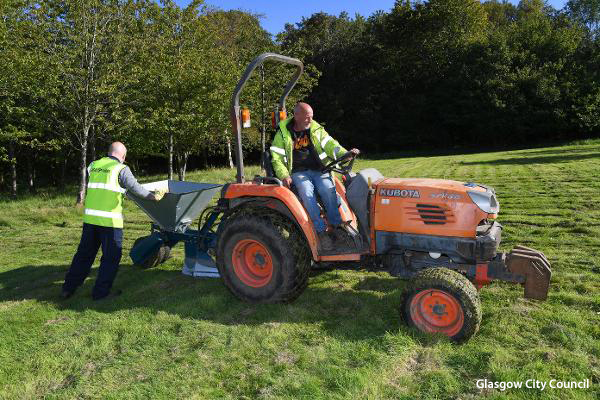 It also means that the way this land is managed will change as wildflowers thrive where they are not regularly replenished with nutrients derived from cut grass.

Councillor Anna Richardson said: “Even though we live in a highly urban environment, our most recent audit of the city’s biodiversity identified 6200 different species alive in Glasgow.

“We have a clear responsibility to nurture biodiversity in Glasgow and we can help to do that by creating spaces where a wide range of species can thrive and flourish.

“Wildflower meadows act as habitats for pollinators, such as bees and butterflies, which are a crucial component in the sustainability of our wider environment. These meadows are also an increasingly attractive addition to our parks and can add colour to otherwise unwelcoming spaces such as central reservations along roads.

“But leaving land to grow more naturally has an additional benefit that allows us to redirect resources to our wider parks operation and help ensure our parks remain one of the most loved features of the city.”

The initiative to extend the coverage of wildflower meadows is part of the city’s Local Biodiversity Action Plan, which includes a specific plan to support pollinator species within Glasgow.

The contribution of voluntary groups such as The Conservation Volunteers and the RSPB has been crucial to the effort to create wildflower meadows. Volunteers have been active in areas such as Robroyston Park, Linn Park, the Cart and Kittoch Site of Special Scientific Interest, Cleddans Burn and Cardowan Moss. Springburn Park is one area that has been earmarked for the development of a new wildflower meadow.

The work involves stripping back scrub or cutting grass and removing all the vegetation so that ground suitable for wildflower planting is created.