A MAJOR flats development is being proposed for a Govanhill site previously lined up for a supermarket and other shops.

Link Group, in partnership with Govanhill Housing Association, has applied to build 121 apartments in six blocks on the corner of Butterbiggins Road at Victoria Road. 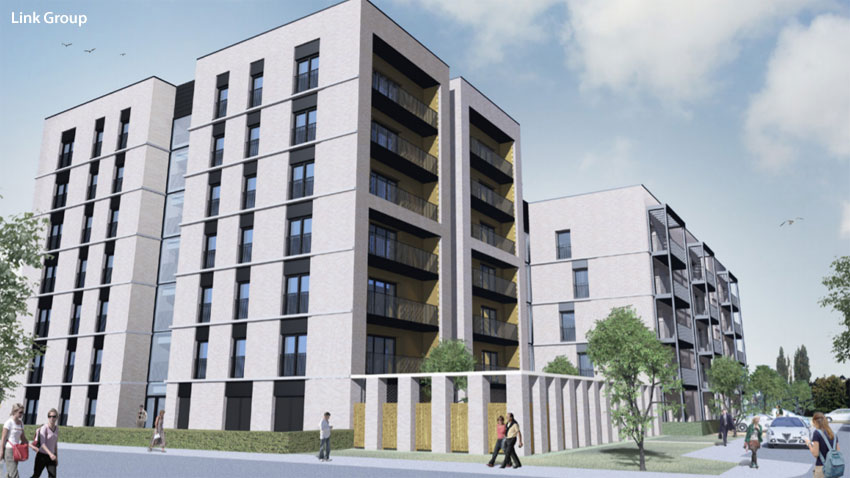 The site was part of the former Larkfield bus depot. Construction of 186 flats on the rest of the depot site is already well advanced.

A design statement submitted with the application explained: “The development of the Butterbiggins phase two site offers the chance to finally complete the missing corner of this revitalised residential area.” 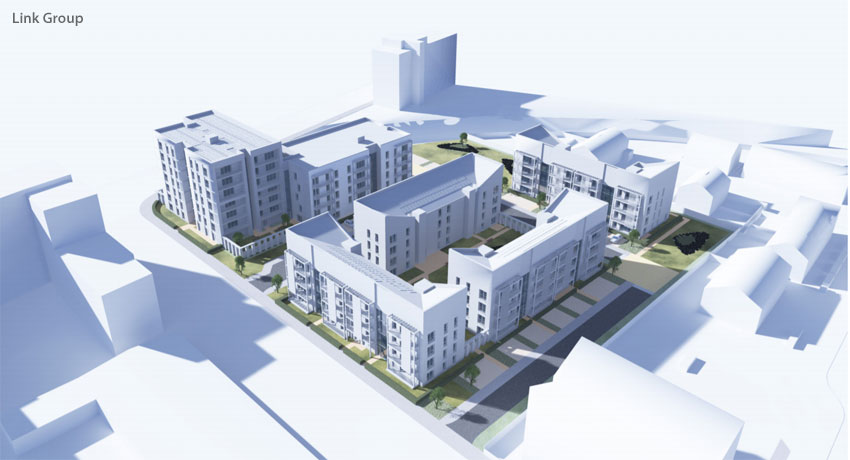 A seven-storey retirement living block is proposed for the corner. The other blocks are aimed at elderly residents.

The properties will be one, two and three-bedroom units, for a mix of mid-market and social rent and for sale through shared equity.

The design document continues: “The proposed massing comprises a seven-storey corner block on Butterbiggins/Victoria Road which reduces in scale to five-storey towards the north. 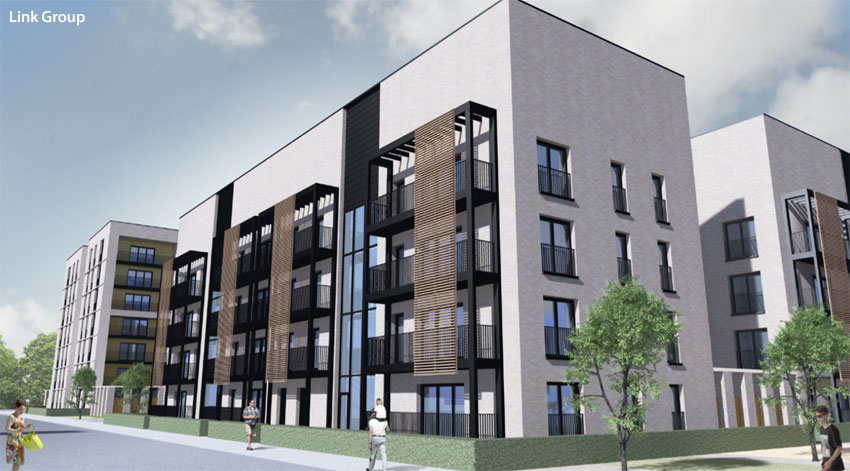 It adds: “The design has placed a particular focus on creating inviting streetscapes, views and greenspaces to create an attractive and welcoming new neighbourhood.

“Car parking is integrated in a cohesive rhythm of trees, hedge and block planting to ensure the streetscape is not dominated by cars but caters for the wider needs of residential living.

“The proposed layout offers communal backgardens for each block as well as two communal neighbourhood parks of different character for the entire neighbourhood.”

The site was previously subject of applications for a Lidl supermarket and smaller commercial/retail units. Permission was given for the supermarket but Lidl had changed its mind.

An applicaton document states: “Link were then approached by Park Lane and Glasgow City Council to develop the site for housing.”