Fifteen one-bedroom apartments were proposed for 125 Douglas Street, below, left, near Sauchiehall Street which was built in 1845. The apartments were to have been provided on the upper floors, which were last used as offices. 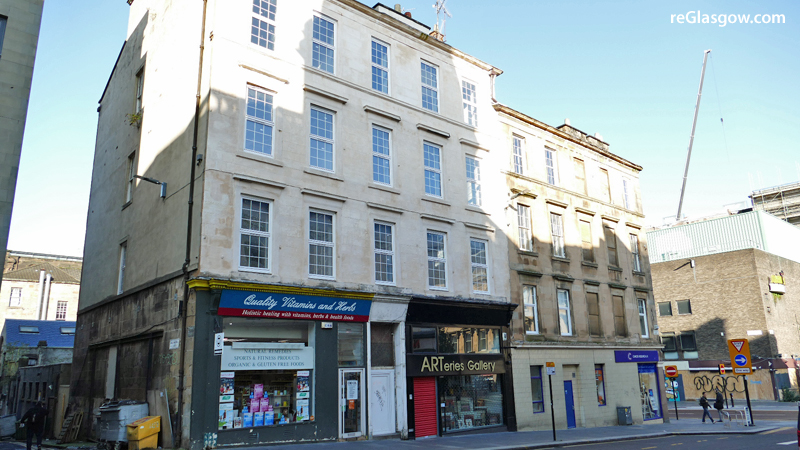 A statement submitted by Bennett Developments and Consulting had explained: “Given the succession of occupiers of the building over the years, little of the original features still exist apart from attractive cornicing details in the main rooms, and these will be retained and repaired/restored as necessary.”

It continued: “In promoting this proposal, there is an opportunity to recycle this attractive Georgian property and, in the process, further the aims of city centre living in this busy and thrusting part of the city centre.

“The development will revitalise this vacant building and create a number of quality apartments which will add to the growing number of such developments in the city.”

But city officials were against the plan for several reasons.

Their decision notice stated that the “intensification of the use of the upper floors” plus associated internal alterations would “have a detrimental impact on the character of the interior of the listed building”.

They also said the proposal did not meet the standards necessary for serviced short-stay tourist accommodation, adding: “In particular, there is a lack of supporting facilities for occupiers and no management plan has been submitted to explain how the facility will be operated.”

Finally, it was contrary to the aims of the council’s lanes strategy and commercial waste strategy as refuse and recycling storage bins would be kept in Sauchiehall Lane.