LARGE parts of the fire-ravaged Glasgow School of Art Mackintosh building are to be dismantled because they are so badly damaged they are likely to collapse.

Glasgow City Council confirmed that work to partially dismantle sections of the structure, starting with the south facade, is expected to begin in the coming days. Fire ripped through the iconic city centre building on the night of 15/16 June. 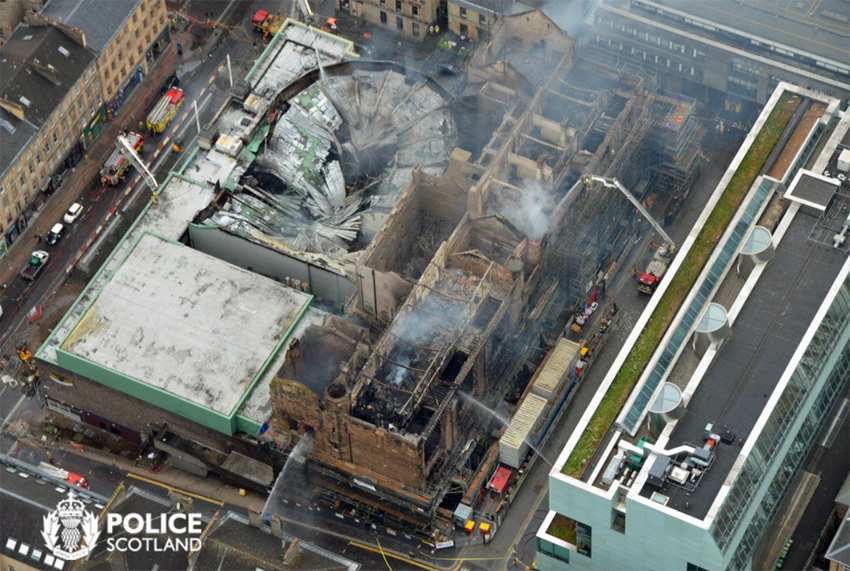 Remote surveys and close-in inspections from baskets suspended from cranes have revealed more substantial movement in the walls than previously thought. Experts say this means a sudden collapse of parts of the building is “likely, rather than possible”.

In a statement, the council said: “There is now a requirement to at least partially dismantle sections of the building as a matter of urgency.

“However, the dangerous nature of the site, which includes the Mackintosh building and the O2 ABC, is such that it will take around two days to devise a methodology for taking down the south façade, which is the most seriously affected part of the building.

The statement continues: “It is not possible at this time to say exactly when the work will begin, but it will be as soon as possible.

“While it is not possible to say for certain what the methodology will be, the demolition contractor has been asked to consider beginning at the eastern side of the site. If this is possible it could make it more likely that we will be able to make the east wall safe and allow access to residents in Dalhousie Street.

“However Glasgow City Council, Glasgow School of Arts and the contractors wish to be clear that people should still not believe that this will be a quick process and that it is still impossible to say how long the cordon will remain in place.

“While any part of the building remains unstable there is still a risk of falling bricks or stone moving quickly downhill and into the buildings on Sauchiehall Street.”

Glasgow City Council’s head of building control Raymond Barlow said: “This building has undergone substantial stress in recent days. With each passing day a sudden collapse becomes more likely. It has become urgent that we take down the south façade. As the process begins it will be likely that the other walls will also need to be reduced.

“We do not know what effect this will have on the rest of the building so I have to be clear this site remains dangerous and is becoming more dangerous. It is particularly important that people observe the cordon which remains in place.”

|  Coverage on the night of the blaze 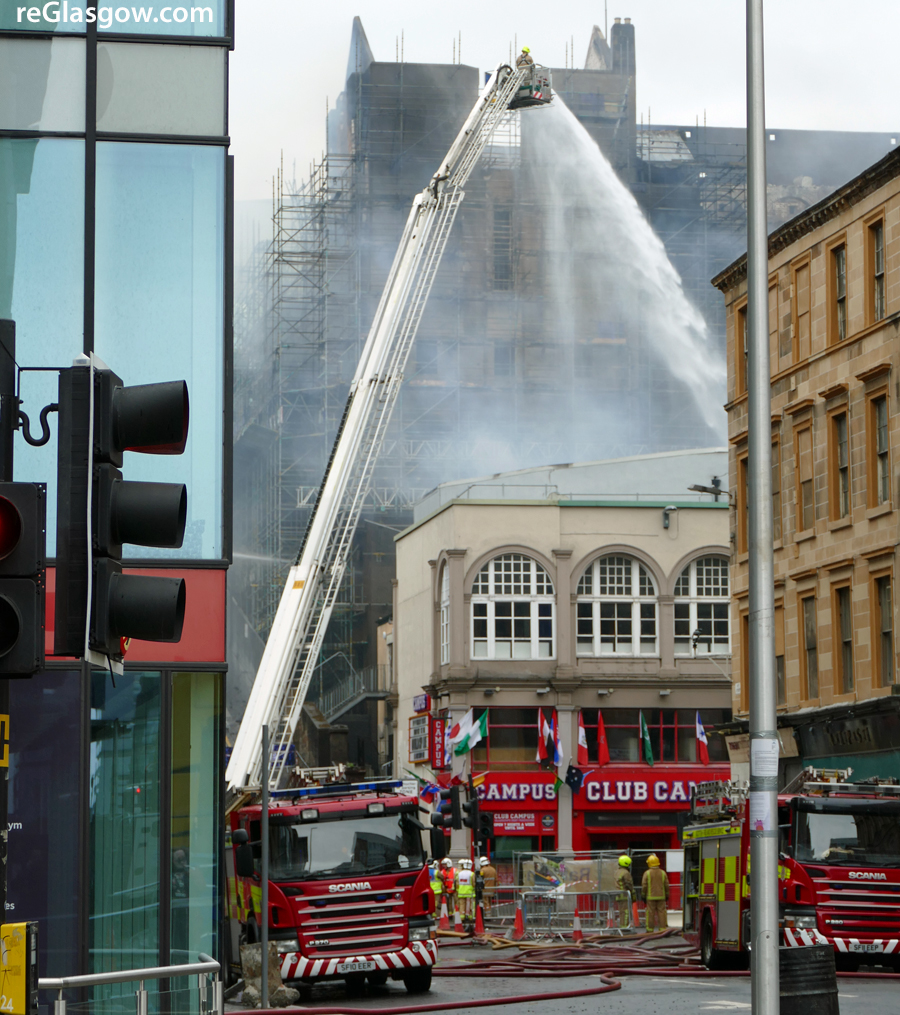