ARTS and events venue SWG3 has unveiled an expansion plan, including a rooftop restaurant and public garden space.

A “comprehensive vision” has been drawn up by Stallan-Brand Architecture and Design aimed at developing SWG3 as a “hard-working and dynamic cultural destination” with a variety of activities for  visitors. 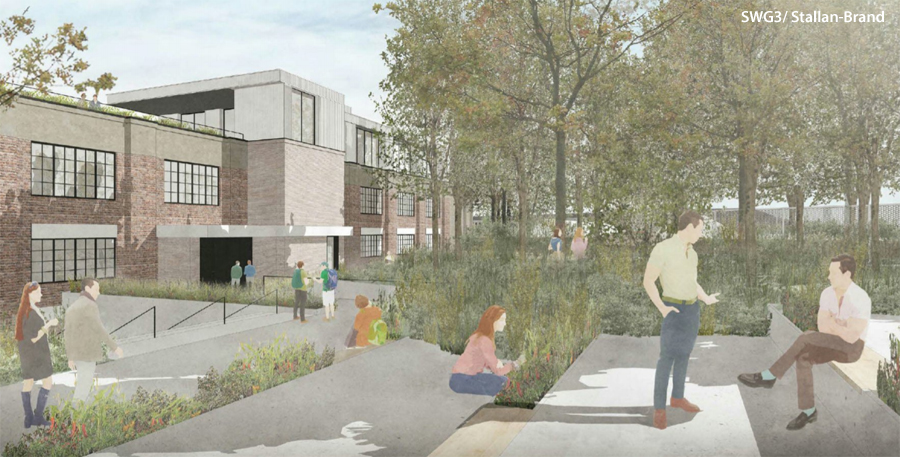 SWG3 has bought land to the north and west of their current premises in Eastvale Place, Yorkhill. A statement submitted to Glasgow planning department explains: “Rather than look at these sites in isolation, a masterplan has been developed to explore how these sites can be considered strategically as part of a future vision for the wider SWG3 campus.

“The interventions seek to make SWG3 a daytime destination as well as a night time venue, and reinforce its position as a key element in Glasgow’s cultural landscape.”

A 150-seat restaurant would be housed in an extension on top of the existing building, with views across the Clyde. It would have an external south-facing terrace. 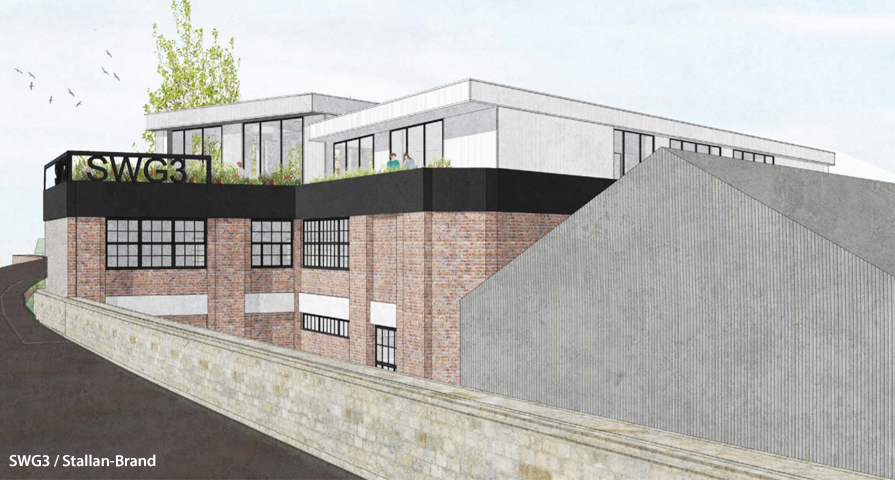 The application design document states: “The height of the extension gives it prominence both within the SWG3 site and from the surrounding area. The venue, which is currently hidden away, will be seen from the expressway, trainline and cycle path. This new physical prominence will reinforce SWG3’s importance as a key venue in Glasgow’s cultural landscape.” 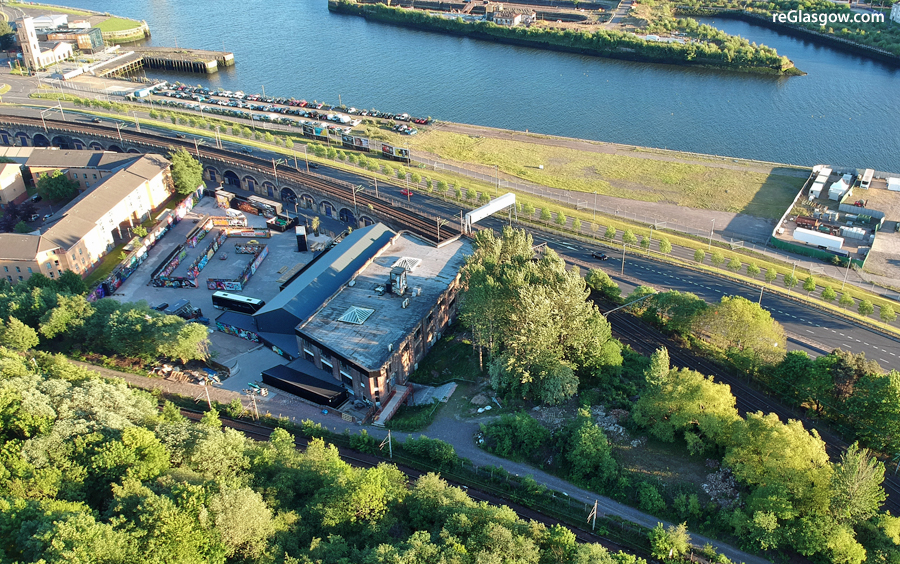 An improved entrance and lobby area would be provided offering a “highly versatile” space that could support various uses at different times of the day.

Publicly accessible gardens would be created on a triangle of land to the west. The gardens would have a woodland walk as well as opportunities for food production and community use, an activity space and a spill-out terrace from the main building.

A cluster of workspaces is proposed for a narrow strip of land to the north, accessed from Sandyford Street, between the railway and the neighbouring student residences.

Fifty-six car parking spaces would be provided in the existing yard along with 56 cycle spaces.

The former industrial site already has major art and performance event spaces, a mix of employment and studio accommodation, and a bar.

SWG3’s application to alter and extend the premises is now pending assessment by city planning officials.