DESIGNS for a 120-child early years centre as part of the massive mixed-use Buchanan Wharf development at Tradeston have been approved.

Glasgow City planners have granted detailed consent for the two-storey pre-five facility which will be at the western edge of the site beside the Barclays office building. 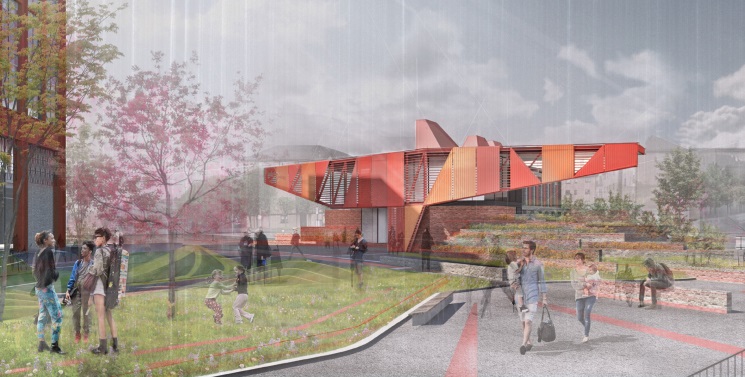 How the early years centre, designed by Stallan-Brand, is expected to look.

Documents submitted with the planning application stated: “To celebrate and emphasise the entrance to the building, the architectural language is playful in form, referencing the history of shipbuilding and industry on the Clydeside.

“The purpose of the iconic frontage is to signify the playful function of the building as a crèche, root the building within the context of its historically significant site, and create a dynamic vista to mark the end of the landscaped promenade along the riverside masterplan.

“The motif of the Clydeside industrial forms is further brought into the building as a series of playful roof-lights, reminiscent of the smokestacks of ships that once docked near this part of the river. Not only do the roof-lights signify a playful architecture externally, but they create dynamic internal volumes that filter light down into the heart of the building.” 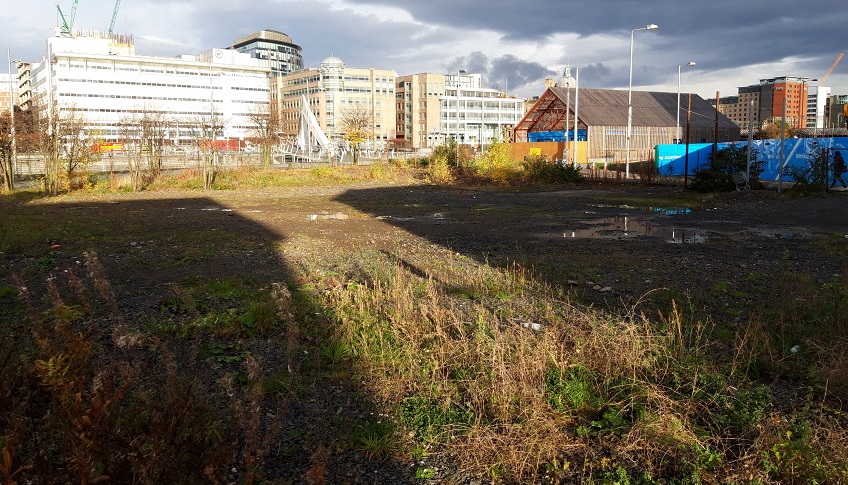 The plot is divided into three parts – a central area serves as the main entrance and circulation route that feeds into the other two parts of the building. The section overlooking the river houses the main nursery playrooms and external play spaces. The accommodation facing the city block is is for ancillary and staff rooms. 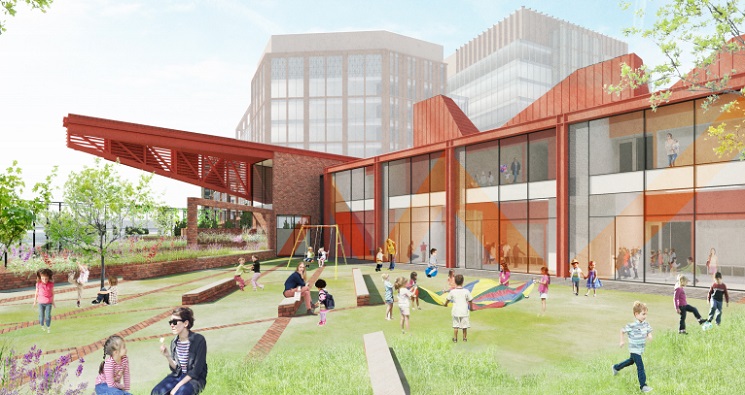 The design statements continued: “By arranging the primary inhabited spaces predominantly along the northern edge of the building, it affords the opportunity to maximise the amount of glazing to these areas, with large expanses of curtain wall providing unrivalled framed views of the river.

“Buchanan Wharf Early Years will play an integral part in the wider place-making ambitions for the area. By reinvigorating one of many disused gap sites, championing public connectivity and cycle use, playing a key role in the development of exciting new areas of public realm and providing flexible, out-of-hours community facilities, the proposals aim to deliver and exceed the ambitions of the city’s place-making objectives.

“Its unique siting at a important node point to the western edge of the site gives it both a visual prominence and enviable level of connectivity, with close proximity to well-established cycle routes, pedestrian walkways and vehicular access.

“The client’s ambition for the building is that it can function as more than just a nursery and could be used out of hours by the community. It is proposed that the commercial kitchen and flexible space could be used by the community for classes and events. These spaces have been positioned close to the entrance of the building to allow the management to balance this access with the everyday function of the nursery.