PLANNERS Urge Go-Ahead For Flats Development Next To Park

PLANNING officials are recommending approval for 36 flats beside Alexandra Park in Haghill despite a number of residents objecting.

The development by Home Group is proposed for the site of a former care home, Peter McEachran House, at Kennyhill Square, near Cumbernauld Road. It is due to be considered by councillors on Glasgow City Council’s planning applications committee on Tuesday.

The building would have six floors and contain 12 one-bed flats and 24 two-bed flats (of which four would be wheelchair adaptable).

Twenty-five objections have been received including one from Dennistoun Community Council along with a petition signed by 65 local residents. Concerns raised include:

— Damage to the historic nature of the neighbourhood;

— Lack of parking in the area and traffic problems

— The proposal being is out of keeping and scale with the surrounding properties.

There have been some changes from the original application including reduction in parking provision from 36 spaces  to 16 spaces to allow introduction of a landscaped buffer between the development and Alexandra Park. Balconies are now also proposed.

A planning department report states: “The scale of the proposals has been designed to directly tie into the well-established ridge heights throughout the Cumbernauld Road, Kennyhill Square and wider Haghill area.

“While the form is undoubtedly modern, strong design cues have also been taken to reflect the architectural characteristics of the neighbouring Victorian tenements. 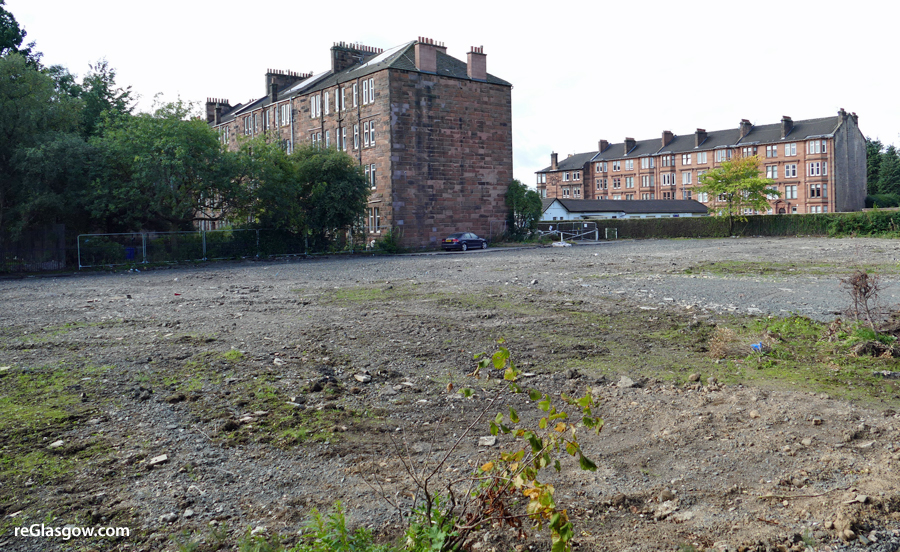 The low level of car parking “is mitigated by the area’s high accessibility rating which indicates a high standard of public transport service that facilitates use without a timetable, with minimum waiting times”.

Officials said that providing more parking spaces would see a decrease in the proposed 6.3 metre landscaped buffer between the site and the boundary of Alexandra Park.

They conclude: “It is therefore considered acceptable in this case, subject to conditions requiring the 16 spaces to be allocated and residents without an allocated space to be supplied with a residential travel pack, to allow for a reduction in parking standards at the site.

“Given that the applicant is a social landlord, parking can be controlled. Only a number of units will have a dedicated parking space, the rest will be advertised as car-free by the applicant.

“In addition to this, the applicant has detailed provision for safe and secure cycle storage at the rear of the development providing for 46 cycles (one for each resident in addition to one for every four units for visitors).” 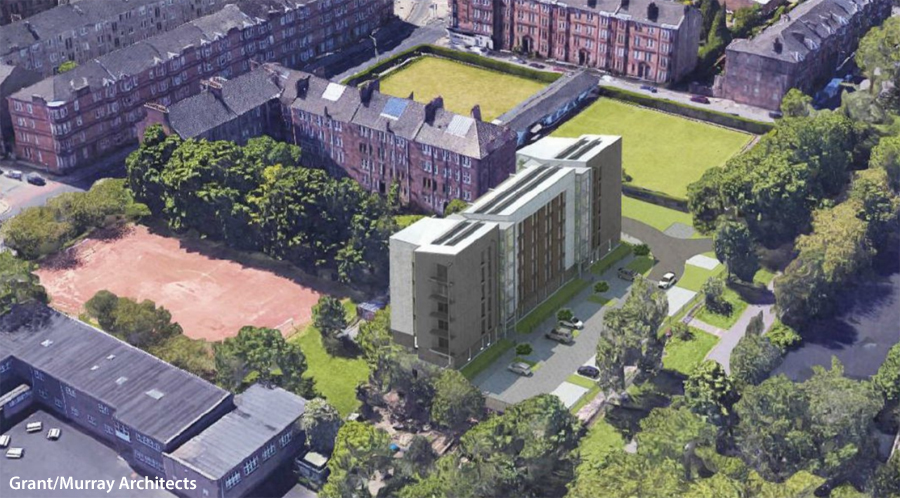 This computer-generated image shows the original design which did not have balconies, had more parking and no landscape buffer to the park.