COUNCILLORS voted to approve a proposal to demolish a disused restaurant/cafe in Glasgow’s West End and replace it with ‘high-end’ apartments.

The one-storey building in North Claremont Street, near Kelvingrove Park, was last occupied by Arcaffe restaurant and The Sandwich Concept cafe. 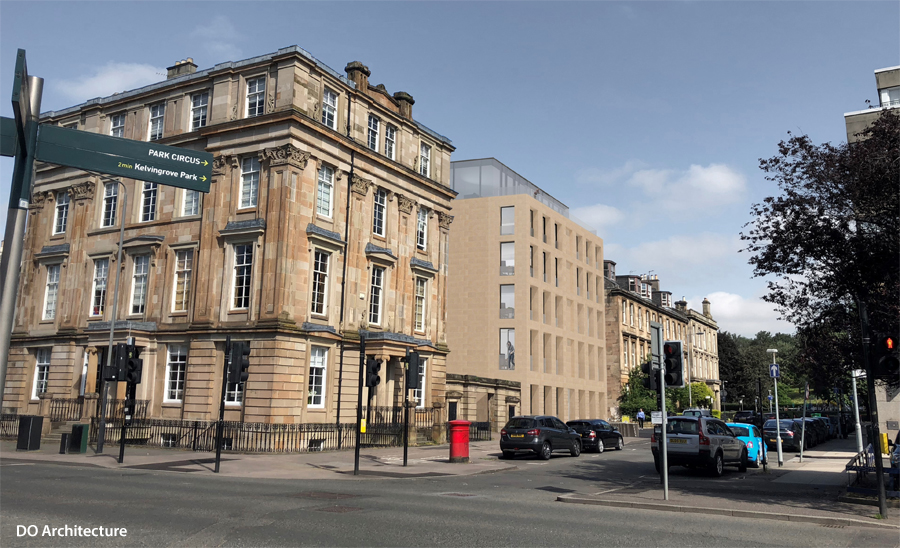 A visualisation of the development, from Sauchiehall Street

Planning officials had recommended approval for the building which will have five floors and basement, containing 10 apartments. Glasgow’s planning applications committee decided to allow the development. 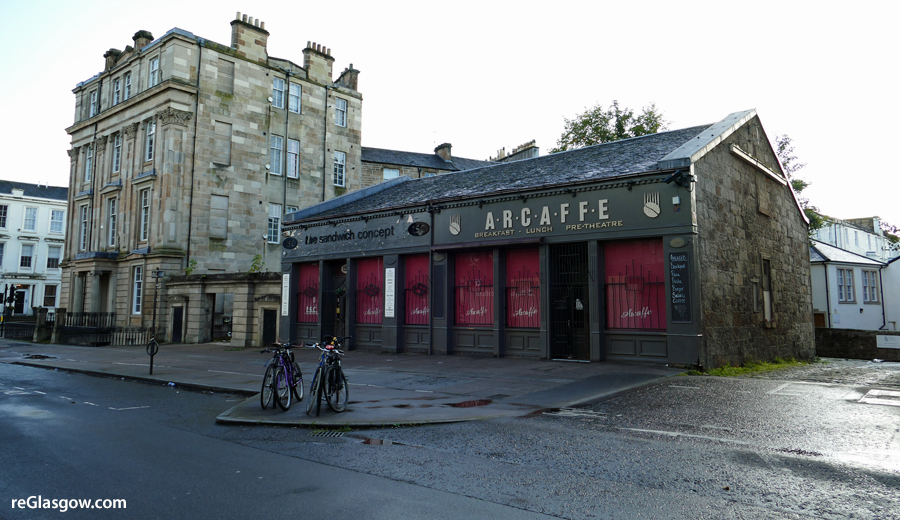 There will be six two-bedroom flats and four duplex units, each with four bedrooms. Two parking spaces will be provided plus cycle storage.

The application was originally for a seven-storey building, below, with 12 flats but was  revised during the assessment process. 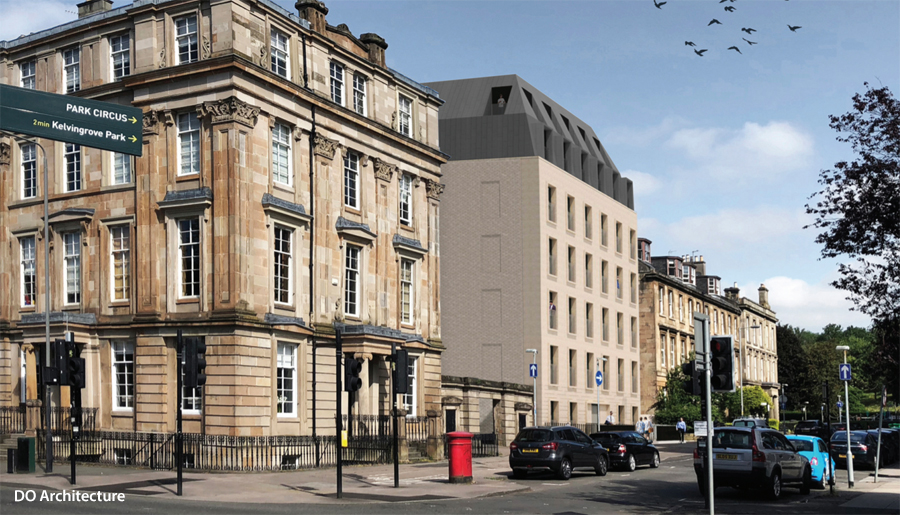