A GLASGOW West End bar restaurant has been refused permission for outdoor seating.

The Partick Duck Club in Hyndland Street wanted to have nine pavement tables. Fold-up benches ere to be attached to the wall of the building to lessen the impact on the footpath.

City council planning officials rejected the application saying the seating area would “unacceptably narrow the width of unobstructed public footway” and would interfere with the safe passage of pedestrian traffic.

They also felt that, in the absence of acceptable storage facilities, there could be “inappropriate storage of outdoor furniture on the footway.” 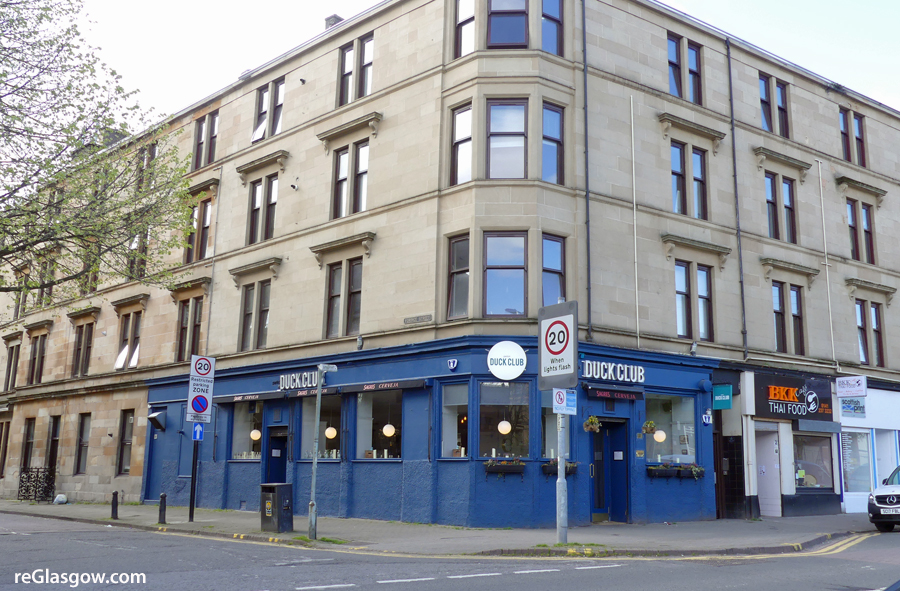 The eaterie has been open for just over a year — the building was previously the Rio cafe — and was described in the application as a “hugely popular place to enjoy delicious gourmet food, and partake of a beer or glass of wine”, with the greatest percentage of business being food-driven.

An eloquent statement had been submitted with the application urging planners to give the proposal the go-ahead.

It argued: “For many years, Glasgow has promoted the pavement/cafe culture, and to good effect. The city was quick to respond to residents and visitors alike seeking the outdoor experience so prevalent in most European cities…encouraging the dynamic between the indoor dining experience and the alfresco experience which, despite the vagaries of the local climate can still be a stimulating experience — to enjoy a drink with delicious and different foods while indulging in that universal activity of people-watching!”

The statement continued: “In the context of the Partick Duck Club, it enjoys a prime location on Hyndland Street which is one of the few streets linking the edgy and gritty Dumbarton Road with the more residential and chic West End. To that end, Hyndland Street acts as a continuum, harnessing the energy of these quite different areas and a producing a quite delightful street full of differing experiences, the sort of location where the cafe culture can flourish and where there is clear demand.”

It concludes: “This local eatery is…now well-respected and established, known for fine fare and welcoming bonhomie. It has an eclectic clientele which represents the rich mix of people in this part of the West End, and wants to extend that appeal by offering patrons the opportunity to enjoy fine wines, beers and gourmet food whilst immersing themselves in the local culture and how better to achieve that than by alfresco dining in this pleasant location.”