PLANNERS Have No Appetite For New Sauchiehall Street KFC’s Signs

A NEW Kentucky Fried Chicken restaurant is planned for the west end of fire-ravaged Sauchiehall Street — but only if acceptable signage can be agreed for it.

Pre-existing permission is already in place for the building at 437 Sauchiehall Street to be used as a restaurant — but planners have ruled against the signs that were to be put up on the graffiti-covered premises, which was formerly occupied by Hong Kong Express. 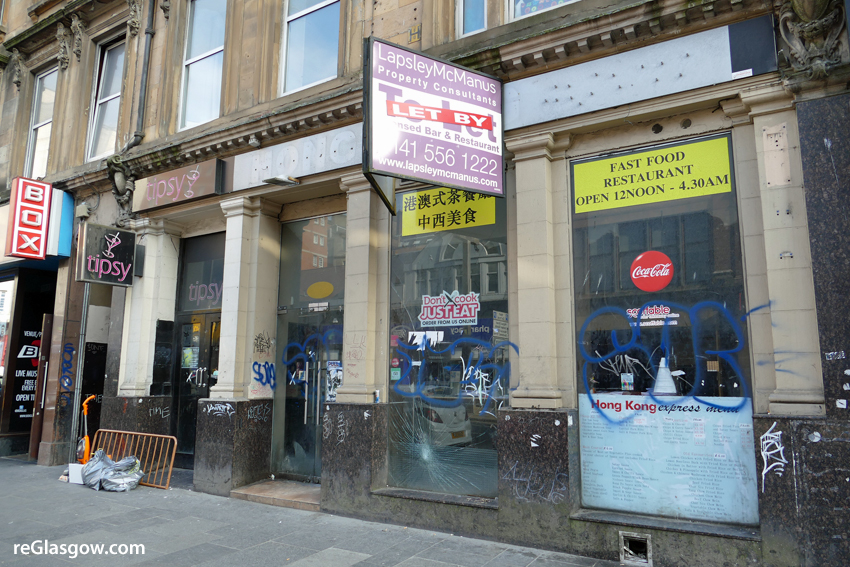 The verdict from the planning department states: “The proposed advertising display does not reflect the higher quality of design expected on a Category B-listed building within the Glasgow Central Conservation Area, to the detriment of the special interest of the listed building and to the character and amenity of the wider conservation area.”

They add: “The seven different advertisement elements proposed on the submitted drawings will result in the accumulation of advertising clutter, to the detriment of visual amenity.”

Documents submitted to the council show there would be almost 100 seats in the restaurant — 44 on the ground floor  and 50 in the basement.

The applicant can appeal against the signage refusal or submit amended plans. 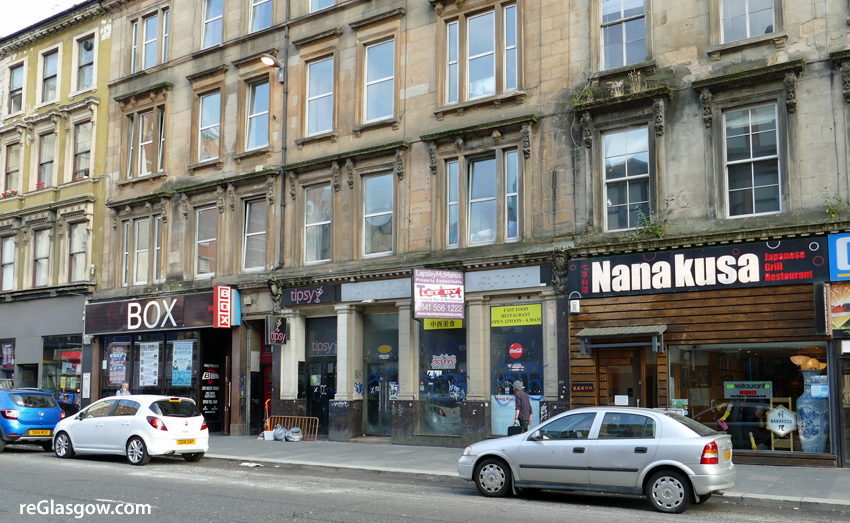 Sauchiehall Street has been hit with damaging closures because of major fires this year at each end of the street, including the one last month at Glasgow School of Art’s Mackintosh building.