CITY council officials have agreed that a street food market can operate beside the Clyde in Glasgow City Centre.

They granted planning permission for the proposal which involves public open space over two levels at 1 to 5 Custom House Quay Gardens, between South Portland Street suspension bridge and Glasgow Bridge.

The application submitted by Platform on the Broomielaw Market stated the licensed event would have capacity for 500 people — 100 seated and 400 standing — and would operate every Friday, Saturday and Sunday, from noon to 10pm over the summer. 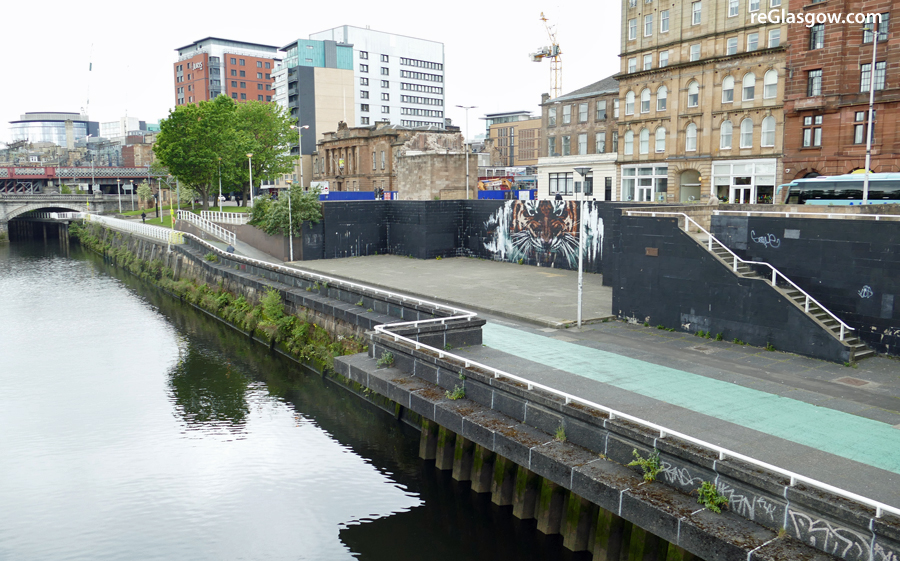 As well as mobile street food trucks in an upper street-level area, food and drink would be served from two 20-foot, side-opening shipping containers located in the Tiger Mural area of the site.  Pine decking would also be installed in the mural area. The containers would be in place from May to September.

The riverfront path would remain open — crowd barriers would be in place around the market.

A report by planners stated: “Conditions have been proposed to ensure that there would be no adverse impacts on local residents or noise-sensitive uses as a result of noise emanating from the street food market.

“Given the proposed temporary nature of the development, it is recommended that permission be granted subject to satisfaction of and adherence to conditions in relation to access management, noise, refuse and boundary treatment.”