PLAN For 92 Flats And Houses At Historic Northern Maryhill Site

A LARGE residential development is being proposed at historic Acre House and its overgrown grounds in north Glasgow.

Three blocks would be built, containing a total of 87 flats, and there would be five houses created in the main house and mews property.

The land at Acre Road, off Maryhill Road, is identified as ‘natural/semi-natural greenspace-woodland’ by Glasgow City Council however planning approval was previously granted in 2011 for a six-storey, 110 bedroom nursing home at the site. 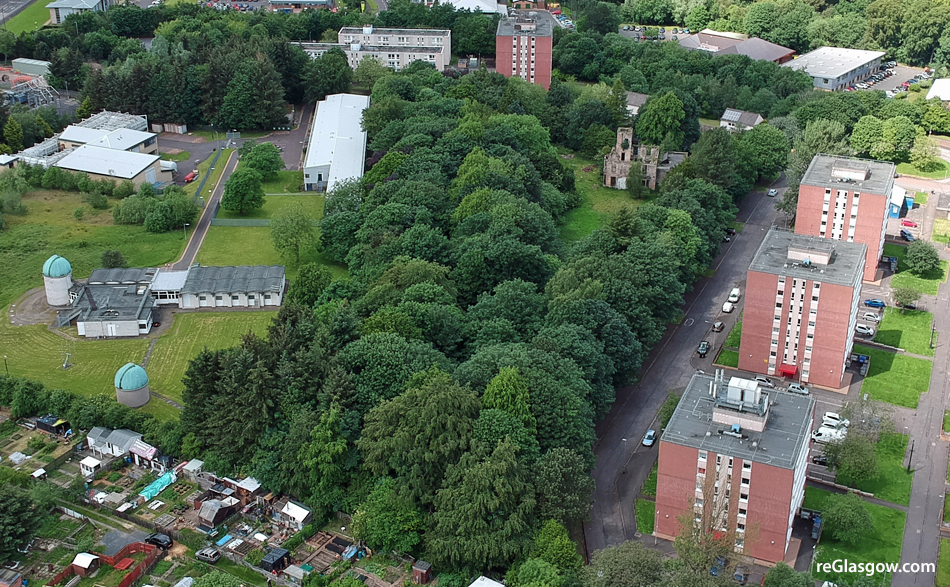 Acre House was built around 1860 as a private residence and was once a convent. Most recently the property was owned and used by Glasgow University as student accommodation.

The building has been empty since 2004 and has suffered numerous break-ins, vandalism and several fires which have destroyed the roof and entire interior layout. Only the external walls remain in place. 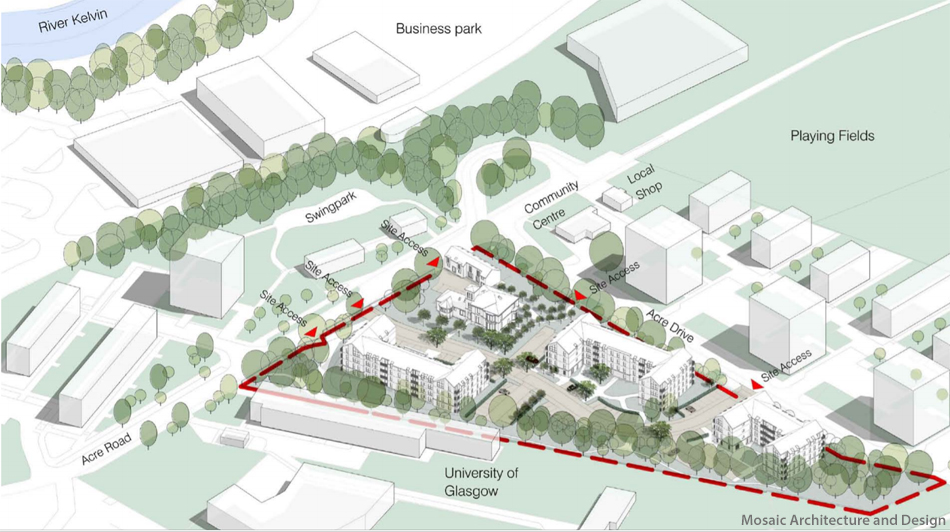 A statement submitted by Mosaic Architecture and Design explains: “The concept is focused on the design of a new neighbourhood quarter which sensitively blends new with old and opens up to the existing community of Acre in Maryhill.

“Acre has become isolated over the years and has been cut off from the surrounding areas. It is hoped that a new residential development will bring together new families and residents to strengthen the existing community adding vibrancy and vitality.

“Acre House makes an important contribution to the character of the area, but the dereliction and abandonment of the property and grounds has had an adverse impact on the amenity of the surrounding streets.” 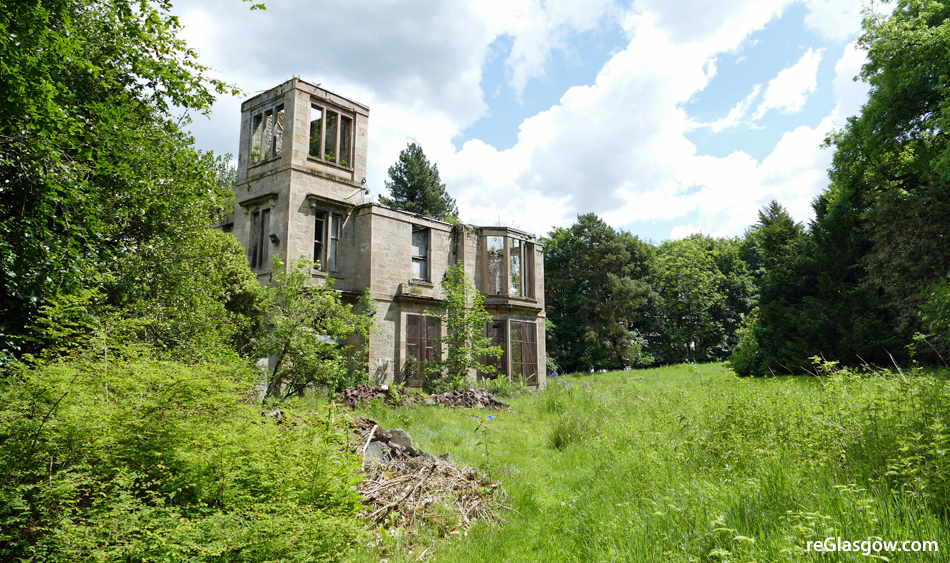 The statement continues: “Our proposal seeks to retain as much of the existing heritage structures that is safe to do so and the development represents the best chance of protecting and minimising the adverse impact on Acre House.

“By retaining and restoring Acre House, we will create a sense of place which points to the Victorian past whilst providing new, high quality homes.”

The flats would be a mixture of one, two and three-bedroom flats. There would be 102 car parking spaces.

The application is pending consideration by Glasgow City officials. 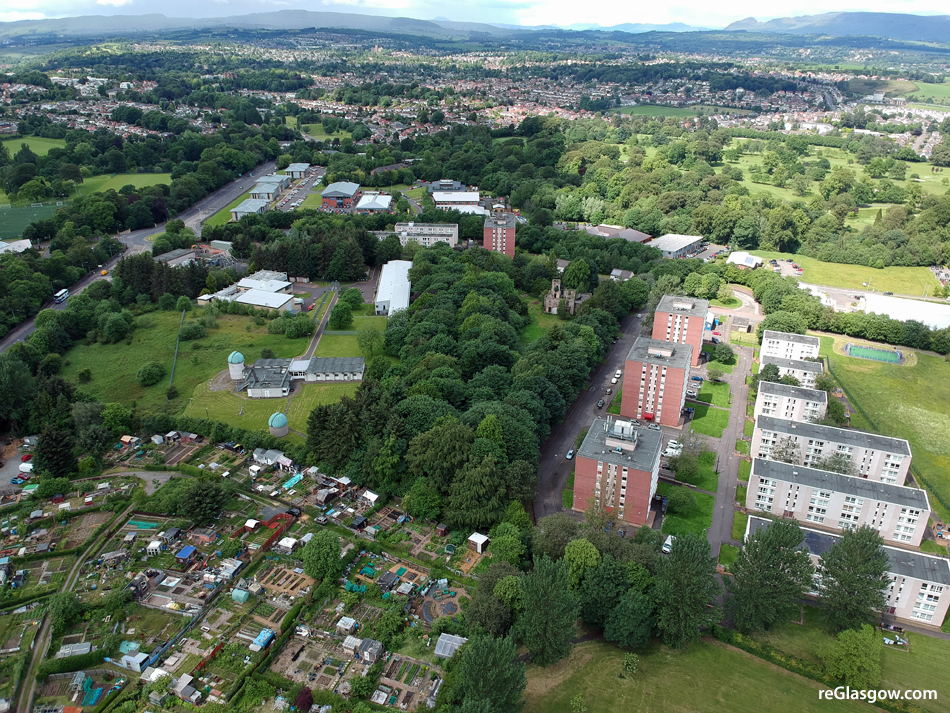