A HOUSING development has been approved for a vacant site in Ruchill. 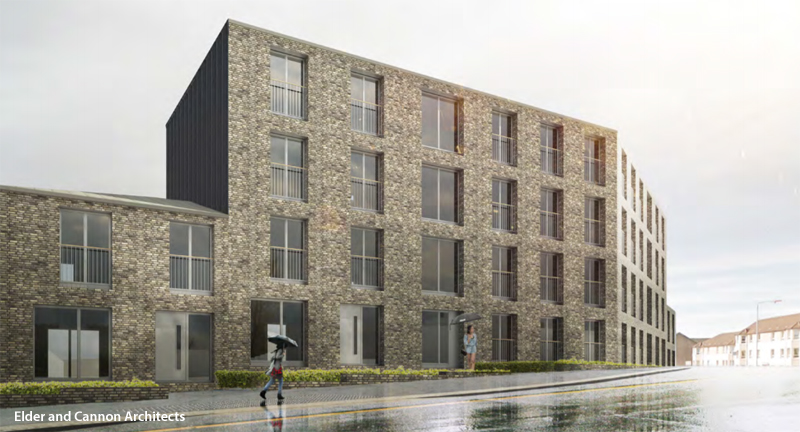 There will be two three-bedroom houses and 14 flats — a mixture of one, two and three bedroom — for social rent.

The flats will be in a four-storey building which will be book-ended by the houses.

“While the architectural language is restrained, the building’s form provides the development with a distinctive identity and character. The building footprint is folded in the middle to respond to the geometry of the curved boundary with Smeaton Street.”

An eight-storey block of flats previously occupied the site; it was demolished in the early 2000s.