GO-Ahead Given For Flats Near Canal At Maryhill

COUNCILLORS have approved a development of 62 apartments on a high-profile site in north Glasgow.

Maryhill Housing Association has been given permission to build the properties, in three blocks, on a prominent corner on Maryhill Road at Cowal Road, across from the Forth and Clyde Canal.

There will be 24 one-bedroom and 38 two-bedroom apartments for social rent, shared equity and mid-market rent, with 52 parking spaces. Fifty-four of the flats have an external recessed balcony. 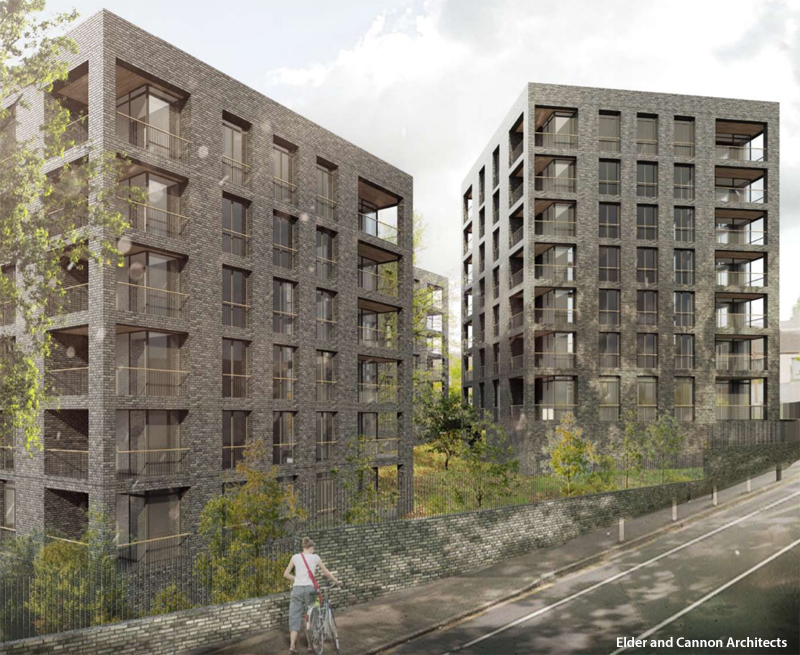 A computer-generated image of the proposed development submitted with the application. The plan has been revised so that the block on the right has one less floor. The shade of brick will require approval, with planners suggesting a “warmer tone” saying that the darkness of the one shown here may be “somewhat oppressive particularly in low light”.

There were 17 objections from local residents raising concerns including — excessive scale and over-development; design and materials not in keeping with surrounding buildings; loss of pedestrian access to Maryhill Road, open space and an apple tree; and lack of car parking. 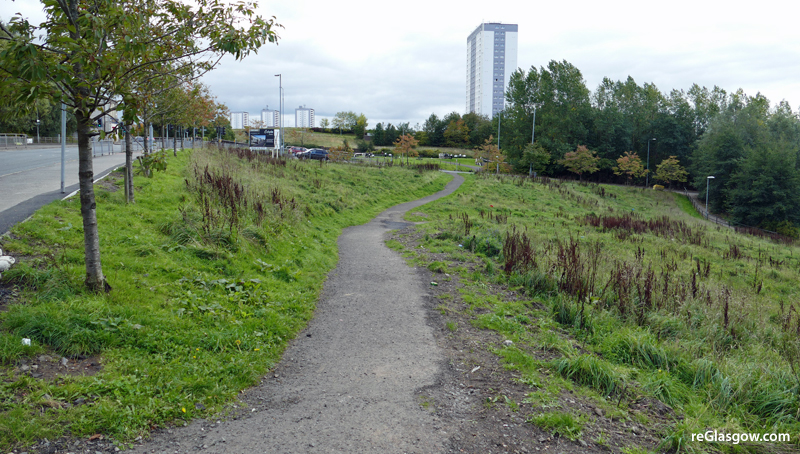 Planning officials had recommended approval. Their report stated: “The [architect’s] design and access statement explains that the design intent is to provide an appropriately scaled and detailed grouping of three buildings around a walled common garden and courtyard space. The intention is to repair the urban block and celebrate an important road junction, while at the same time allowing some visual permeability through the site.

“It is considered that the architectural language is appropriate, and that the design responds positively to the site’s distinctive character. The scale and massing of the buildings is an appropriate townscape response to this prominent site. The development is considered to have a respectful relationship with surrounding buildings, and does not appear overbearing.

“All three blocks share the same restrained contemporary architectural language. The buildings are simple cuboid forms, and present as flat roofed (i.e. shallow roof pitches behind a brick parapet). Responding to the site’s prominence and open outlook, the buildings are designed as object buildings to be viewed ‘in the round’.”

Addressing parking concerns, the report explained: “Consideration has been given to the low car availability by household in the surrounding area, the high accessibility to public transport, the good active travel connections and access to local services. Consideration has also been given to proposed mix of tenures, the unit sizes, the on-street parking pressure in the surrounding streets, and the evidence from a similar development delivered by Maryhill Housing Association in the local area.

“It is considered that the proposed parking provision…is likely to be sufficient for the car parking requirements of the future residents and visitors to the development, and is unlikely to result in unacceptable pressure on on-street parking in the local area.” 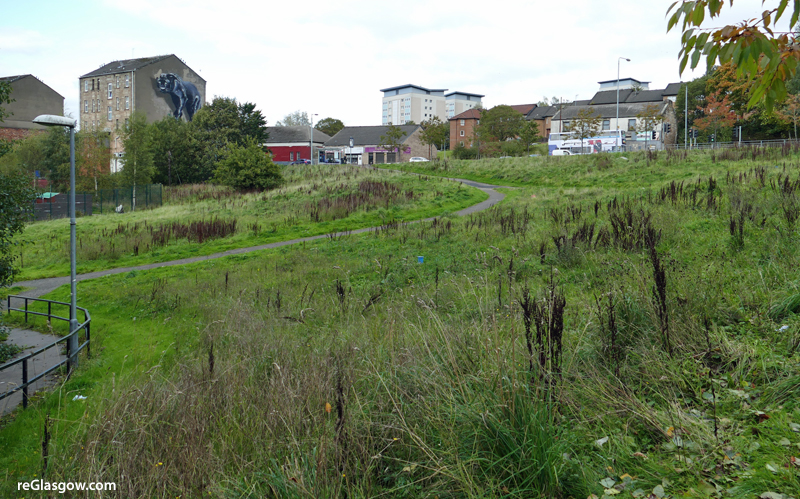 The report continued: “A mature apple tree would be lost. Notwithstanding, the tree has no statutory protection and the proposed landscaping scheme is considered to provide sufficient ecological compensation.

“The existing site is an area of open space, though this is of limited amenity value and the site has no environmental designations. The site has been identified as a site for housing in the Development Plan, and forms part of the Housing Land Supply. 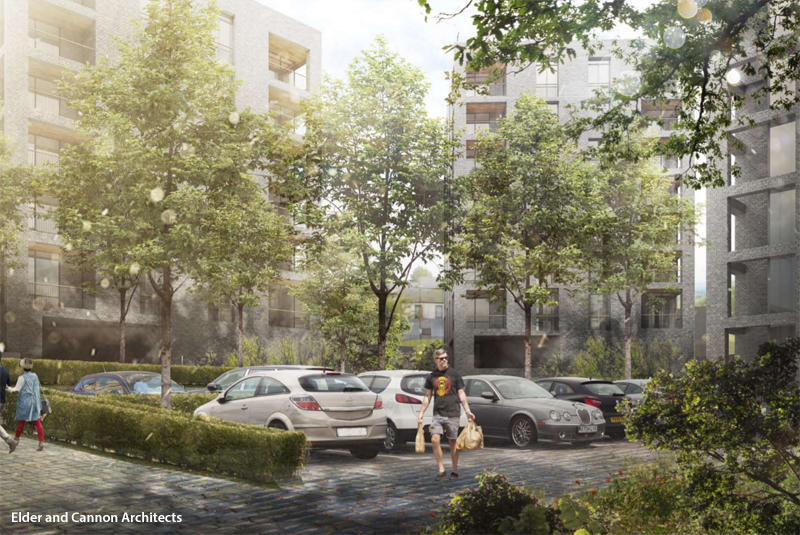