THE owner of a rundown historic Glasgow picture house has told city officials of plans to use part of it as a cinema again.

But the announcement about The Lyceum in Govan is being treated with a believe-it-when-we-see-it approach by residents who are still looking at progressing  a community concert venue plan. 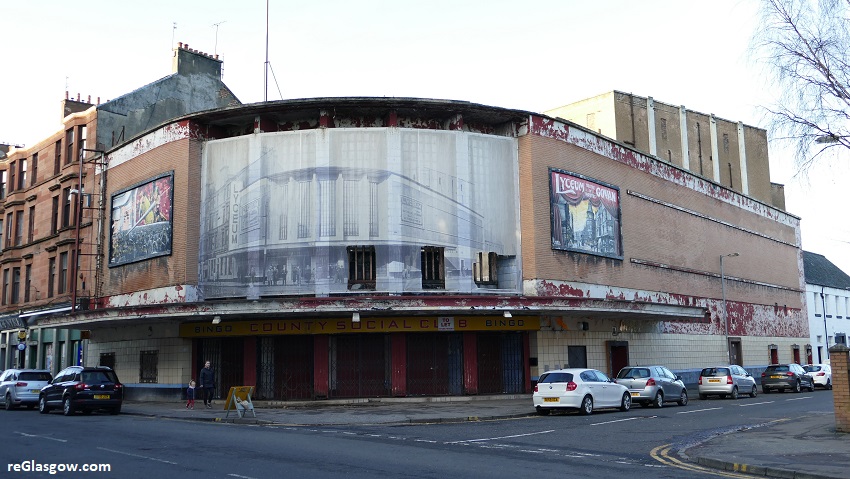 An update regarding the former 1930s ‘super-cinema’ is included in a report to councillors about regeneration in the area.

It states: “Officers from planning and building standards continue to respond to, and where possible support, proposals to sensitively restore and bring the category B listed former Lyceum cinema back into productive use for the benefit of the local community.

“The building is in private ownership and the owner has recently intimated an intention to improve the front elevation (mainly by repainting) and reopen a portion of the building as a cinema.”

Officials add that, while this would be welcome, there is, “based on previous track record”, concern among some members of the
community about whether this will happen.

It continues: “Accordingly, alternative community proposals are being promoted by Govan Housing Association, which aim to bring the building into community ownership as a music event venue.”

The cinema seated 2.600 people when it opened. It was latterly used as a bingo hall.

|  More about The Lyceum on the Scottish Cinemas website