NEW Primary School In Dalmarnock Getting Ready To Open Its Doors

A NEW school has been completed at the Commonwealth Village site in Dalmarnock. It is open for the public to have a look round on Tuesday (13 August) from 2 to 8pm.

Riverbank Primary in Sunnybank Street has capacity for 356 pupils. The Glasgow City Council facility has 14 classrooms, assembly and gym halls; drama and nurture rooms; administrative and office space; and a library. 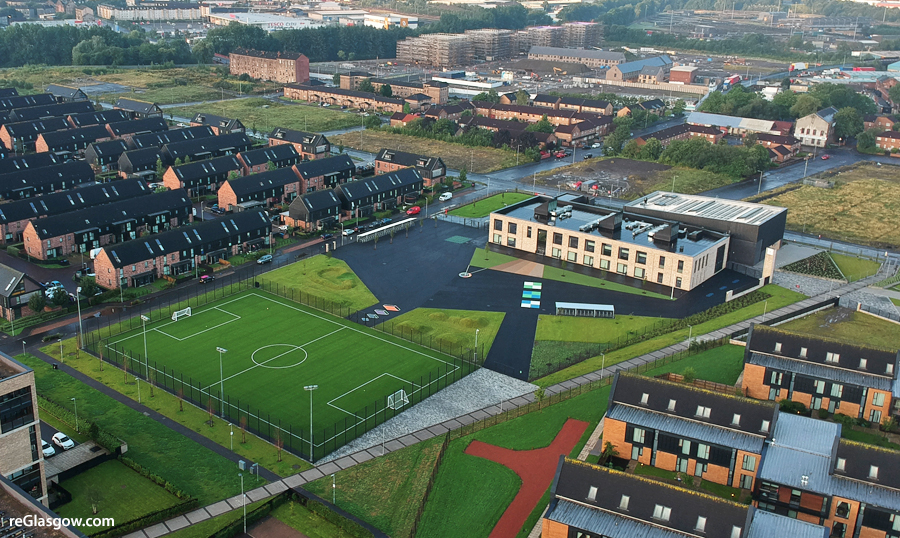 The teaching block has been planned to allow for a possible future extension of up to four classrooms which would increase capacity to 528 pupils.

There is also a sports pitch and a garden, to be used as a secure outdoor teaching facility. A landmark clock tower features in an area of public realm at the school entrance. 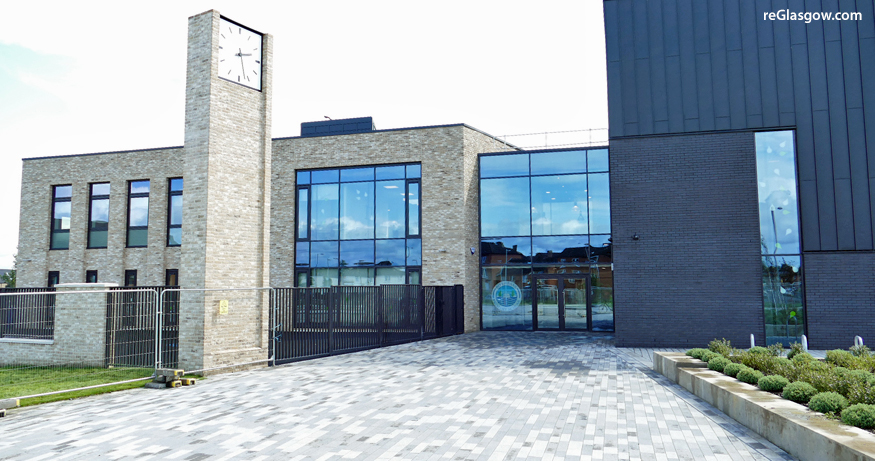 The school announced on its Twitter feed on Friday: “Our fab new school building has been handed over to us! We couldn’t be more thrilled and proud. Can’t wait to open our doors on Monday for staff, and the community on Tuesday!”

The site is at the heart of the legacy development plan to transform the 2014 Commonwealth Games Athletes’ Village in Dalmarnock into a new neighborhood.

It is beside a pedestrian link to the nearby Cuningar Loop woodland park across the River Clyde.