BLUE Lagoon have applied to open a new restaurant and takeaway in Glasgow City Centre, near their existing chippy that could be demolished to make way for a hotel.

The eatery, which would have seating for around 50 people, is proposed for former beauty clinic premises at 43 Bath Street, on the corner with Renfield Street. 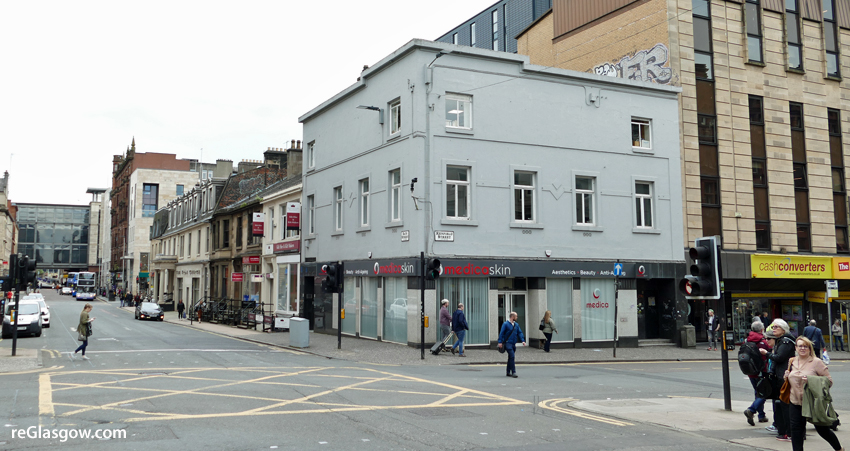 Blue Lagoon already have a fish and chip shop at the next crossroads over, at the corner of Bath Street and West Nile Street.

That building is subject of planning applications proposing demolition and then development of a 14-storey hotel.  No decision has been made regarding that proposal.

Blue Lagoon’s application documents relating to the change of use at 43 Bath Street do not state if the new location is a replacement for their nearby one.

The proposed location in the background, just along the road from an existing Blue Lagoon which is part of a building subject to a major hotel application

City planners previously agreed — in 2015 — that the premises could be used as a restaurant although that permission has since lapsed. The new application is pending consideration by officials.