NEW Candleriggs Quarter Proposals Will Have Streets And Spaces

DEVELOPERS behind the proposed transformation of a huge vacant site in the Merchant City are departing from the previous “castle-like” approach for the land.

Drum Property Group and Stamford Property Investments have commissioned architects Stallan Brand to draw up plans for a major mixed-use development at Candleriggs Quarter — land bound by Hutcheson Street, Trongate, Candleriggs and Wilson Street — which has lain derelict for over a decade. 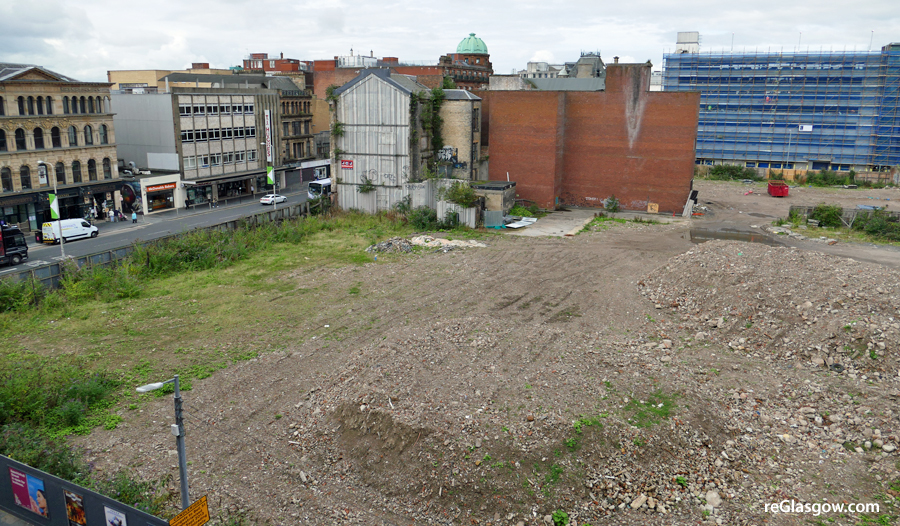 Public consultation documents state: “The established principles inherent in the consented scheme imparted a building form on the site which some have likened to a ‘castle in the Merchant City’.

“This is predominantly attributed to its somewhat impermeable edges and monolithic perimeter.” (below) 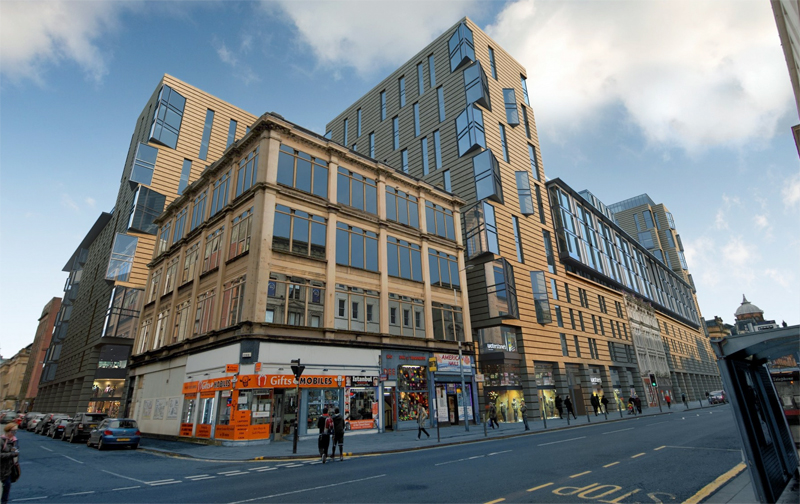 The so-called ‘castle in the Merchant City’ design

Instead the new masterplan will have a format of streets and spaces “not dissimilar” to the existing network bounding the site. 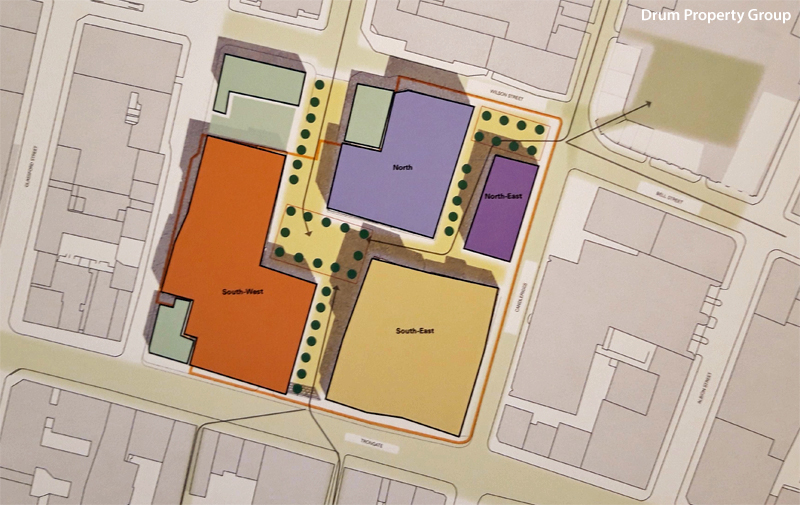 Indicative layout showing how the site might be developed

The statement continues: “Strong connections are made with Trongate, Brunswick Street and Candleriggs to promote the feeling of place and identity.”

The intention is to “break the castle-like diagram down into accessible parcels in pursuit of a more porous and connected intervention”.

The document concludes: “Accessible, resilient and well-proportioned public spaces lie quite literally at the heart of the masterplan — underpinning the ambition we have to create a new vibrant destination within the City Centre which contributes to the spirit of the Merchant City.”

Following pre-application consultation, planning permission in principle will be sought for a mixed-use masterplan comprising a hotel and various residential, office and business uses.

There will be retail space, restaurants and leisure facilities in the ground floors of the various buildings.

Operators have already been lined up for major elements of the scheme, although they have not been identified.

The exact form of the buildings is not known at this stage. Separate detailed planning applications will be submitted for each. 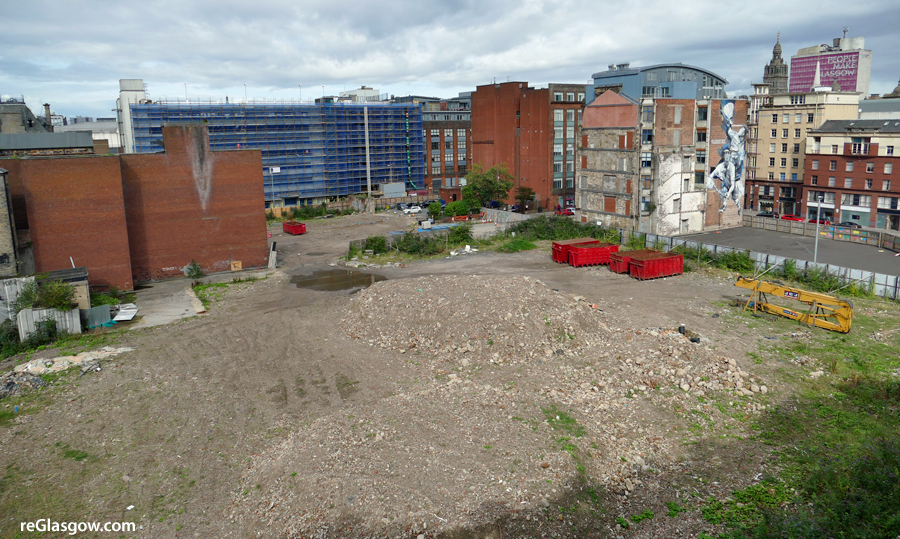