PLANS are being drawn up for a protected bike lane through Pollokshields.

The proposed route would go to Pollok Country Park from the end of the existing South West City Way at Shields Road/St Andrew’s Drive.

A report updating Glasgow councillors on the city’s cycling developments states that feasibility and outline design work has started on the project. 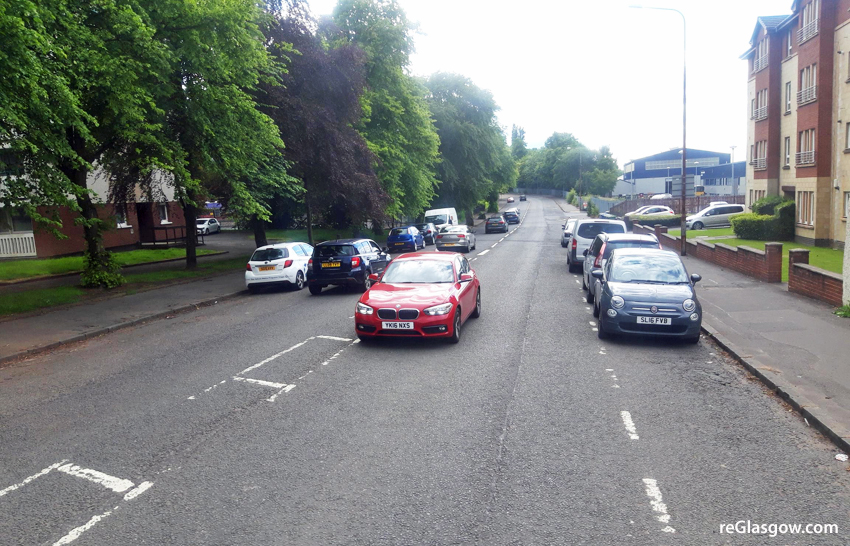 It continues: “The route, predominantly using St Andrew’s Drive [pictured], will see 2.2 kilometres of segregated facilities provided, including major redesigns of junctions along the way.  The route also provides links to Maxwell Park.”

Meanwhile, work is continuing on the South City Way cycle lanes between Queen’s Park and the City Centre.

Phase three — from Queens Park Station to Coplaw Street — started on site during April 2019 with work due to continue into early 2020.

Council officials say that detailed design work for phases four and five — from Cumberland Street into the City Centre — is advancing and construction is scheduled for autumn 2019, continuing into spring 2020.

Construction on phase one of new sections of the East City Way is due to start at Mount Vernon, in January 2020 and be completed by June 2020. Applications for funding to progress phase two and three designs have been made to active travel organisation Sustrans.

The plan is for East City Way to stretch for seven kilometres from Bridgeton to Mount Vernon, with work carried out over the next three to five years.