PLANS have been unveiled for two hotels, with a total of around 450 bedrooms, at a historic riverfront site in Glasgow City Centre.

If approved, the development at the Custom House site on Clyde Street at Dixon Street, would feature a four-star, 294-bed Clayton Hotel and a 162-bedroom Adagio Apart-Hotel. 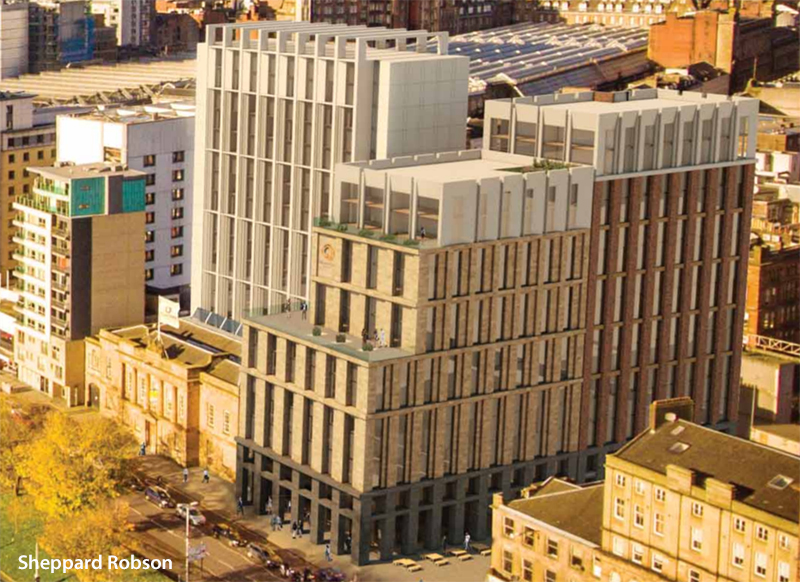 The A-Listed Custom House building would be refurbished and would function as the main entrance to the Clayton hotel with public spaces including lobby, bar, meeting and conference facilities.

The Custom House would be linked to the new-build hotel accommodation by a covered courtyard with a glazed roof. The modern hotel premises, featuring a restaurant, would be behind and to the side of the Custom House and would have a terrace at seventh floor level overlooking the river. 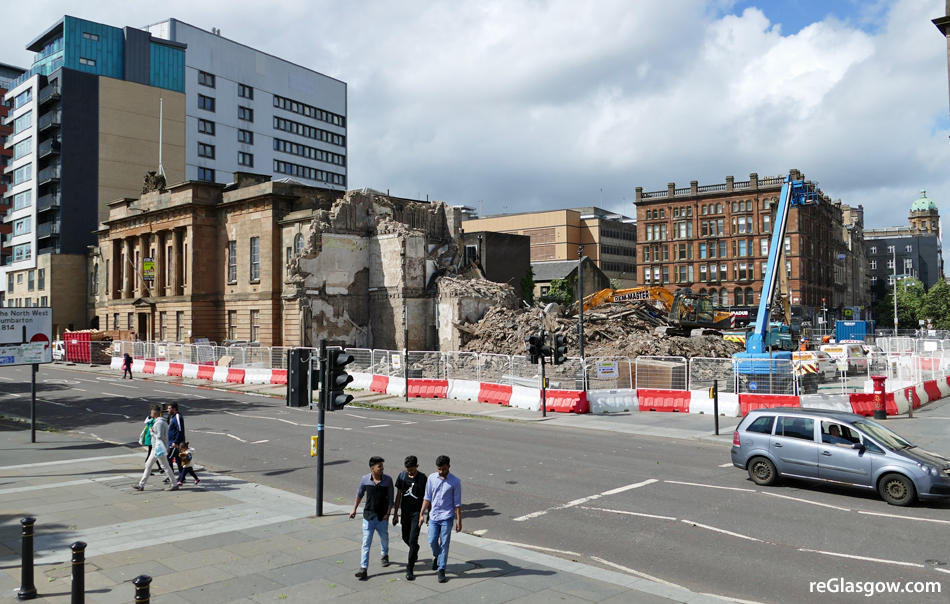 The apart-hotel would front Dixon Street and would offer medium to long-stay self-catering, combining apartment living with a number of hotel services.

Documents submitted to Glasgow City Council on behalf of land owners Artisan Real Estate Investors, stated: “The proposal is part of the wider aspiration to create the final, vital, connection between the city and riverfront. 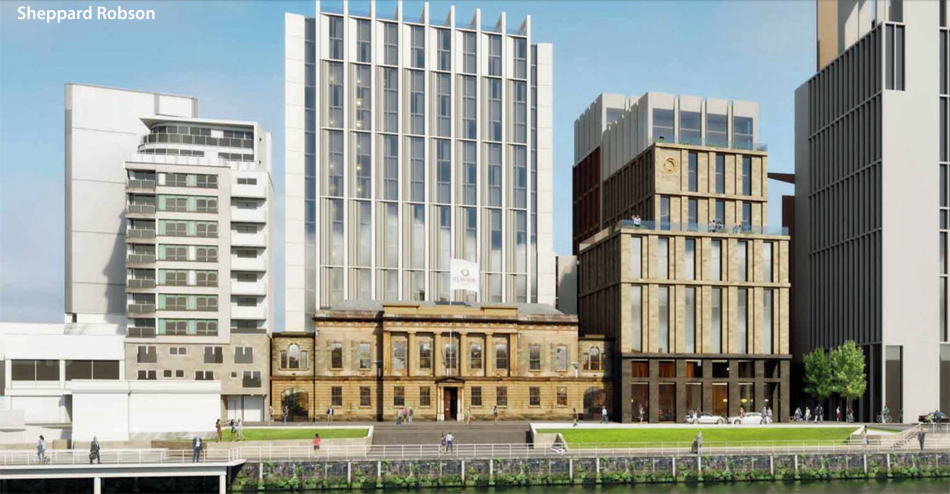 “The vision for the proposed scheme is one of a high-quality, mixed-use development led by new contemporary architectural solutions. which sensitively respond to the existing built environment while enhancing and safeguarding the historic Custom House building.”

“Artisan, with their committed hotel partners, Dalata and Adagio, are committed to the regeneration of this site and providing long-term economic stimulus and new activity to the neglected riverside area.

“The secured long leases with the two hotel operators will ensure the upkeep, protection and enjoyment of the historic asset for the future.” 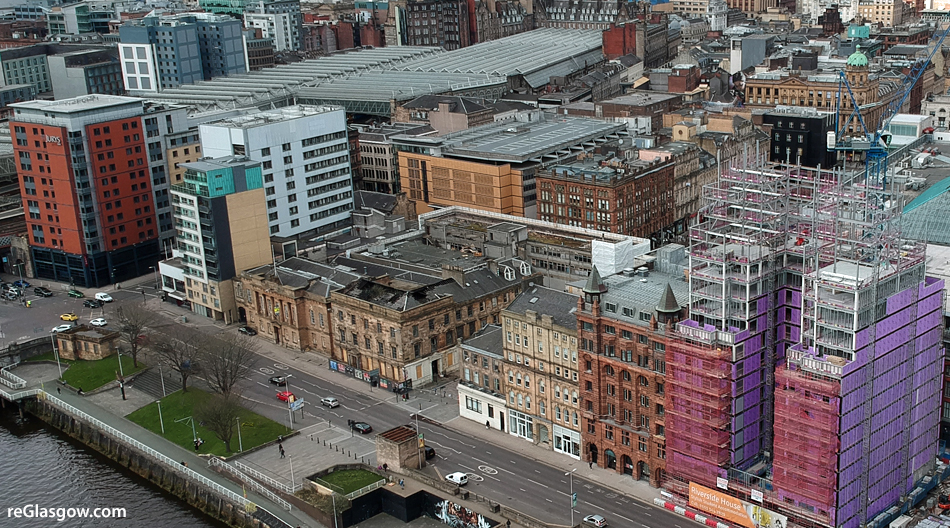 The site seen earlier this year before demolition of a dangerous tenement at the corner of Clyde Street and Dixon Street. the building under construction is new student accommodation

“The design will create a harmonious family of buildings that complement, safeguard, preserve and enhance the stature of the historic Custom House within the context of the ongoing regeneration of the riverfront.

“Equally it will re-set Dixon Street as part of the key sequential route from the City Centre and Buchanan Street, through St Enoch Square to the Clyde Waterfront and help to bring to fruition the vision of a new and vibrant public realm and streetscape that will help to re-animate the riverfront while also fostering a dynamic link back to the city. 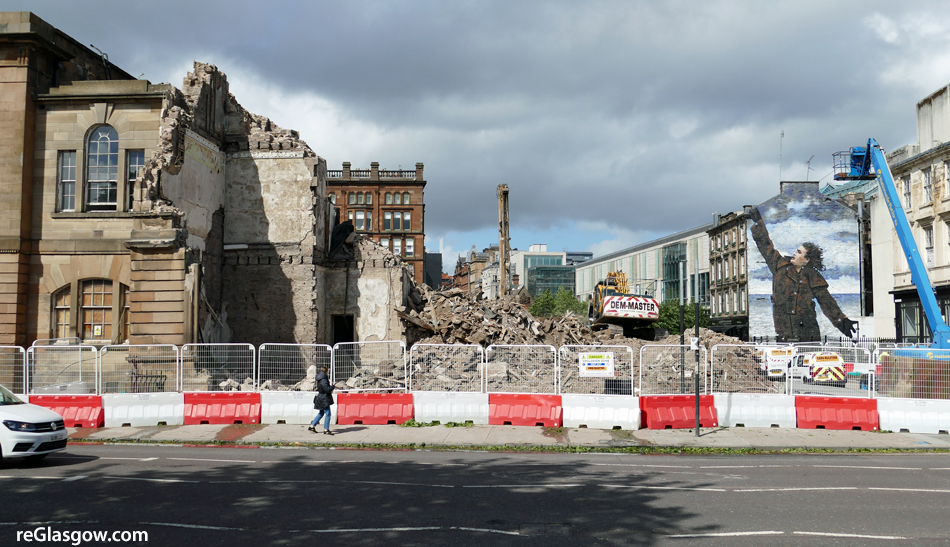 “This design is part of a significant investment in Glasgow and will allow for the retention and re-use of the iconic Custom House building, in addition to the regeneration of much of a city block situated in a prominent location between the city’s largest shopping street and the Riverfront.”

The application will now be assessed by council officials.

Permission has previously been given for a 17-storey hotel on the other corner of Clyde Street at Dixon Street.