WORK has started on clearing buildings as part of a major hotel and high-rise student accommodation development near Glasgow City Chambers.

Much of the city block bounded by Martha Street, John Street, North Frederick Street and George Street is set to be transformed under the plans. 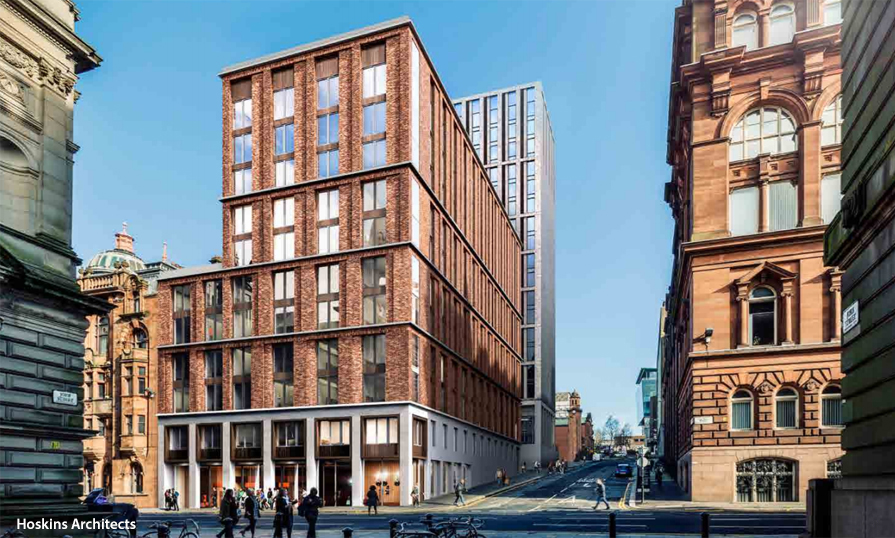 Planning permission is in place for a 19-storey student accommodation block on Martha Street and an 11-storey hotel on the George Street/John Street gap site. 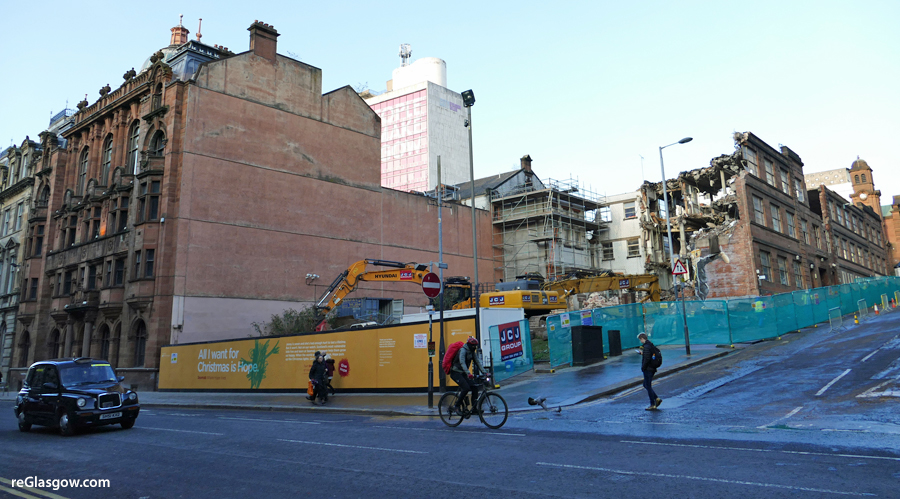 Revised proposals have been submitted for the hotel accommodation to extend into the neighbouring A-listed former Parish Halls at 266 George Street.

Latest documents submitted to Glasgow City Council state: “The developer [Chris Stewart Group] has partnered with a major international hotel brand for the new-build hotel component of the site, and the brand has expressed an enthusiasm for bringing the former Parish Halls into the hotel operation.”  The hotel company is not named.

It is also now proposed that the B-listed former Inland Revenue building at 280 George Street be converted to residential apartments.

The development  includes a public plaza set back from Martha Street and a new east-west lane linking North Frederick Street and John Street. The lane will be fronted by new ground floor commercial, retail, leisure and food and drink uses on the ground floor of the Parish Halls on the south side of the lane and on the north side in the lowest level of the new student accommodation building.

Some disused unlisted buildings are being demolished.

A submission by Hoskins Architects at the time of the application stated: “This application relates to the ambitious re-imagining of an extremely neglected urban block in the heart of the city. Unused and inaccessible listed buildings containing a range of extraordinary rooms damaged by a series of ill-judged interventions over the years will be brought back into sustainable public use.

“A diverse range of active and high quality public spaces will be created to open up routes through and across the block and re-establish an interconnected urban experience in this part of the city.

“The proposed development, rooted in mixed uses and a careful combination of repair, intervention and new-build, will usher in a new ambition for the whole urban quarter.” 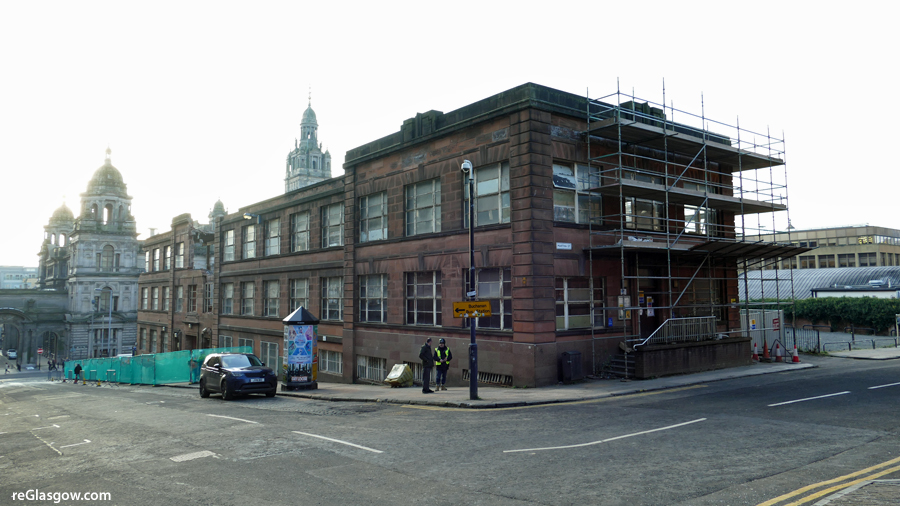 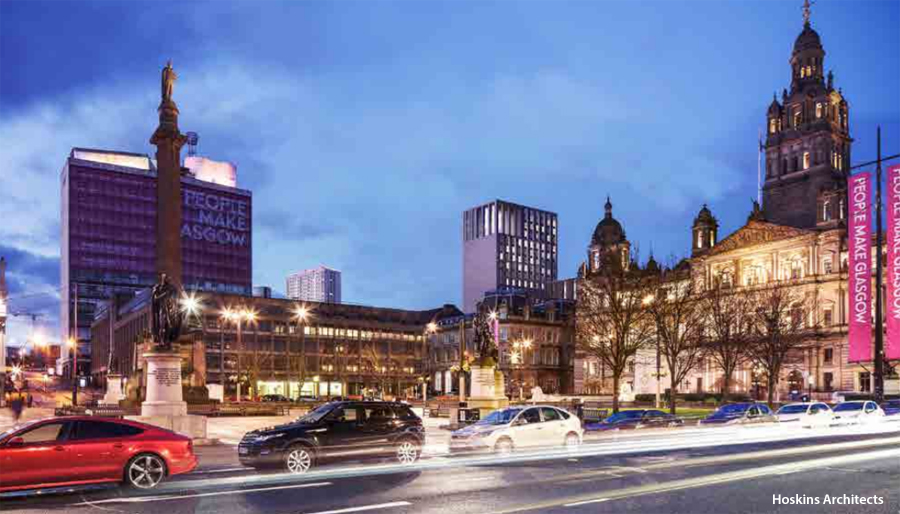 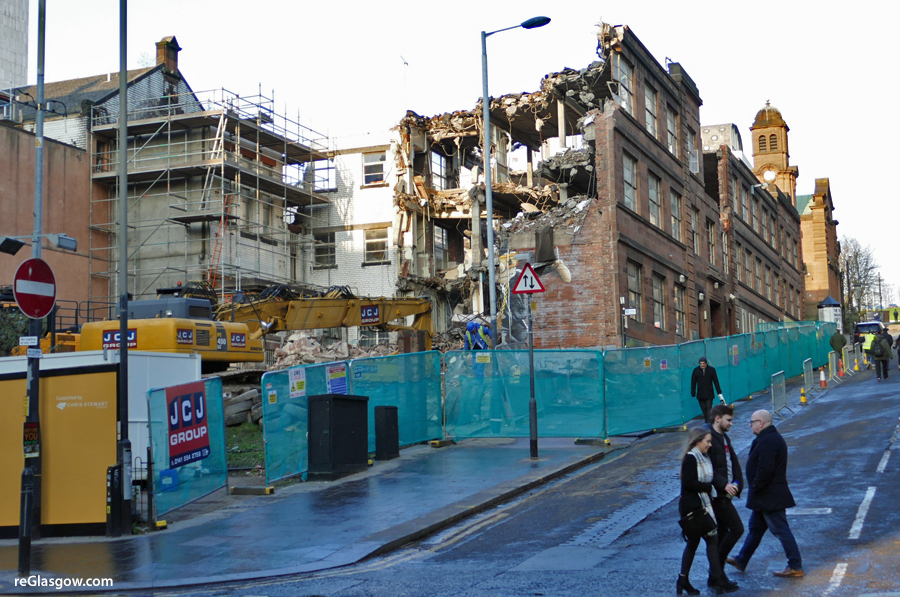 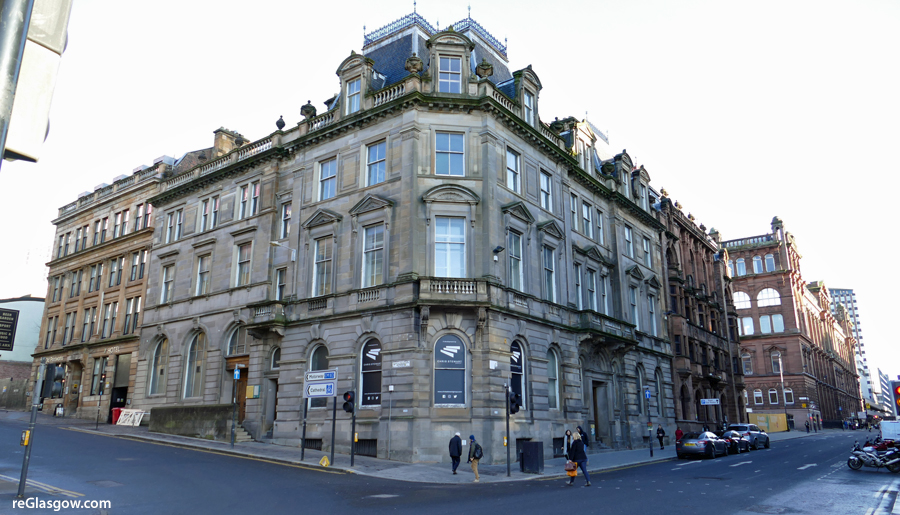 The former Inland Revenue building would be turned into apartments under plan.