THE latest plans to radically transform the streetscape on Byres Road include protected cycle lanes and a big cut in on-street car parking spaces. 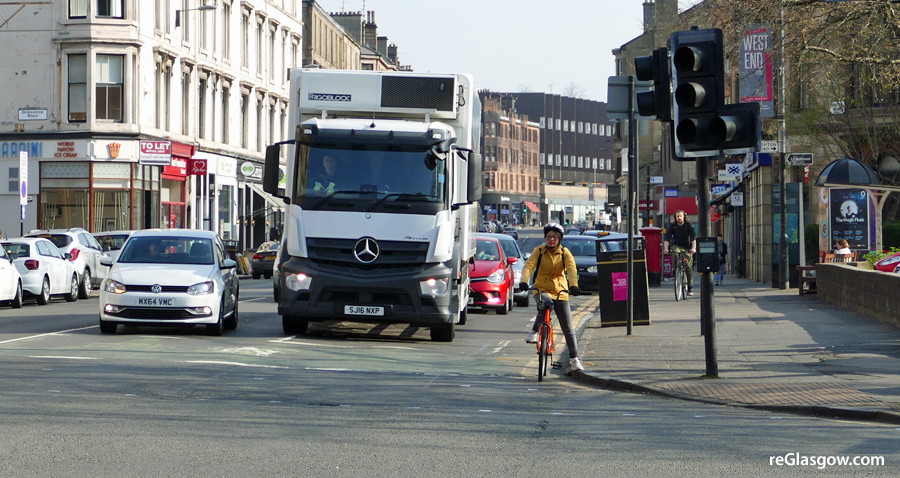 — Reducing the width of the carriageway to six metres and removing some on-street car parking spaces to create additional pedestrian and cycling space.

— Introduction of a 20mph speed limit and the inclusion of carriageway setts at key gateways to visually reinforce it.

— Introduction of a one way gyratory system at the southern end of the street to discourage traffic that is using Byres Road as a route to access the Clydeside Expressway.

— Widening and upgrading of footways to make pedestrian movement along the street more relaxed and enjoyable and to reduce the width of crossing points.

— Introduction of step-free crossings at side streets.

— Enhancing key corners to create distinct and attractive spaces along the street where people can sit and rest.

— Introduction of 1.5-metre wide mandatory cycle lanes (including a contraflow cycle lane on the one-way traffic section) to allow cyclists a continuous route between Great Western Road and Partick Cross. 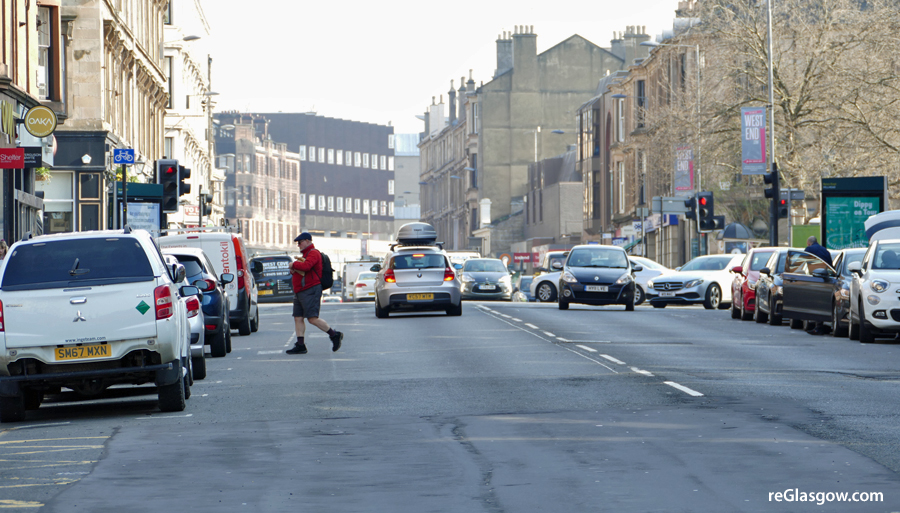 The original plans did not include protected bike lanes and city council officials have been working on how to include them.

However, their latest proposal — for kerb-segregated cycle lanes at carriageway level — has attracted criticism for “prioritising movement through the street at the expense of place quality”, contrary to the original place-making ambitions of the project.

There are also concerns that kerb-segregated lanes cause problems for people with mobility issues and the visually impaired.
Alternative methods suggested are cycleways incorporated at footway level — like the public realm improvements at Sauchiehall Street — or a stepped “Copenhagen” style cycle lane, which is the arrangement currently being constructed as part of the South City Way project.

A report updating councillors states: “In light of concerns voiced by key stakeholders, it is recommended that kerb-segregated cycle lanes are not taken forward into detailed design.

“Protected cycle infrastructure will form part of the final design with the preferred arrangement identified during design development in light of further discussions with key stakeholders.

“Discussions will consider the respective merits of footway level and stepped Copenhagen style cycle lanes. These arrangements are regarded as more appropriate for the high-street context, offer an opportunity to better address the original place-making objectives of the scheme and respond to the major concerns of disability groups.” 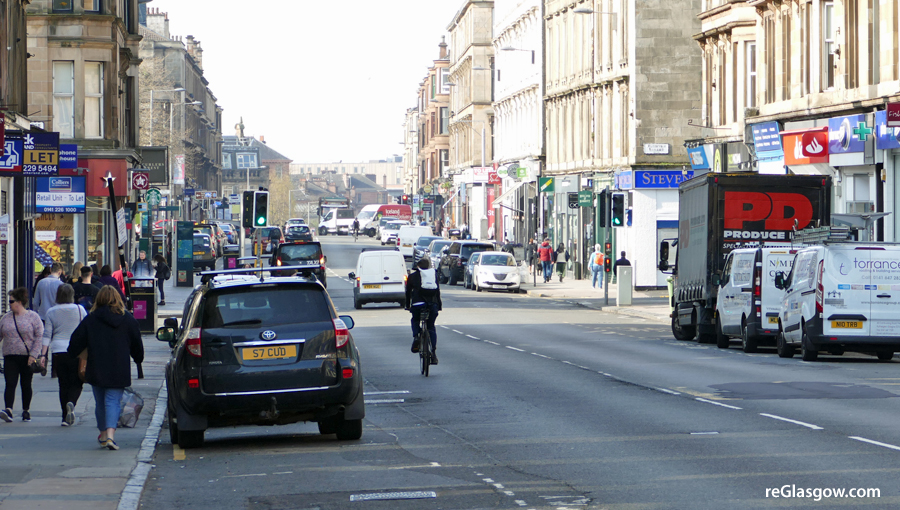 The business community has also voiced opposition to the level of on-street parking reduction, with the area north of University Avenue most affected.

Spaces will go from 117 to 42 under the plan although after 6pm loading bays will provide capacity for an additional 56 cars, support the evening economy.

However officials say they gathered significant information on the parking provision and behaviour of shoppers.

They found that only around a third of shoppers drove to Byres Road; the remainder getting their by foot, cycle or on public transport.

And only around 30 per cent of shoppers who arrived by car actually parked on Byres Road itself. The remainder made use of residential side streets and off-street facilities.

Side streets that immediately adjoin Byres Road have capacity of approximately 750 shared-use parking bays. The street is also served by off-street car parks, including Lilybank Gardens and Ashton Road with a combined capacity of just under 200 spaces.

The report states: “Proposals to reduce parking as part of the Byres Road Public Realm project would represent a reduction in capacity of less than 10 per cent.

“In light of the above data and established political support for the introduction of segregated cycle lanes it is recommended that the council progresses with the introduction of a scheme that reduces on-street parking on Byres Road in order to accommodate additional pedestrian space and protected cycle infrastructure.”

It is also recommended that the council gives additional consideration to options available for increasing parking capacity within the area.

The current timetable for the work shows construction starting in summer 2020 with completion in spring 2022, although the programme may be subject to change depending on the nature of objections raised during consultation required to obtain a Traffic Regulation Order.