GLASGOW Queen Street’s newly-extended platform 1 has entered service as the £120million redevelopment of the station reaches its first key milestone.

During the May bank holiday weekend, Network Rail completed a six-month project to lengthen the platform by 50 metres, providing additional space for longer four-carriage trains.

Work stated in November 2017 with the demolition of the former ticket office and staff accommodation block to clear the space needed to extend the platform. 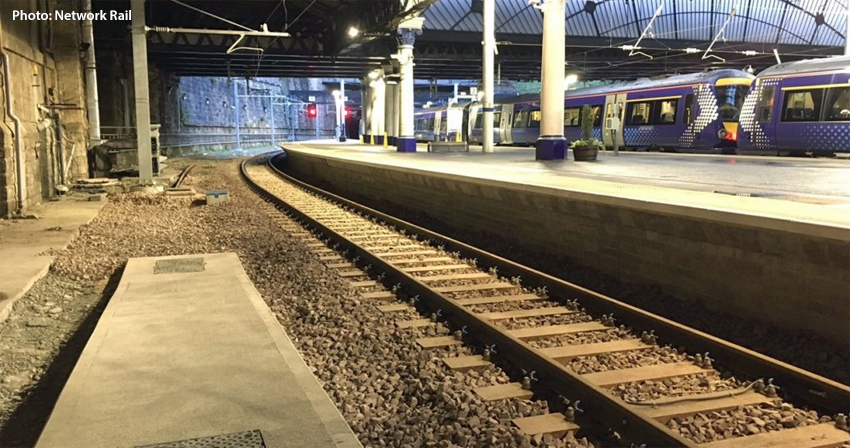 More than 4,000 tonnes of demolition material was removed before 200 tonnes of ballast was laid, along with 35 metres of new sleepers and rails. New overhead power masts were also installed.

Alan Ross, director of sponsorship for Network Rail Scotland, said: “We are transforming Glasgow Queen Street to create a bigger and brighter station and successfully completing the extension of platform 1 is the first significant milestone for the project team.

“The redevelopment of Queen Street, and the recently completed electrification of the main Edinburgh to Glasgow line, is part of our plan to build the best railway Scotland has ever had –- delivering longer, faster trains with more seats for customers.”

On Friday (May 4), Transport Minister Humza Yousaf visited the station to view progress on the extension works.

Mr Yousaf said: “It’s great to see very real progress at Queen Street Station with the accelerated delivery of the platform one extension. Once complete, the redeveloped station will deliver a fully-accessible, modern, transport facility that better serves the needs of passengers and the city while also enabling longer, faster, greener trains to operate.”

In addition to the extension of platform 1, platforms 2 to 5 will also be lengthened to accept trains up to eight-carriages long.

Consort House and the Millennium Hotel extension buildings are currently being removed from the front of the station to make way for the longer platforms, as well as a new station frontage, concourse and entrances. 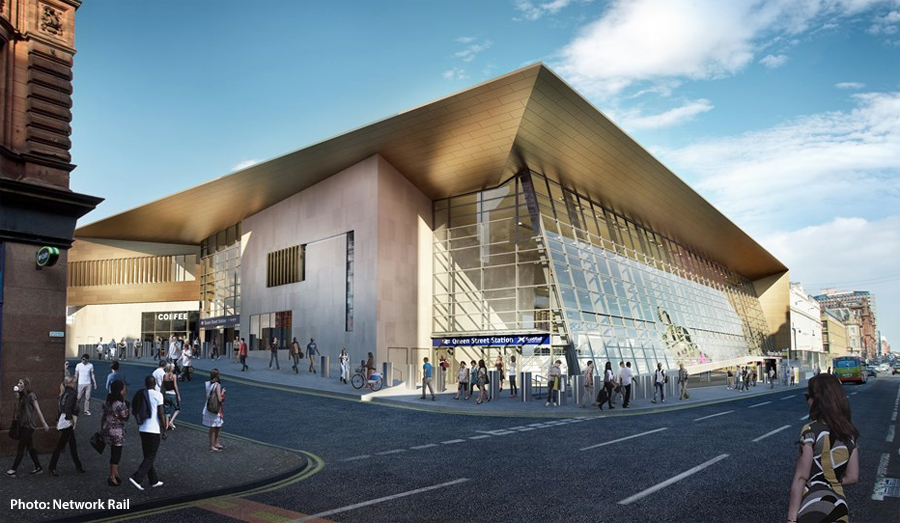 Above and below, images of how the redeveloped station will look

When complete in 2020, the redeveloped Glasgow Queen Street station will offer customers an expanded concourse with more circulation space and improved customer facilities in a contemporary and distinctive building. 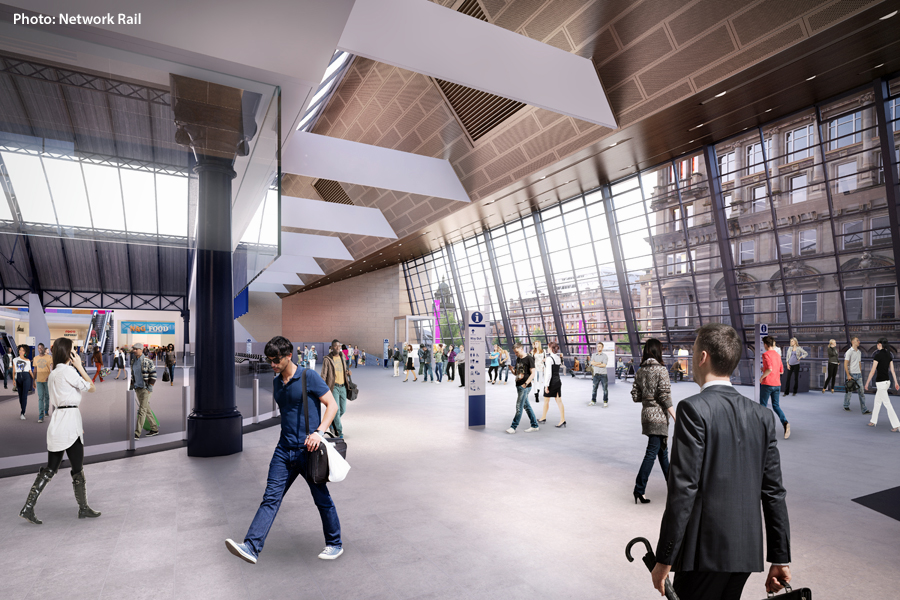 The new station is being delivered as part of the Scottish Government-funded Edinburgh to Glasgow Improvement Programme.