LARGE Darnley Mains Site Beside M77 Can Be Used For Housing

PERSIMMON Homes have been given permission for a development of around 200 houses on land beside the M77 at Darnley Mains.

The site at Waukglen Road and Leggatston Road, beside a B&Q store, was the only major industrial and business site in the southwest of the city on the M77 corridor but had failed to attract any companies.

Glasgow’s planning applications committee agreed that the land can instead be used for residential development. 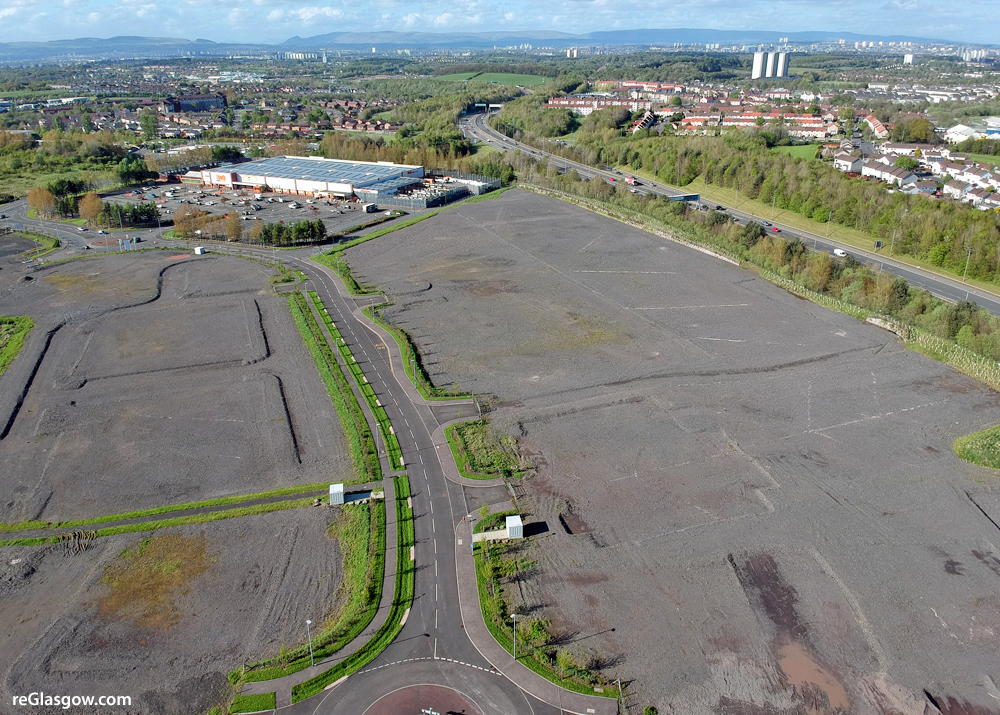 A report by officials stated: “Marketing of the site has been unsuccessful, which has been explained by the applicant’s agent as being due to the preference of this type of occupier for locations that are more accessible to the M8 and M74 motorways.

An indicative layout plan shows up to 200 houses arranged over two sites, on either side of the existing spine road, with a mix of detached, semi-detached and terraced properties. Further applications with detailed drawings will still need to be submitted to the council for consideration.

A document lodged with the application stated: “Although the site is allocated for office/industrial uses it has failed to attract suitable tenants for circa 40 years and no employment will be lost by allowing residential use of the site.”

“The proposed housing offers an opportunity to address some of the housing shortfall in Glasgow through a house-builder with a proven track record for delivering new homes in both Darnley and the wider Glasgow area.

“The density of the development proposed will be consistent with the neighbouring residential developments.”