INCREASE In Amount Of Derelict Glasgow Land Brought Back Into Use

SIXTY-four hectares of vacant and derelict land was returned to productive use in Glasgow last year — the equivalent of 90 full-sized football pitches.

Two-thirds of the land brought back into use was developed for residential purposes, with other uses including transport, recreation and leisure.

Nearly half — 349 — of the remaining sites are owned by the council. The council has drawn up a Vacant and Derelict Land Assets Plan as it prepares to make use of the land in the coming years.

Glasgow City Council will spend a £3.5million Scottish Government funding allocation on potential treatment and/or investigation of over 37 hectares in this financial year. 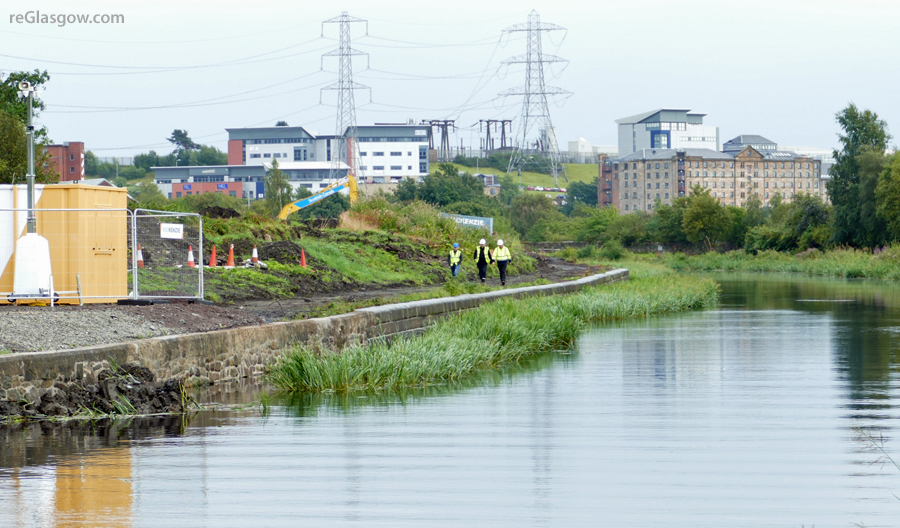 Work already underway beside the Forth and Clyde Canal at Applecross

The money is proposed to be spent as follows:

— Broomielaw — £85,000 on investigations into infrastructure and land conditions

— Water Row, Govan — £950,000 for remediation works to create a platform for development at Old Shettleston Road to allow potential relocation of show-people.

— Water Row, Govan — £650,000 for remediation works to create a platform for development at Rowan Park, Govan to allow potential relocation of show-people.
— Dawsholm Pitches — £50,000 for environmental improvements including path creation and wildflower planting.

Councillor Kenny McLean, city convener for Neighbourhoods, Housing and Public Realm at Glasgow City Council, said: “For far too long, the scale of vacant and derelict land in Glasgow has blighted communities and held back our economic growth. While we are now seeing the acceleration of a trend to bring back this land for a variety of uses that will benefit the city, much remains to be done, and we look forward to working with our partners in the public and private sectors to reclaim these sites and allow their development.”

The figures on vacant and derelict land in Glasgow come from the Scottish Vacant and Derelict Land Survey (SVDLS).