THE first trees have been planted as part of the Sauchiehall Avenue project in Glasgow City Centre.

Work on the £7.2million makeover of Sauchiehall Street — between Charing Cross and Rose Street — has been underway since January and will feature a multi-functional service verge and two-way cycle lane on the northern side of Sauchiehall Street, with pavements widened to free up space for pedestrians and licensed tables and chairs on both sides of the street. 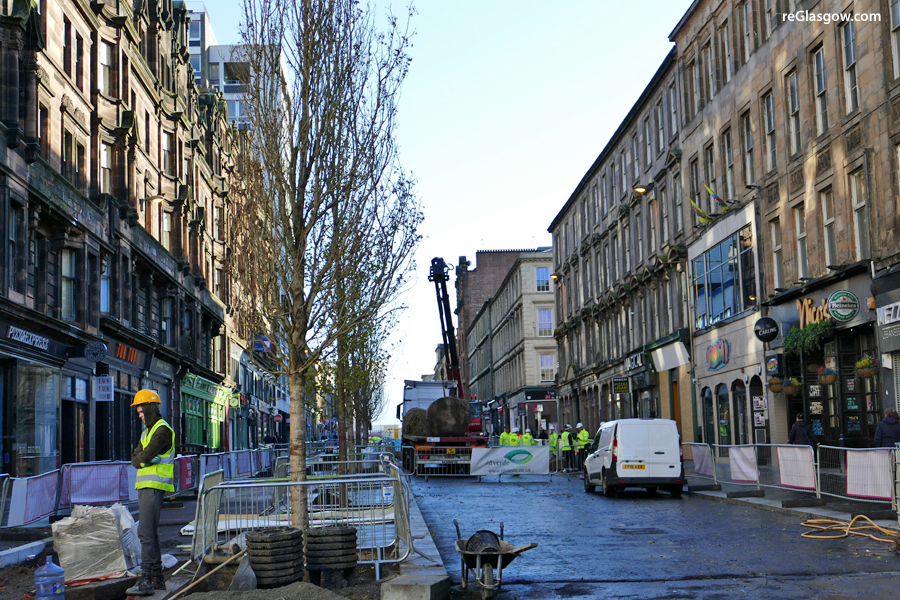 Twenty-seven trees — a variety of deciduous species, with attractive colours throughout the year — are being planted along the Avenue. 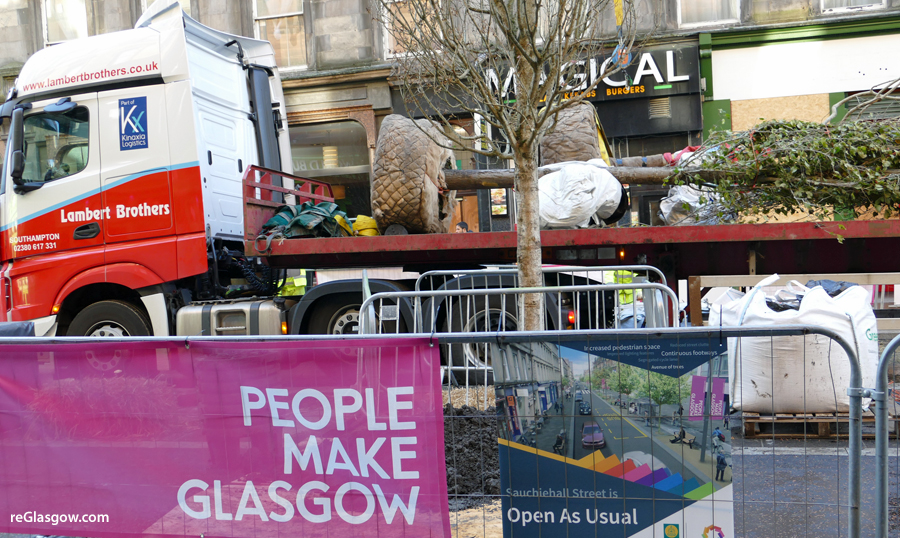 In addition, new bus shelters, cycle stands, seating, smart city infrastructure and improved street lighting will be delivered through the project, which also includes new public realm on the four streets to the south of Sauchiehall Street between Elmbank Street and Douglas Street.

Improved connections through the project are expected to bring economic, environmental and social benefits to this part of Glasgow, making it easier for pedestrians and cyclists to move through the area, and enhancing its traditional status as a gateway into the city centre. 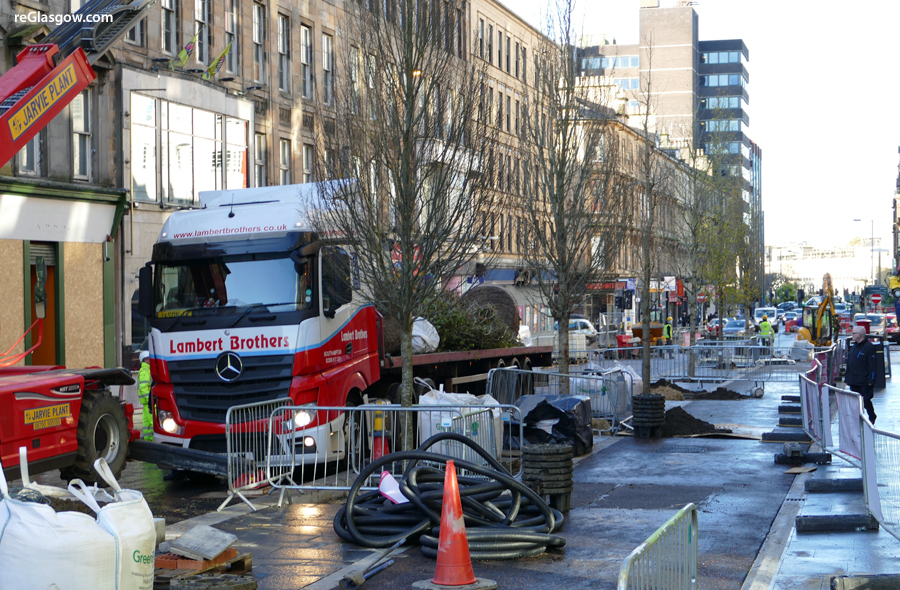 Sauchiehall Avenue is the first of 16 such avenues to be created on Glasgow city centre streets in the coming years through the £115million Avenues project funded by the Glasgow City Region City Deal. 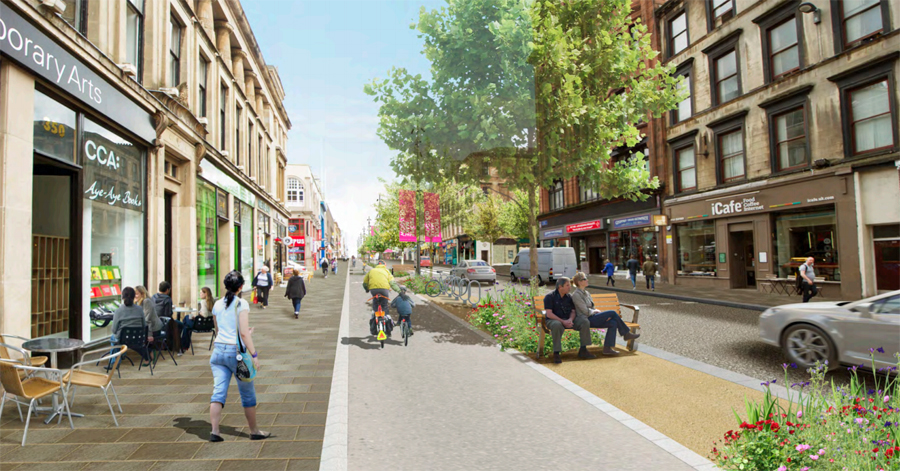 Councillor Susan Aitken, leader of Glasgow City Council and chair of the Glasgow City Region City Deal cabinet, said: “This is a symbolic moment in the rebirth of Sauchiehall Street, one of our greatest thoroughfares and a landmark destination for so long in the city’s history. The street has faced considerable challenges in recent times, not least the fires which have devastated whole sections this year.” 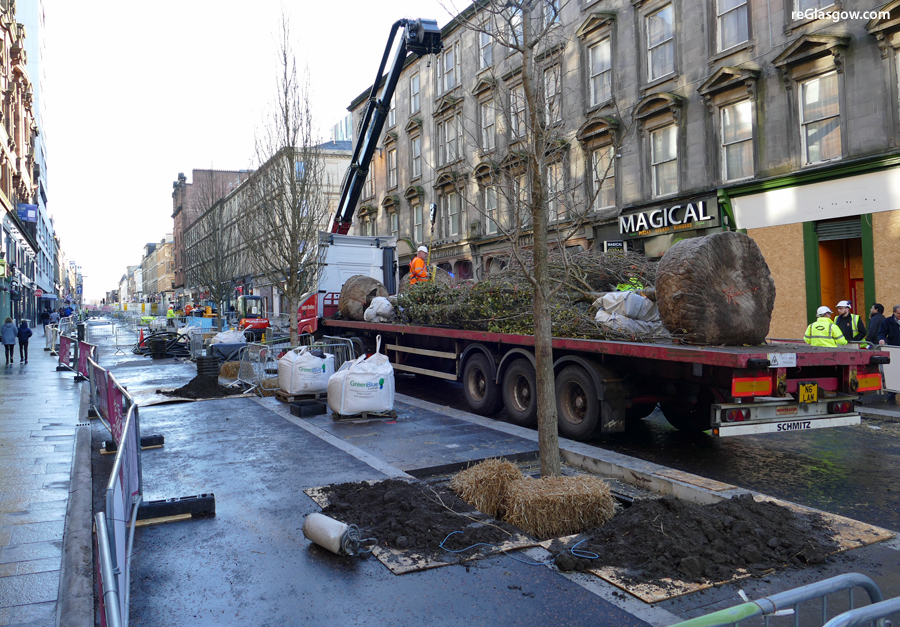 She continued “But its revitalisation has been a priority for the City Government well before the fires and the planting of the trees marks the moment when businesses and those many people who live there or visit it for work, business, study or leisure will begin to see our plans gathering apace.” 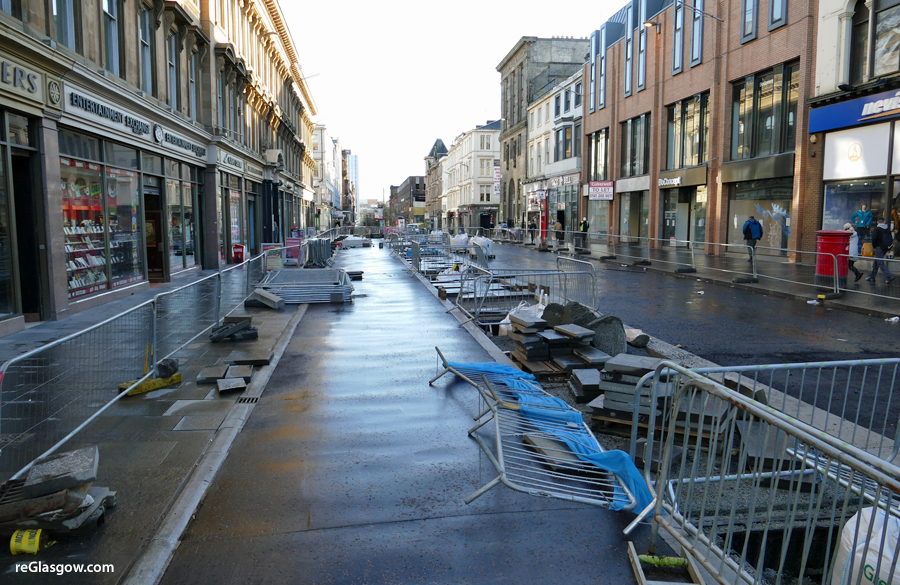 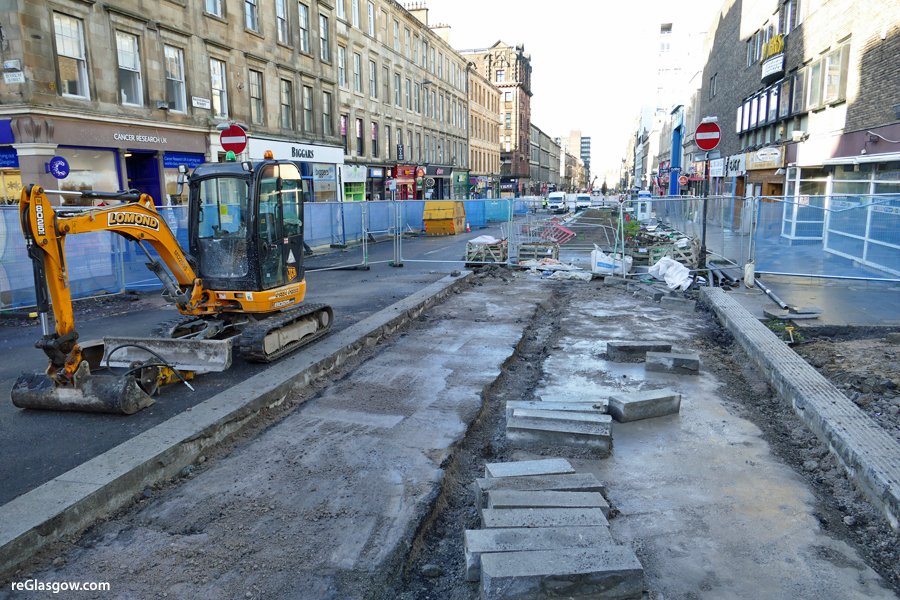 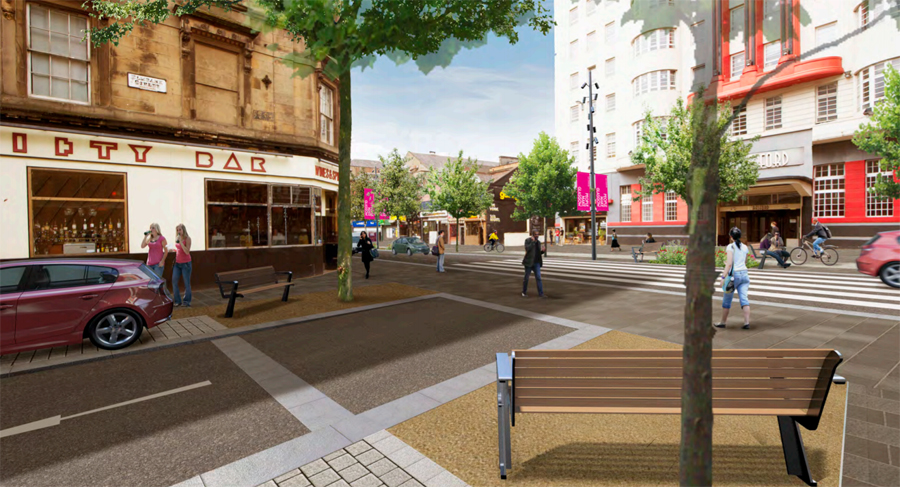