DESIGNS have been approved for the new pedestrian and cycle bridge over the M8 at Sighthill.

The structure, which will have landscaped areas at either side, is being provided as part of the massive regeneration scheme at the north Glasgow neighbourhood. Planners have now given the go-ahead to the detailed elements of the project allowing it to progress. 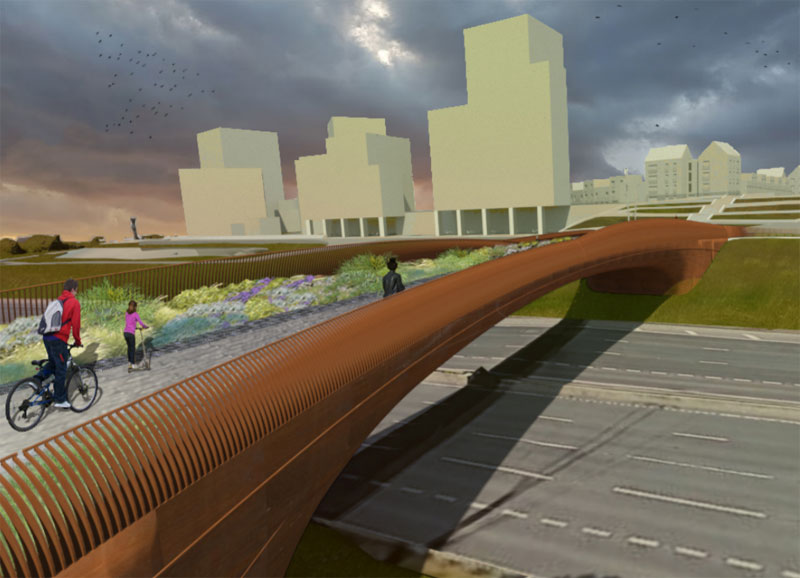 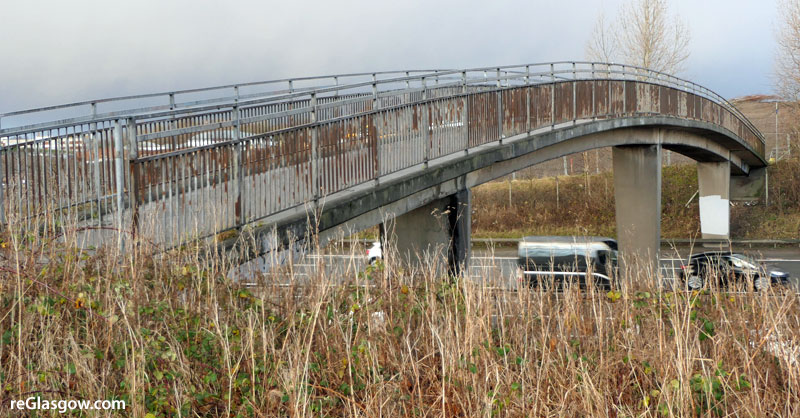 A design statement submitted to officials explained: “The existing pedestrian route between Sighthill and the city centre currently relies on a pedestrian bridge over the M8 motorway. The bridge is not easily accessible. 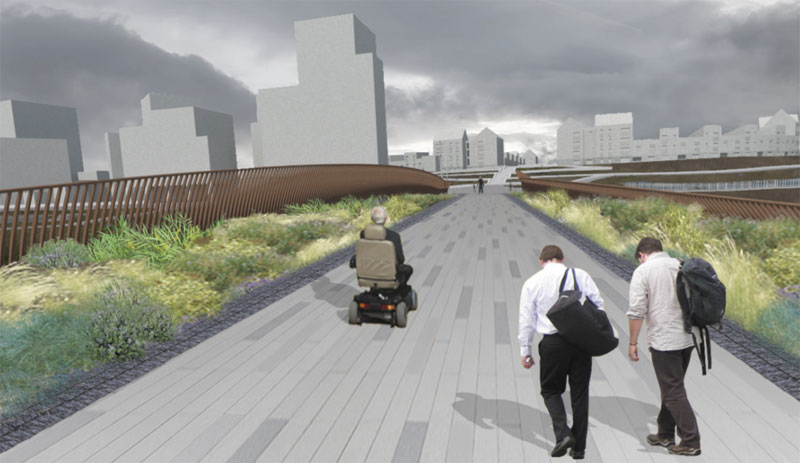 Above, how the bridge deck looking north is expected to appear and, below, how it is now 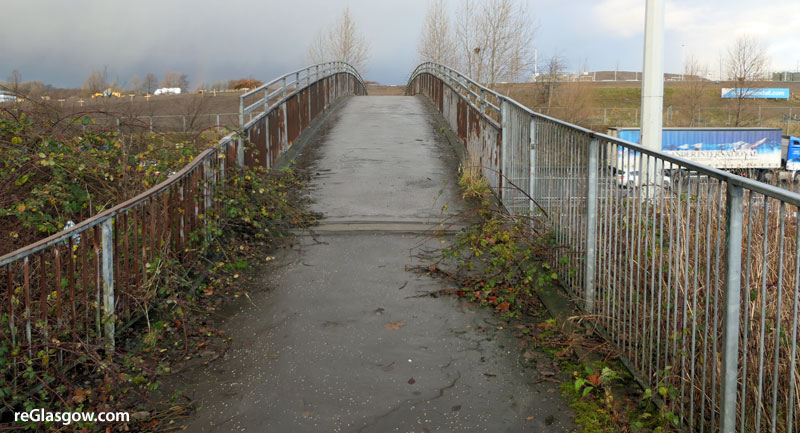 “Overall, the existing infrastructure and accessibility is considered unsuitable and does not service Sighthill or the adjacent communities to its full potential.

“The masterplan proposes to replace the infrastructure and enhance the public realm to either side of the bridge, resulting in a new signature gateway to the northern quarter of the city. On the city centre side, it is proposed to open up the land available to ensure high visibility to the bridge, and enhance with public realm landscaping — which itself will connect into the wider strategy for a public realm link to George Square. 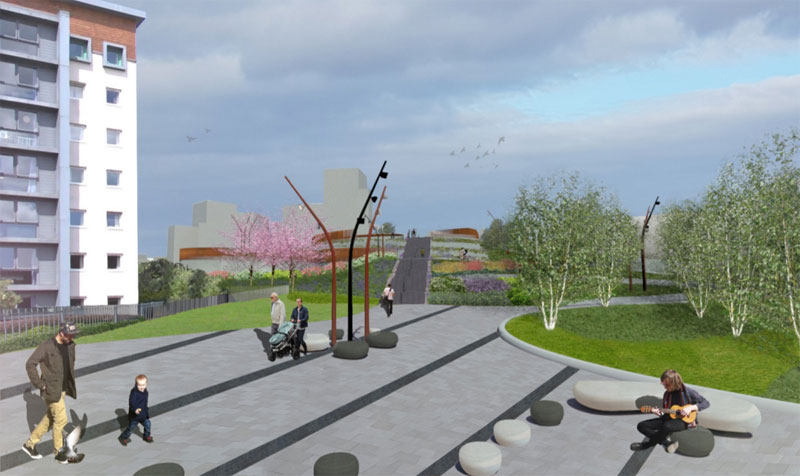 Above, how the site looking north is expected to appear and, below, how it is now 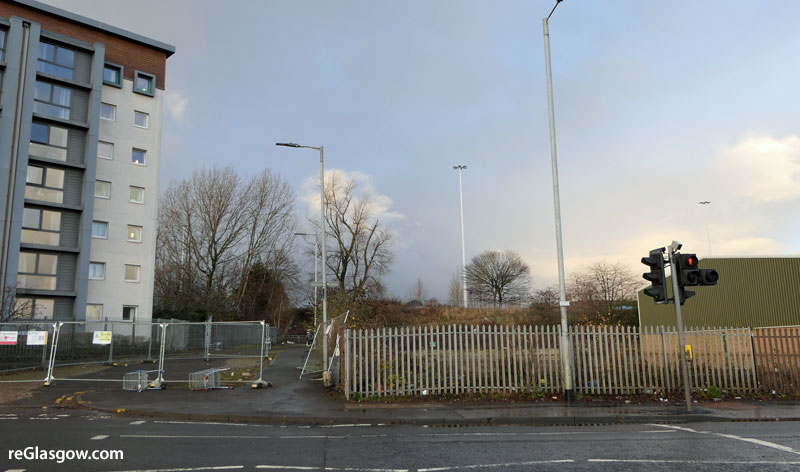 “To the north side, in Sighthill, the bridge will arrive to a new public square which will guide users up onto the hill or to the west to the canal basin amenities.

It continues: “The concept for the bridge infrastructure itself is that it will be characterised by the presence of naturalised planting and become a natural extension of the new Sighthill ‘Linear Park’.

“Overall, this new gateway will be highly visible, welcoming and fully accessible by a variety of users (pedestrians, cyclists and biodiversity). This new bridge connection will represent the ‘south gateway’ to the regenerated Sighthill area and will offer new and unexpected views of the City of Glasgow.

“The fluted shape of the structure combined with the incorporation of green space in the design makes the Sighthill footbridge unique, not just as a continuation of the green space associated with the north approach landscaping area and canal on the north side of the bridge, but also as continuation of the new urban park space being created to the south within the cityscape of Townhead. 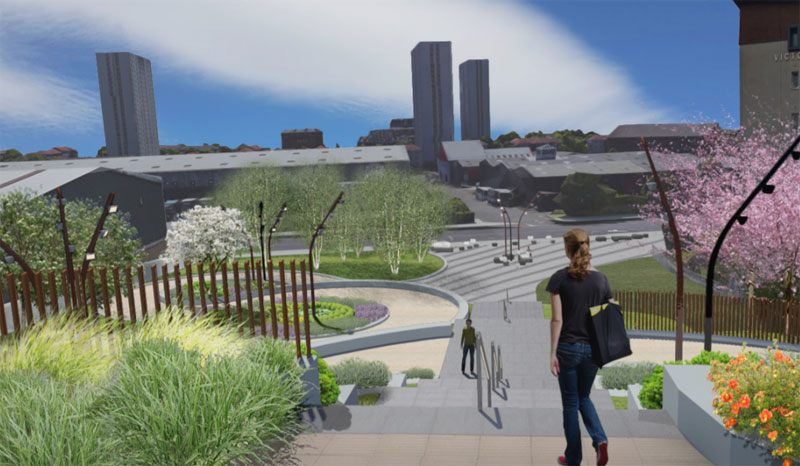 Above, how the site looking south is expected to appear and, below, how it is now 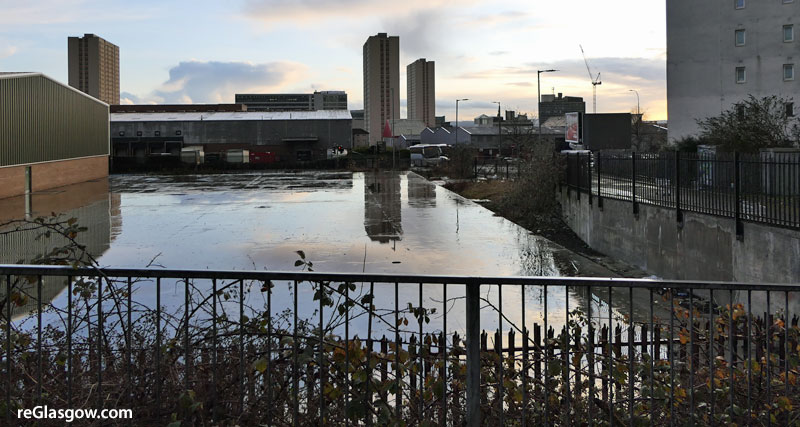 “When cyclists make their way from the centre of Glasgow to Sighthill a series of looping bends raise them through the south approach to the iconic bridge; a unique space affording safe passage across the motorway corridor in an encapsulated landscaped environment with feature planting and lighting adding intrigue by day and by night.

“The path incorporates a continuous bench seat that allows pedestrians to stop and rest at any point on their journey.” 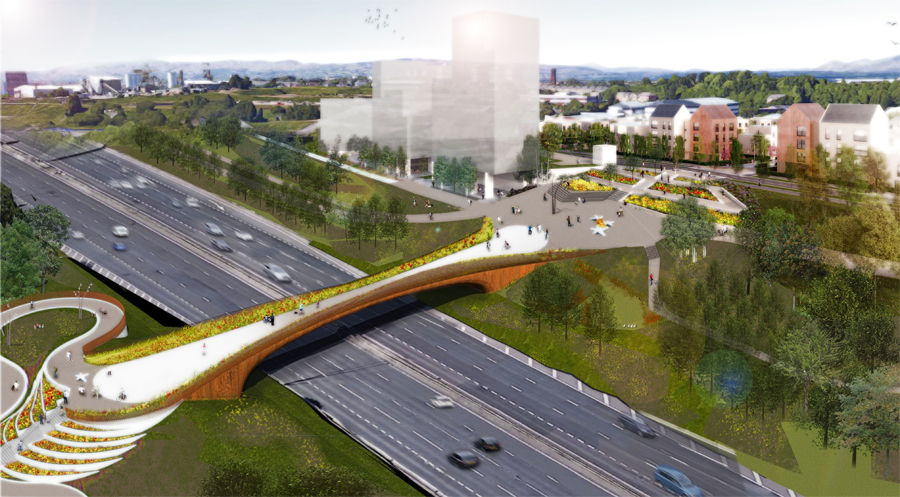