PLANNERS have agreed that a historic Glasgow building — last used as a tribunal court and offices — can be turned into a 98-bedroom hotel.

A change-of-use application by property developer Henley Homes Group for Wellington House, on the corner of Wellington Street and Bath Street, has been approved by the City Council.

The current building is largely a modern five-storey structure built in the 1990s behind the B-listed retained facade of the former Wellington Buildings. 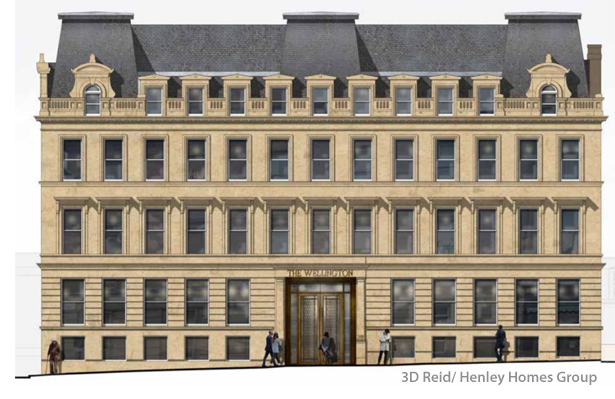 Drawings indicate the hotel would be known as The Wellington.

A statement submitted to Glasgow City planners explained: “The proposed application relates to the re-imagining of Wellington House as a hotel and will involve the sensitive conversion of the listed building into city centre bedroom accommodation.”

It continued: “There are minimal external alterations proposed due to the sensitive nature of the listed facades.

“An external lighting scheme is proposed for the external elevations to Bath Street and Wellington Street to enhance the character of the listed facades and the visibility of the hotel within the evening streetscape.” 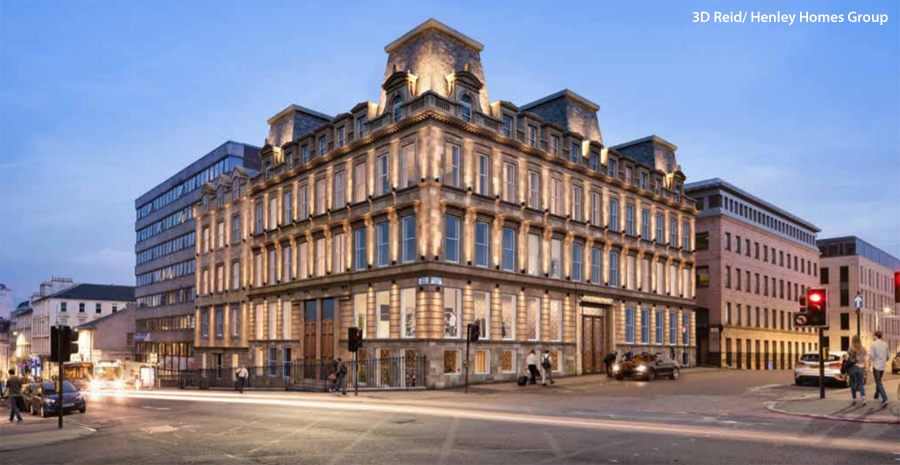 How the building is expected to look including external lighting