STRATHCLYDE Partnership for Transport (SPT) has unveiled new open-plan subway trains due to be in service in Glasgow from 2020, with an entirely staffless service operating the following year.

The first of a fleet of 17 trains built by Swiss consortium Stadler Bussnang and Ansaldo STS was unveiled on Tuesday at the Berlin InnoTrans trade fair.

The trains will be the same length and size as existing rolling stock, but made up of four-car sets, as opposed to the current three-car sets.
While driverless subway systems already run through some British cities, the Glasgow trains will be the first in the UK to run with no staff on board after a period of testing.

Alongside the new trains, the refurbishment will also include signalling upgrades to allow for a more frequent service with trains arriving every three minutes on a regular day, and every two minutes before and after football matches. 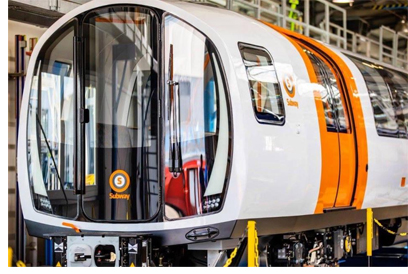 SPT chair Dr Martin Bartos said: “I’m delighted to see these pre-delivery pictures of the first new train from manufacturers Stadler. It’s an exciting time for SPT and everyone involved in this challenging transport project.

“Like every other Subway user, I’m looking forward to seeing our new trains in Glasgow, but I know there is a long way to go before new trains are in the system.

“Once they start to be delivered there will still be an extensive testing period to ensure we get things right for our passengers. However, I think these first images show there is a lot to look forward to.” 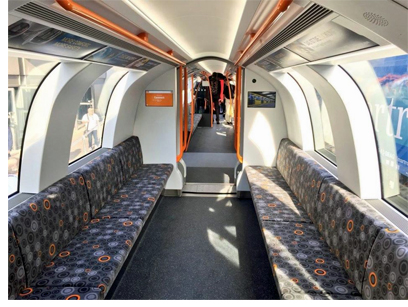 Senior director Charlie Hoskins added: “This new train from Stadler really is excellent in both design and quality. I am delighted to hear that so many of our rail industry colleagues are impressed with what they’ve seen at InnoTrans and we are very much looking forward to welcoming the new trains for extensive testing in Glasgow soon as part of the next stage of the modernisation programme.

“Everyone involved in this project is very aware of the proud rail history of the Subway as the third oldest in the world, and these new trains will continue that legacy for many years to come.”

Opened in 1896, Glasgow’s subway system is the third-oldest underground metro system in the world after the London Underground and the Budapest Metro.