ELECTRIC bikes are due to be added to Glasgow’s cycle hire fleet by August 2019, as use of the Nextbike network continues to grow at a massive rate, contributing to a reduction in city centre traffic.

Glasgow City Council has agreed to press ahead with a £350,000 project to introduce e-bikes to the Nextbike scheme. The council has accepted £176,000 from the Energy Savings Trust (EST) for the initiative and will pay the other half of the cost from its Cycling Strategy budget.

A fleet of 63 e-bikes will be purchased and electrical facilities will be provided at 21 of the current 63 cycle hire stations. 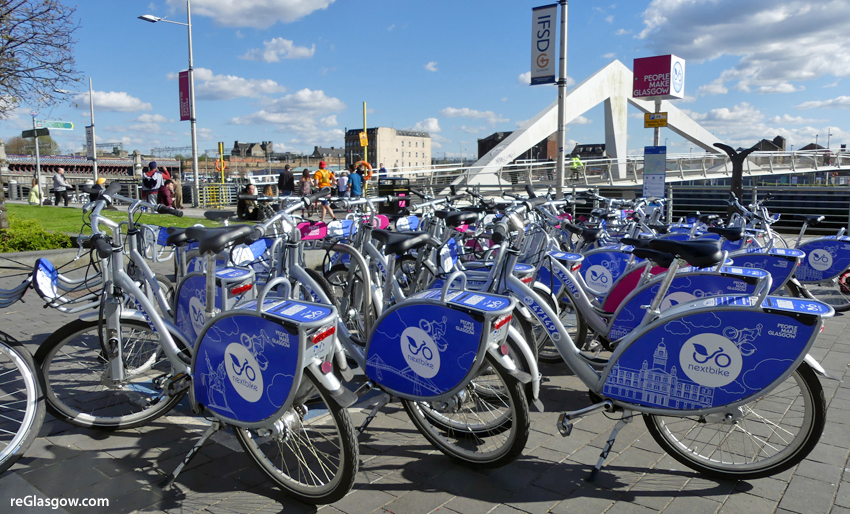 A report by Councillor Anna Richardson, City Convener for sustainability and carbon reduction, stated: “Due to the lead-in time for delivering the e-bikes, their inclusion in the cycle hire scheme is targeted for August 2019.”

Councillor Richardson added: “The [cycle hire] scheme has significantly progressed the normalisation of cycling within the city, leading to modal shift of travel patterns. Since the cycle hire scheme was introduced in 2014, there has been a reduction in car traffic into the city centre by 2 per cent per annum.

“As the scheme continues to grow and expand year on year, new areas of the city are being reached, new users are being attracted, and we are now seeing the scheme becoming a daily integral part of the lives of commuters and citizens. This is evidenced by a 258 per cent increase in monthly hires, when comparing July 2014 to July 2018.

“Community outreach and academic research has shown that the introduction of e-bikes will be a positive addition for the City, which will open up active travel options to those who may not cycle due to reasons including journey length or physical fitness.”

A key aim of the council is for Glasgow to become one of the most cycle-friendly cities in the UK.