A NEW digital cycle counter installed at Glasgow Green just two weeks ago has already been passed by cyclists a total of 20,000 times.

The counter is the second in the city — the other is at Anderston at the foot of the ‘Bridge to Nowhere’ — and has been installed by active travel charity Sustrans.

It is site along a busy commuter and leisure route at the Green’c entrance near Albert Bridge and has been averaging more than 1,000 bikes a day. It is expected to bring in numbers to rival the current top spot held by the counter on Edinburgh’s Middle Meadow Walk.

The counter is one of 14 across Scotland which relay local cycle information to a master digital totem displaying the counts outside the Scottish Government’s Victoria Quay office in Leith, Edinburgh. 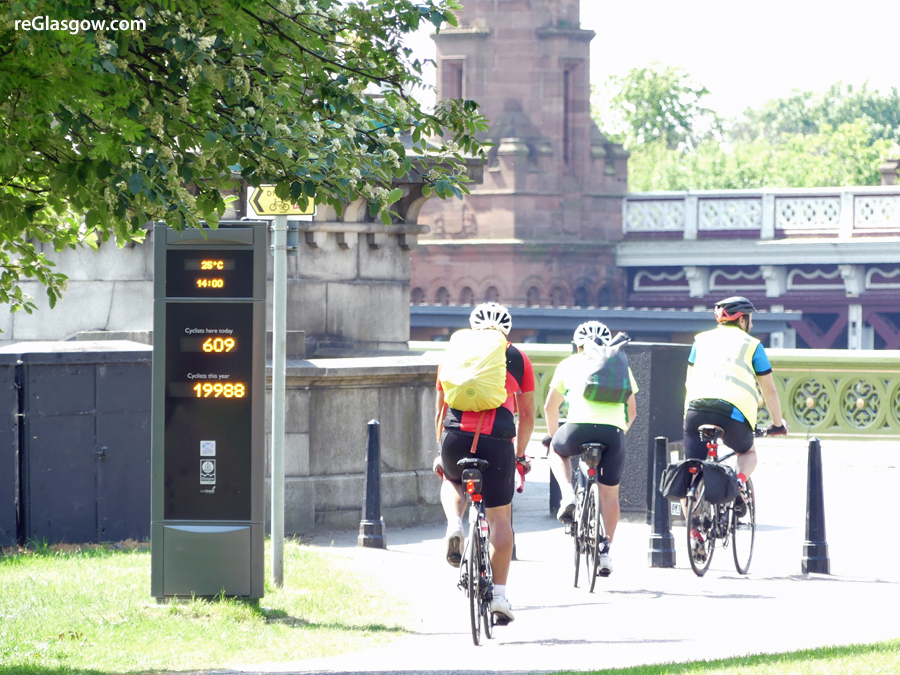 Councillor Anna Richardson, City Convener for Carbon Reduction and Sustainability, said: “We have long understood Glasgow Green to be one of the most popular spots for cycling in the country and Sustrans’s new digital counter will help to prove it.

“The Green is part of the national cycle network and provides immediate access to the Clyde Walkway, and is always buzzing with people cycling either on their way to work or enjoying their leisure time.

“Having access to this information will show the growing number of cyclists in Glasgow and encourage more people to join in.

“There’s no doubt cycling helps to keep people healthy but it is also a convenient form of transport as well as having a very positive impact on the wider environment.” 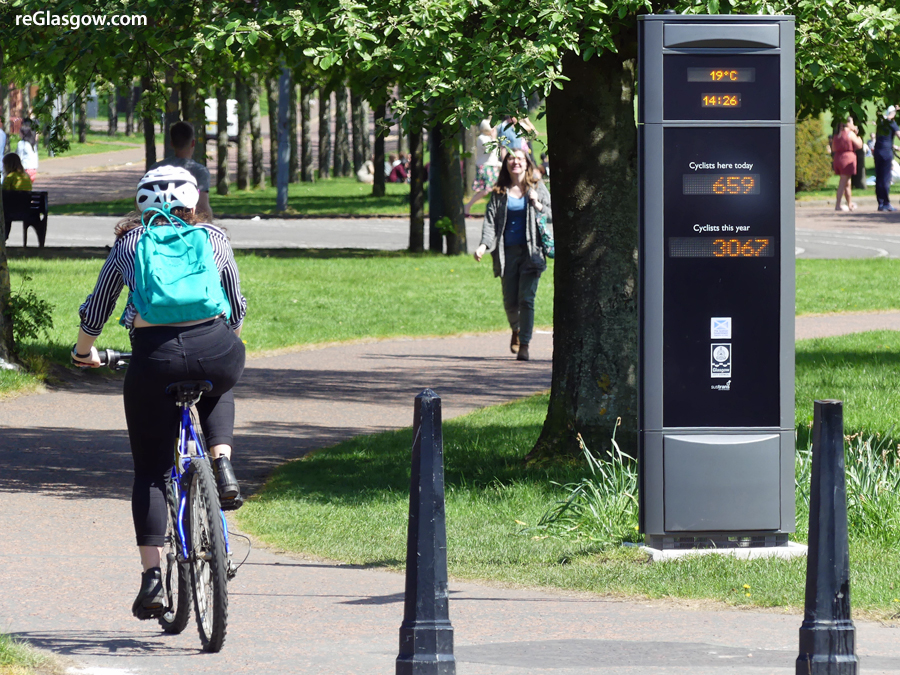 “These innovative digital cycle counters will help illustrate that growing numbers of people are pedalling to their destination rather than driving.

“The cycle counters are a fantastic way to encourage commuters, families and visitors to Glasgow to measure the impact of cycling in the local area.

“Choosing to cycle rather than taking the car not only helps reduce carbon emissions and tackle climate change but also improves our health and well-being.”