A £16.5MILLION plan has been drawn up to turn a historic former school building in Glasgow’s East End into the city’s fourth Gaelic primary.

City council officials are proposing the old St James’ Primary School in Green Street for the expansion of Gaelic medium education into the north east of the city.

The B-listed school closed in 2009 and is described as being in “poor” condition on Scotland’s Buildings At Risk register.

But a report updating councillors states: “Architects have produced sketches of how the current building could be refurbished and extended to provide a high quality learning environment.”

The document continues: “The total cost of the refurbishment has been estimated at approximately £16.5 million. Council officers would seek support from the Scottish Government through the Gaelic Capital grant, and the Scottish Government’s Learning Estate Investment Programme…and the Council’s own capital funding.

“At this stage, therefore, it is not possible to provide an estimated opening date for the new school.” 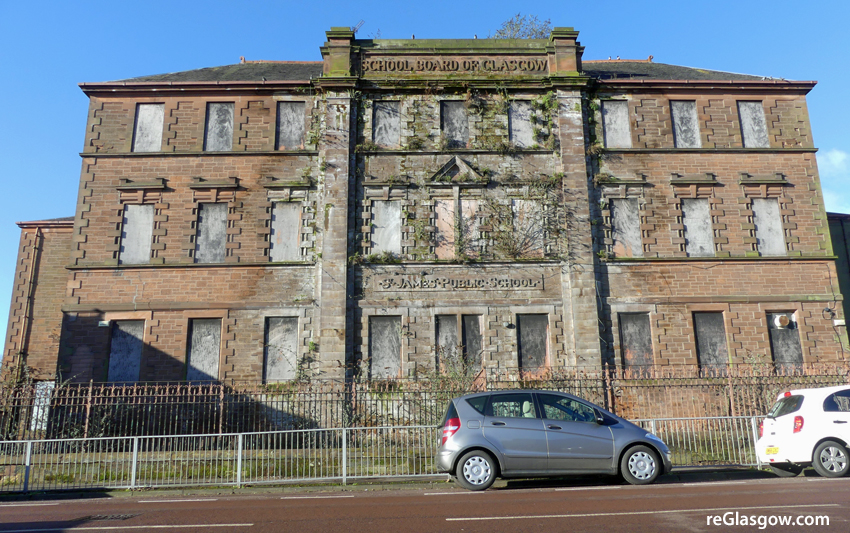 Designed by Thomson and Sandilands (John Thomson was the eldest surviving son of the architect Alexander ‘Greek’ Thomson), the school was listed in 1993 by Historic Environment Scotland in particular for its fine stonework detailing.

As with most Board schools of the time, the large classrooms were arranged around a top-lit central atrium bringing natural light into the central space and balcony circulation.

The teaching spaces arranged over three levels were accessed via two symmetrical ornate staircases with a variety of small offices at half landings.

Once refurbished and extended, the facility’s accommodation would include:

The school building and grounds cover a total area of 8,300 square metres, large enough to accommodate a generous play area with a mixture of hard and soft landscaping together with a seven-a-side pitch.

The City Administration Committee is being asked to approve statutory city-wide consultation over the the plan and other changes to
Gaelic medium education in Glasgow.