PLANS have been drawn up for a development of townhouses and flats in Tollcross.

The proposal by Tollcross Housing Association involves a site to the south of Trainard Avenue, on both sides of Altyre Street, near Tollcross Road. 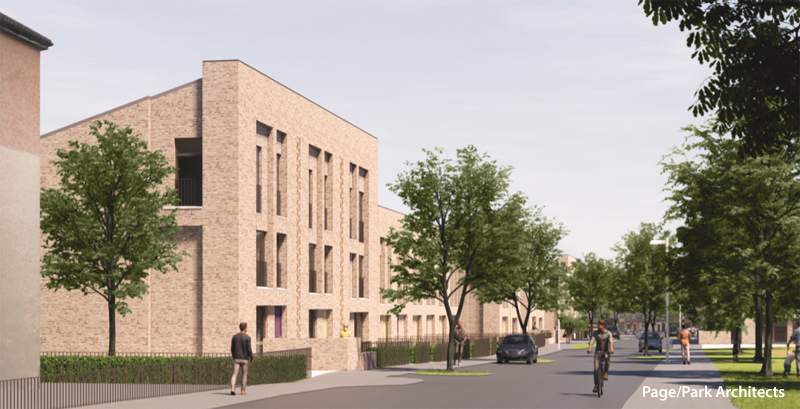 How the development would look from Trainard Avenue

There would be eight two-bed houses, 16 three-bed houses, five four-bed houses, 10 two-bed flats and four one-bed wheelchair flats. A disused playpark would be upgraded as part of the project.

A design document by architects Page Park states: “Tollcross Housing Association are looking to increase the amount of family housing in the area, and so are proposing a scheme which has a high proportion of houses.

“Page\Park Architects has explored with the association ways of combining flats and houses to create a housing development with an urban scale and the amenity of a conventional housing scheme.

“Uniquely, the association own properties on either side of the road, which gives opportunities not only to improve the built environment, but also the streetscape.”

“The new development would aim to be a high-quality designed place for people to live in, taking advantage of its proximity to Tollcross Park, and being part of the wider green network.

“Moreover, the adjacent play/sport park has the potential to become an active resource for visual and active amenity in the area, integrated within the new proposed development.”

How the development would look from Tollcross Road

The statement continues: “This development is divided into three, equally-sized blocks of three storeys, with vehicular access to the rear court in the middle and at the south of the development to enable off-street parking.

“This proposed site plan suggests reducing the overall width of the existing road to 5.6 metres, while widening the existing pavements on either side of the road to leave more room for pedestrians.

“The more informal street composition, with integrated sensitive soft landscaping, would help reduce traffic speed, while improving the overall character of the street.

“By reducing the overall width of the road, the on-street parking is restricted to visitors, and considers pedestrians as a priority. The street layout aims to create an environment in which walkability and social interaction are encouraged, in which pedestrians can walk, move around, or stop and chat safely.” 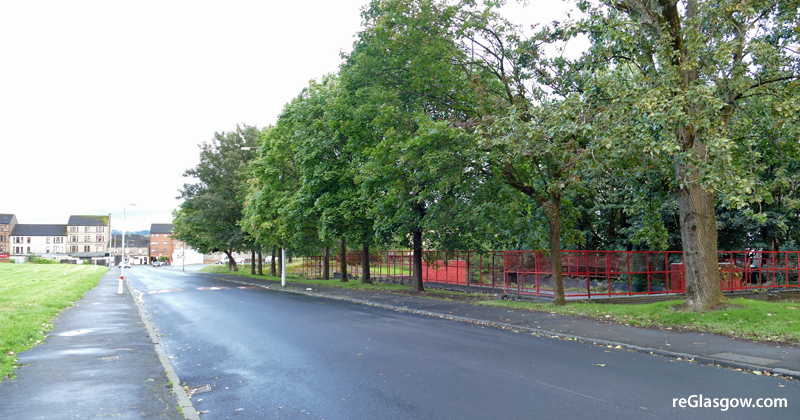