FLATS Plan Submitted For Site Beside Expressway At Partick

A CAR-free residential development is being proposed for an area of open space next to the Clydeside Expressway in Partick.

Forty-eight flats are proposed for the site at Beith Street by Clydeside BSW Developments Ltd. It is currently landscaped with trees, grass and a path.

There would be two blocks, one with six storeys and the other with four storeys, each containing 24 flats, a mixture of one and two-bedroom homes.

“Over the succeeding years these legacy brownfield spaces have become landscaped but, due to being unenclosed, provide very little amenity value other than to dog walkers, and their pets, and cyclists using the routes for commuting and leisure.

“The mature trees do however serve to provide visual amenity to residents by acting as a visual screen to the Expressway. For this reason the indicative layout included in this application seeks to retain the existing mature tree planting as much as possible.”

It continues: “The proposed residential blocks are the same height as the existing residences immediately opposite.”

The pedestrian and cycle route would be kept. An initial assessment found that nine out of 33 trees would need to be removed. 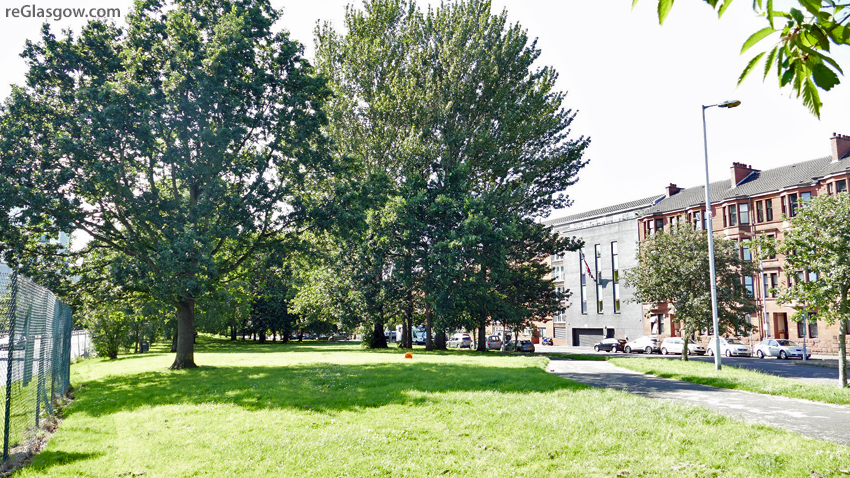 The document argues that the location is suitable for car-free housing because of nearby public transport, the cycle route and the controlled parking zone.

The application seeks approval for the principle of residential development at the site. If granted, detailed designs would need to be submitted for consent.