The firm will relocate from its current premises in Castle Business Park, Stirling in the autumn following a period of fitting-out. 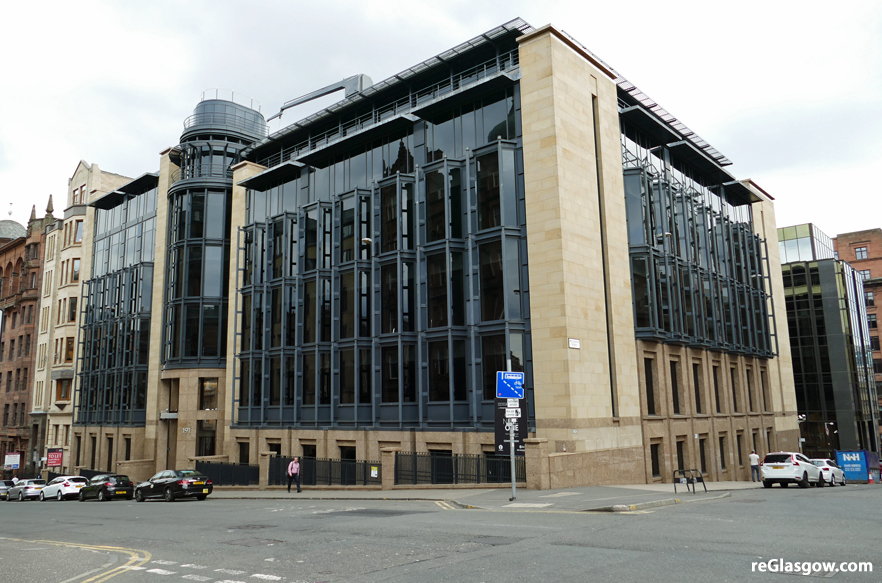 The business, which was formed 18 years ago, manages the sales, marketing and distribution in the UK for many of the world’s most iconic brands, including Jim Beam, The Macallan, Maker’s Mark, Highland Park, Laphroaig, The Famous Grouse and Courvoisier.

Neville Ross, finance director from Edrington-Beam Suntory UK, said: “This move to Glasgow city centre is in line with our strategy of investing in our people, key cities and our premium brands. This central location will base us in the heart of one of the UK’s largest and most vibrant and dynamic cities.

“191 West George Street is a fantastic building which will provide us with an ideal, modern work environment, fit for our present and future demands.”

The letting follows completion of a major refurbishment programme at the building. The £5.5million project created 87,000 sq ft of Grade A office space over six levels.

Helping to address Glasgow’s current shortage of Grade A space, 191 West George Street is the only significant self-contained prime office development in the city to complete within the last 12 months.

Tom Foley, NFU Mutual asset manager, said: “Launching a building of this quality and scale in Glasgow city centre is a real achievement and we’re proud to have delivered a high quality result. We have created large, efficient floorplates that have helped us to attract a high calibre tenant in Edrington-Beam Suntory UK, which is a real testament to the hard work put in by the entire project team.

“We had a vision of developing Grade A office space that could be tailored to suit a variety of business needs, and we have made a significant investment to ensure that we have accomplished this and put 191 West George Street on the map as a leader in prime office space in Glasgow.”

New features include a double-height foyer plus 50 cycle racks and sports-style changing rooms with lockers, drying rooms and high-powered showers.

Alistair Reid, director at 191 West George Street’s sole letting agent JLL, added: “We have been very encouraged by the initial level of interest in the building which is evident with this letting to Edrington-Beam Suntory UK. We are also in discussions with more occupiers and hope to make further announcements in the near future.

“With no new building developments completing in Glasgow until at least 2020, 191 West George Street is very well placed to capitalise on current demand.”