SCOTLAND’S first Low Emissions Zone was introduced in Glasgow City Centre at the end of 2018.

It aims to speed up the pace of improvement in the city’s air quality especially in the city centre so that it no longer breaches EU limits and Scottish objectives for nitrogen dioxide.

Detailed analysis of air pollution in the city centre found that, on the streets with the highest level of pollution, buses (60 to 75 per cent) and other diesel engine vehicles were the main source of pollution.

The LEZ is being introduced in two phases. The first aims to improve emissions from bus journeys going through the city centre, improving air quality in the LEZ itself but also benefiting other parts of the city the buses are in.

A proportion of the bus fleet going through the city centre is now required to meet the Euro VI diesel engine standard, which is proven to meet nitrogen dioxide emissions objectives.

This is on a rising level of 20 per cent of bus journeys each year, starting this year and leading to full compliance for all bus journeys by the end of 2022.

The first year requirement became a licence condition for bus operators in the city centre, and the council report that, on average,  around 30 per cent of all bus journeys are now around compliant. 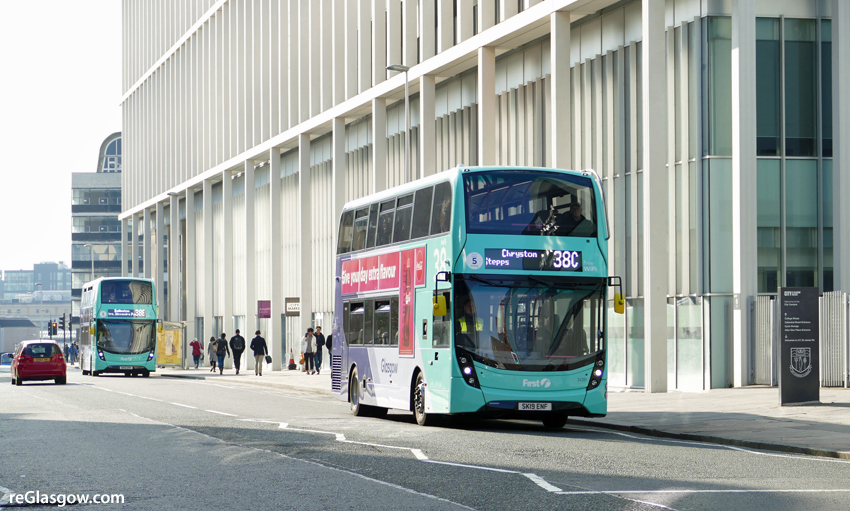 The council say that the improvements to the bus fleet directly arising from the introduction of the LEZ are already delivering an annual reduction of 20 tonnes of nitrogen dioxide emissions in the city centre.

The second phase of the LEZ will apply to all vehicle types and come into place at the end of 2022. It will require vehicles to have a minimum emissions of Euro VI for diesel engines and Euro IV for petrol engines, making Glasgow’s LEZ one of the most ambitious in the UK. Its standards will be equivalent to those required by London’s Ultra Low Emission Zone.

It will be enforced through a network of ANPR (Automatic Number Plate Recognition) cameras, with penalty notices issued to non-compliant vehicles. ANPR cameras are the same kind of technology in use for the council’s bus gate enforcement and they are linked to the national driver and vehicle database.

Glasgow will not introduce a daily charge for non-compliant vehicles as some cities (such as London) have done. The council say this is because the LEZ is not intended to be a revenue raising measure, but a public health intervention to improve air quality.

Work is being undertaken with Transport Scotland to engage with the motor trade in Scotland to ensure that people can be informed of the Euro rating of the engine when buying a vehicle.

Council staff admit that public familiarity with the Euro rating and its meaning is unlikely to be high at the moment and it is acknowledged that there is a significant task ahead to address this.

There is also ongoing action by vehicle licensing authorities to build an on-line number plate checking resource on vehicles and their Euro engine standard, which residents and visitors will be able to use in order to see if their vehicle will be compliant with the requirements of the LEZ.

A programme of public engagement events is planned to commence in the autumn, although some issues of the greatest interest to the public — such as exemptions, penalty notices and grace periods — can’t be settled until decisions are taken at Scottish Parliament level.