END Of The Road Coming Within Weeks For Riverside Traffic Route

A BUSY central Glasgow riverfront road will close to traffic permanently at the start of October.

Clyde Place and part of West Street will shut from 1 October as part of the massive Buchanan Wharf development in Tradeston. 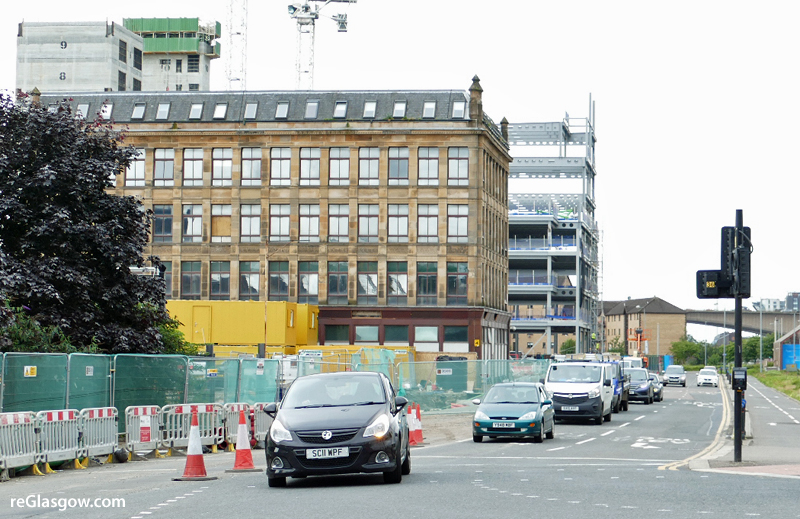 The road will be stopped-up between Riverview Gardens and Commerce Street. 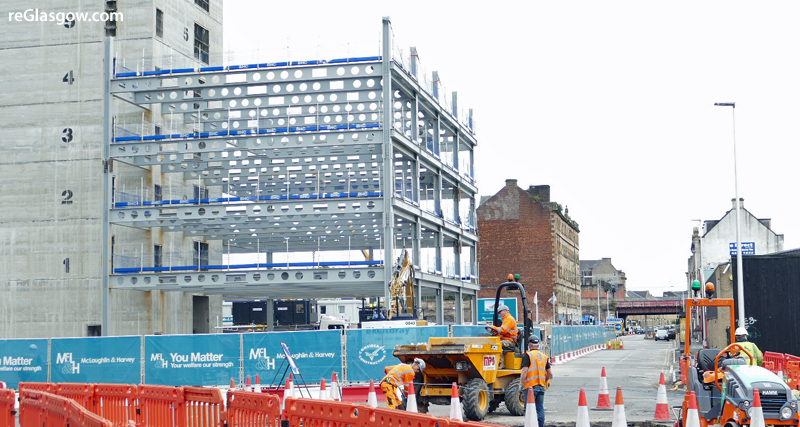 As part of the changes, the direction of travel on Kingston Street, above, will become eastbound only.

From 20 September, Kingston Street will be closed to allow for the installation of new traffic signals, resurfacing and lining works.

It is anticipated that these works will be completed by 26 September.

Clyde Place was a four-lane traffic route before work began at the site last year.

The closure will allow creation of new public realm that will integrate with the existing riverside. there will continue to be a cycle path at the site. 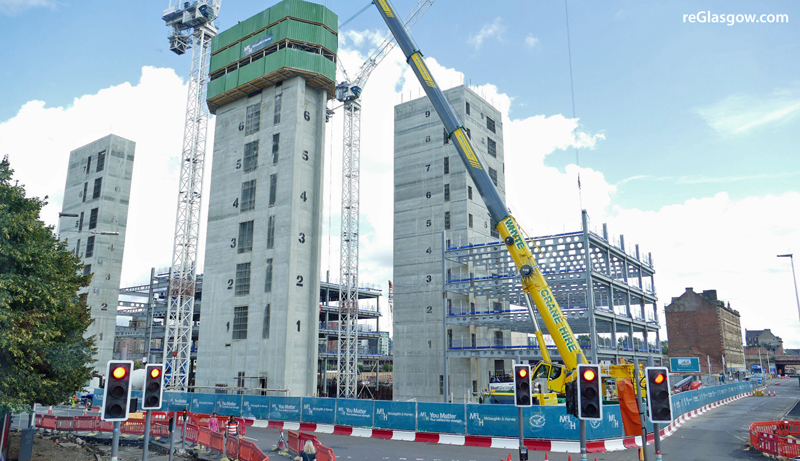 Buchanan Wharf — a development by Drum Property Group — will provide more than one million square feet of prime Grade A office space, more than 300 homes, an early years facility, a mix of local amenities and major public spaces.

Construction is well underway on the office campus for Barclays Bank which will house thousands of employees.