WORK on a high-rise 414-bedroom student accommodation block is due to get underway at a high-profile site in Glasgow City Centre.

The 19-floor building will be at the corner of Cathedral Street and North Hanover Street, the site of the former St Andrew’s Free Church which was then used as a Forrest Furniture store. 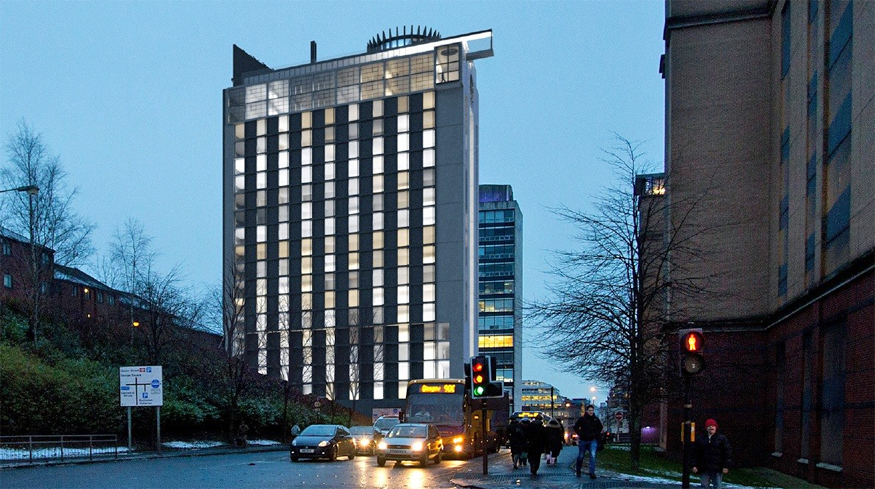 How the building is expected to look from North Hanover Street

It will feature a circular rooftop viewing deck and social space on the 19th floor giving panoramic views of the city.

Permission for development of the site for a 368-room facility was given in September 2015 and an amendments — including increasing the accommodation by 46 bedrooms — was granted in June 2016. 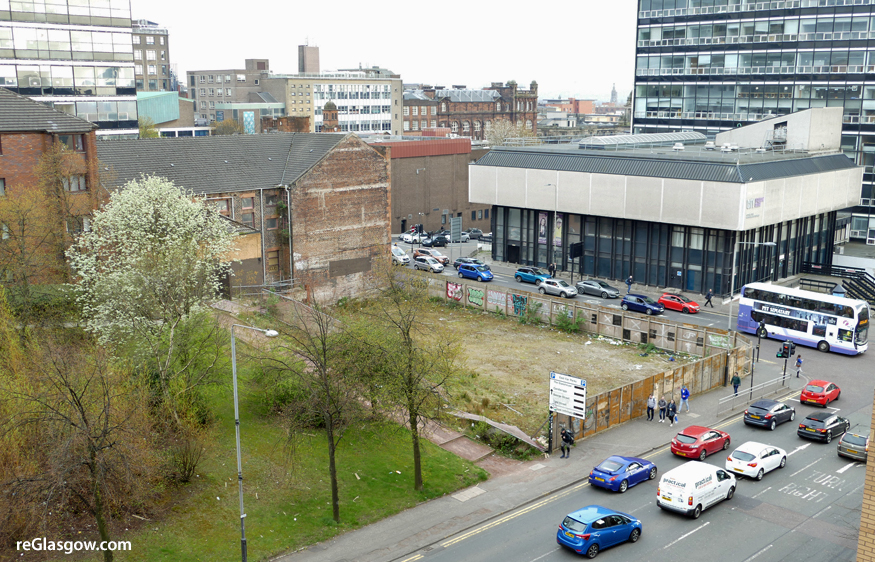 Planners stated at the time of the initial consent: “The proposal demonstrates a high standard of design and has been through significant design development.

“The building will be highly visible, but these impacts have been assessed via a townscape analysis with short, medium and longer distance views being reviewed and found to be acceptable.” 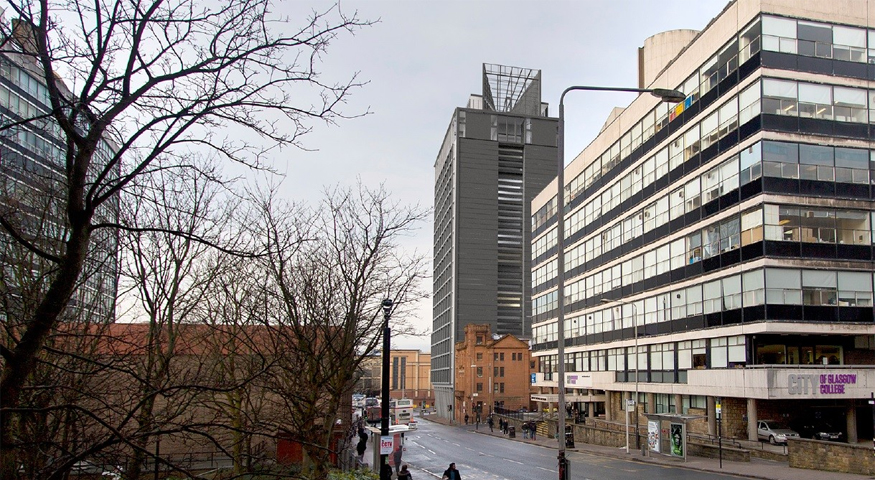 Above, how the building is expected to look from Cathedral Street 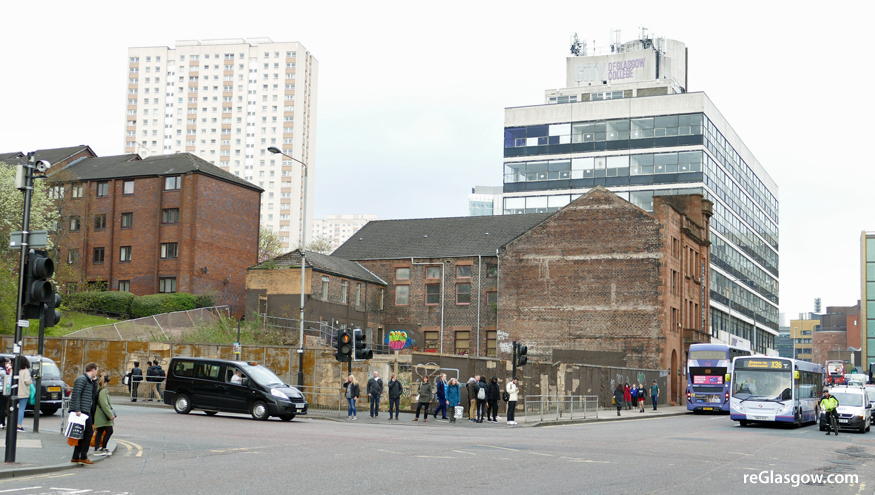 Their report continued: “At upper floor levels, the building creates a strong skyline presence with two predominantly glazed floors above which a deck with internalised student amenity facilities will allow panoramic views of the city.

“Above this a circular viewing deck adds a crown-like object to the roof of the building, paying respect to the interesting roof-top designs of the neighbouring modernist buildings of the [former] College of Building and Printing and Charles Oakley building.” 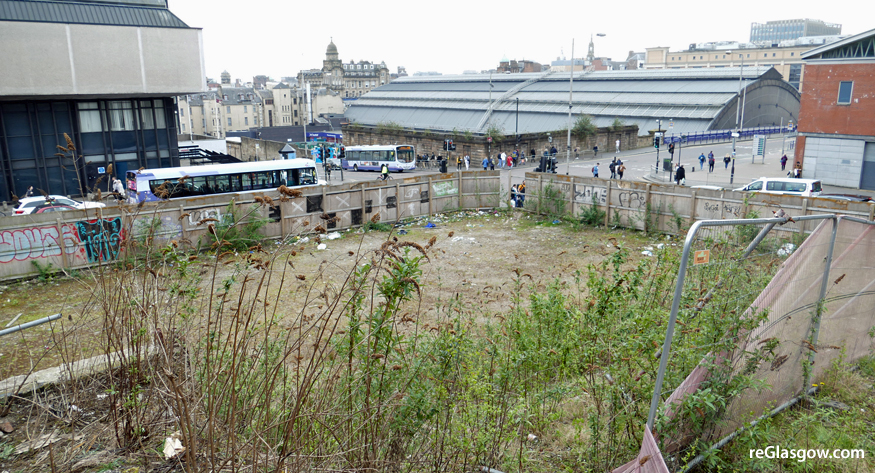 The developer has now notified Glasgow City Council that it intends to start construction and an initial building warrant has been granted. 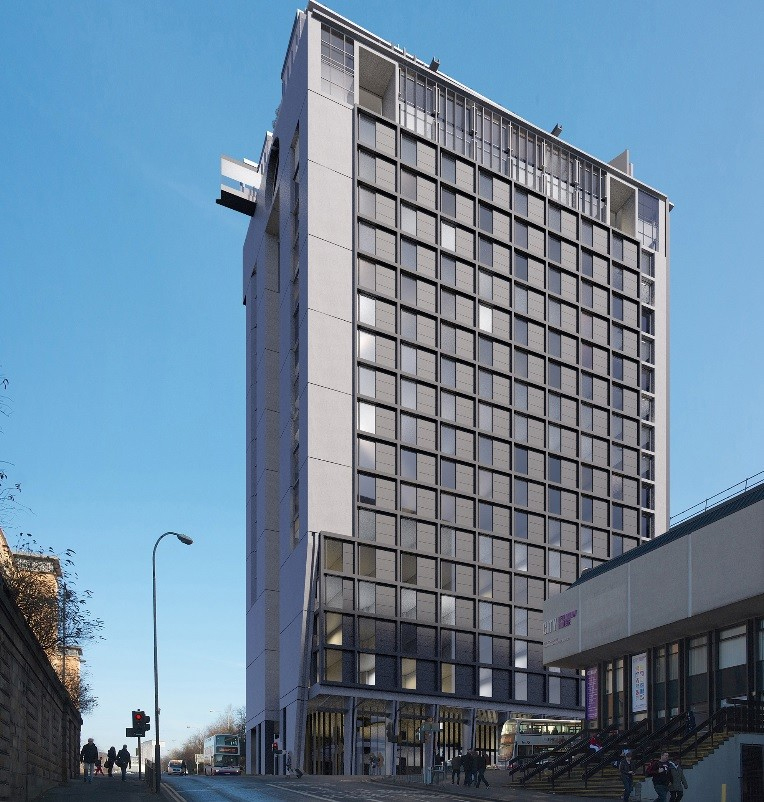 Another view of how the building is expected to look