PLANS have been drawn up for an extension to Govan Old Church as part of a project to give the historic site a new future.

The structure will contain office space, for use by a single tenant, as well as toilet provision and a lift which will service proposed public-facing functions of the church building. 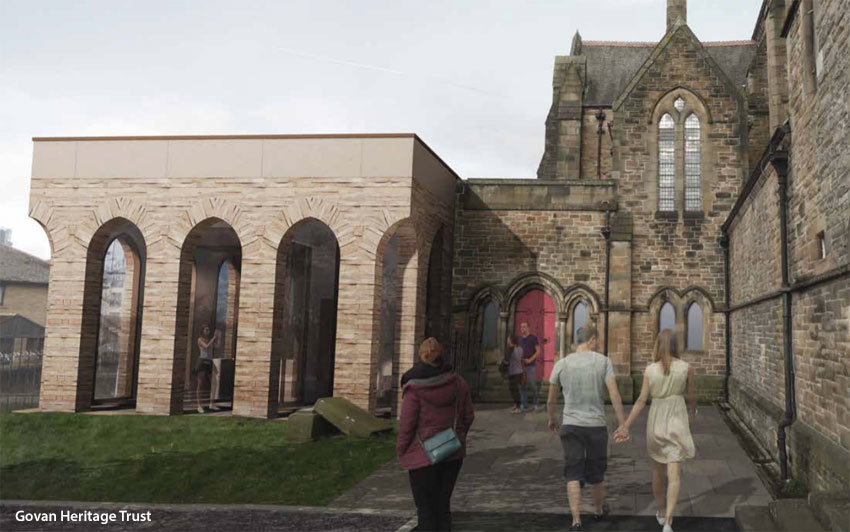 The facilities will allow the main church building to function as a venue for events such as weddings, concerts and other gatherings.

The plan has been brought forward by Govan Heritage Trust which was formed in January 2015 to save the A-listed former Govan Old Church and, within its walls, the Govan Stones – one of Europe’s finest collections of Medieval sculpture. 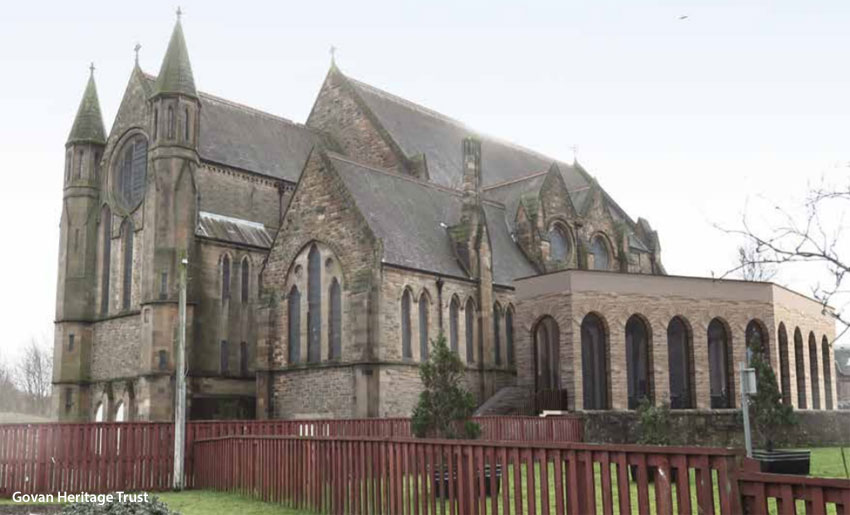 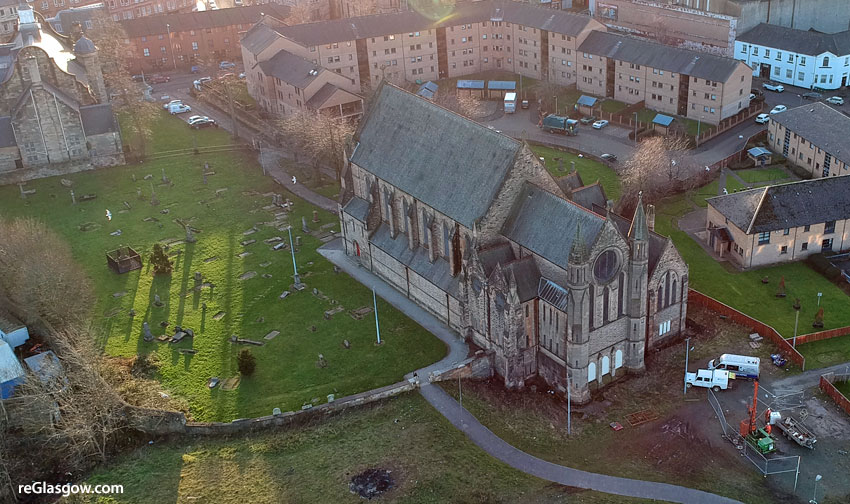 Both faced uncertain futures when closure of the church building was announced.

The project aims to give the site a new future within a self-sustaining community enterprise that will bring it to the forefront of public attention culturally and use it to generate social and economic benefits for Govan. 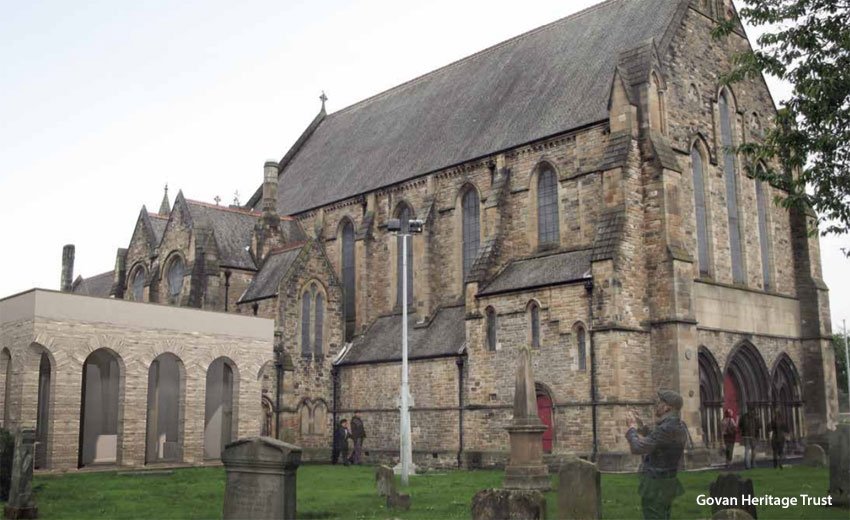 A high-quality museum and tourist attraction will be created and a property letting enterprise will be set up which owns and manages business space on the site and whose profits cover running costs.

There will be a number of phases to the overall development. Others include a low-lying new-build studio to the north, internal refurbishment of lower ground floor office space in the main church building, landscaping of the grounds and restoration of the main building. 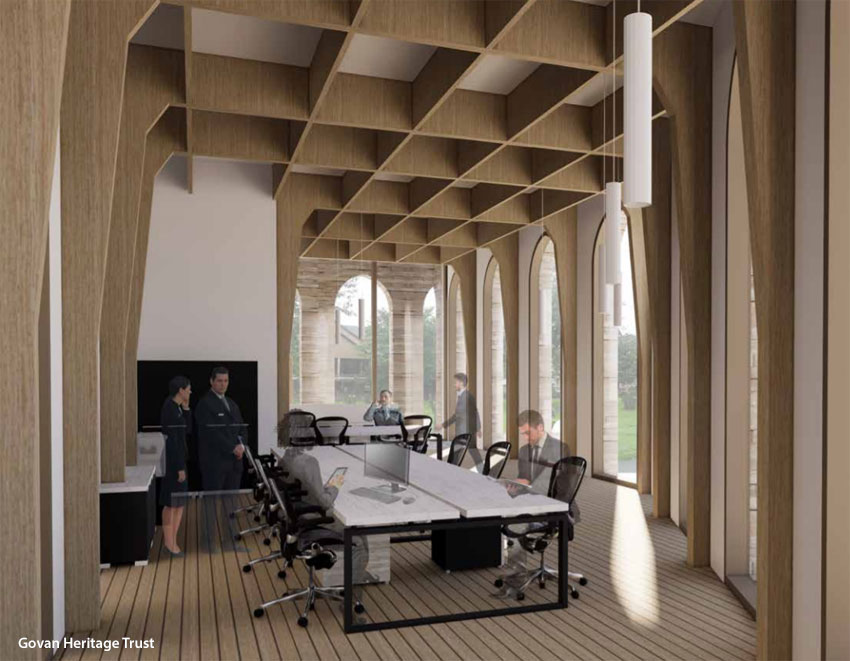 A document submitted with the planning application states: “The extension to the main church building is envisioned as a ‘cloister’ — an enclosed space with an arcade around its perimeter, formed from hewn stone, which will be both sympathetic to the adjacent church whilst clearly distinguishing it as a modern intervention.” 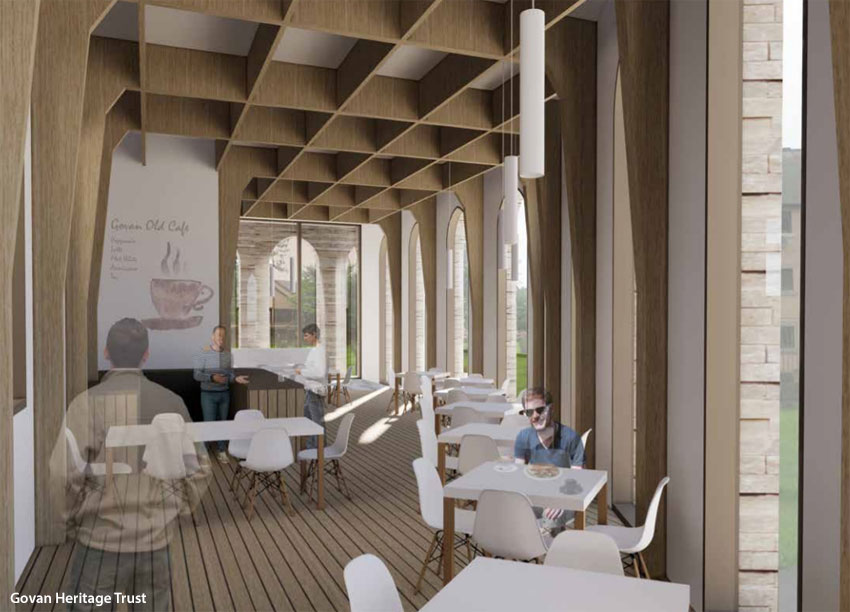 It continues: “It is intended that the office space will be future-proofed to allow for this space to become a cafe to service the main church building (which will itself eventually be realised as a visitor experience for the Govan Stones as well as a venue for events) should the business plan for the overall development require it.

“As such, the proposals should be viewed as a piece of a much wider strategy which will see the area around Govan Old transformed with the extension providing flexibility to cater for the evolution of the site.”

It continues: “With the construction of the pedestrian foot bridge, Govan Old would lie at the end of what might be seen as a ‘circuit of culture’, extending into Glasgow’s West End along the Kelvin Walkway.

“Along this route lie the Riverside Museum, Kelvin Hall and Kelvingrove Museum, with several of Glasgow’s other key cultural amenities, including the Hunterian Museum and Glasgow University, also being within walking distance.

“As such, the site presents the opportunity to add to and consolidate a cluster of cultural institutions whilst also providing a hub for visitors from which to explore these amenities and the wider Govan area.”

The extension proposal is pending assessment by city planners.