GLASGOW councillors are being urged to approve £15million towards the city hosting most of the events in the first ever World Cycling Championships, taking place in August 2023.

The world governing body for cycling, the Union Cycliste Internationale (UCI), revealed last year a plan to combine around a dozen existing individual cycling world championships into one major event every four years.

Following an approach by Glasgow and EventScotland, the UCI has given an exclusive opportunity to Glasgow/Scotland to present its case to host the first championships. The final submission, including funding commitments from the major partners, has to be made by February 2019.

A report to city councillors stated: “This will be the biggest cycling event in the world with over 100 countries represented and over 200 World Champions being crowned during the course of the Championships. The huge media interest will guarantee worldwide broadcast coverage delivering massive international profile for both Glasgow and Scotland.

“Being the first ever hosts of this event, which will become the pinnacle of the international cycling competition calendar, will cement Glasgow and Scotland’s position as a worldwide leader and innovator in the planning and delivery of major sporting events.

“Uniquely, Glasgow and Scotland have the opportunity to host a World Championships of this scale, unchallenged, and without the resource and cost implications of undertaking a formal and time-consuming bid process as would be the case for any other World Championships.

“In order to determine the feasibility, appetite and ambition to host this event, a partnership approach has been adopted by EventScotland, Glasgow Life, UK Sport, British Cycling and the Scottish Government to work collaboratively to develop a robust business case.” 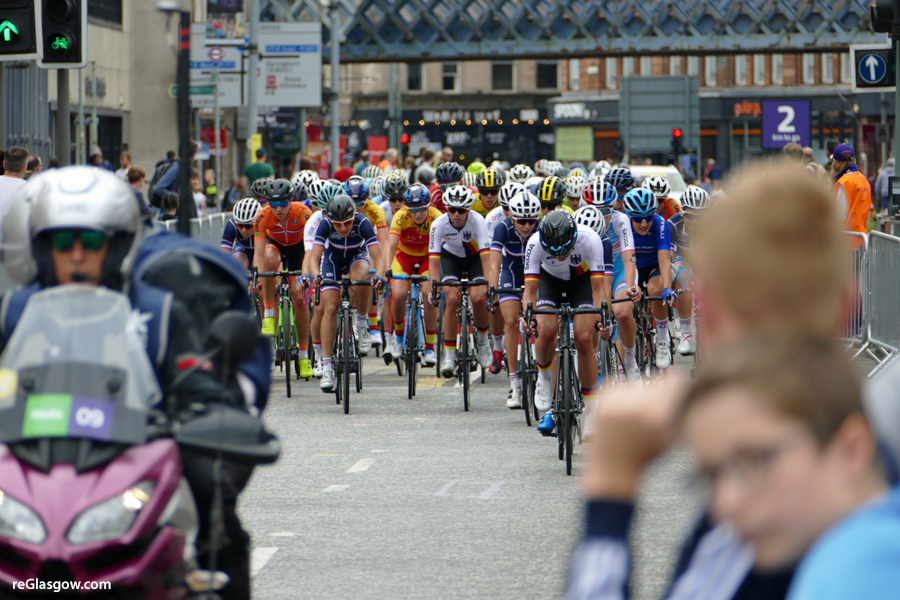 In addition the UCI will plan to host its annual congress during the World Championships, and there is an opportunity to host a trade and consumer biking expo, both in Glasgow. Glasgow would be the accommodation hub for the UCI, the vast majority of athletes, team personnel and media.

The city would also be the hub of an associated cultural and community programme and festival, much like last year’s European Championships.

The report, to be considered by the City Administration Committee next week, continues: “The UCI has on numerous occasion cited its belief in Glasgow as an exceptional host of major events, in part due to the success of the first European Championships in the summer of 2018.

“Glasgow is unique in the sporting world for having four cycling venues that can host the main cycling disciplines in one city.”
The Sir Chris Hoy Velodrome, Glasgow BMX Centre and the city centre for the road race finishes have all been agreed as locations. Cathkin Braes is currently under consideration as the location for the Mountain Bike Cross Country Championships, along with Fort William and Glentress. If Cathkin Braes is not selected, the city will host a festival/participation event there as part of the overall championships.

The report also states: “Hosting this event will contribute in a tangible and meaningful way to the city’s cycling strategy vision “to create a vibrant Cycling City where cycling is accessible, safe and attractive to all”. The Championships has the potential to act as an accelerator for capital works to improve the city’s cycling infrastructure.

“This event will assist in making cycling a popular mode of travel for those people who live, work and visit the city. It will support the health and well-being of our residents and will contribute to Glasgow’s aim of being one of the most sustainable cities in Europe. The event will support cycling as a participation activity for all and will build on the accomplishments of, and continue to support, Glasgow’s talented, competitive cyclists.”

The Scottish Government is currently considering the request for them to become the majority funder — the total cost of the even is estimated at £50million. although it’s “conservatively” estimated that the championships should deliver £67million direct benefit to the Scottish economy.

It is expected that the official title of the event will be “UCI World Cycling Championships -– Glasgow and Scotland 2023”.